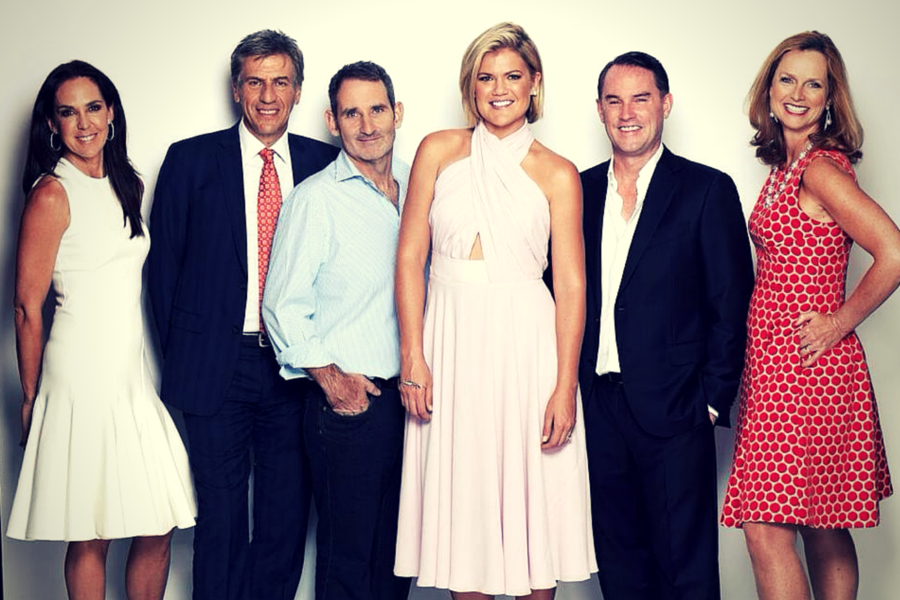 Last night marked the premiere episode of new Channel Ten program, Shark Tank – originally an American show that started in 2009. Shark Tank has now been running in the US for six seasons and over one hundred episodes. Australia and Portugal are the only two countries in that time to ever launch a local version of the show, both premiering this year.

One of the stand-out features that has made the US version the sales driving juggernaut that it has become is the relationship between the sharks on the panel; their interactions are subtle yet it is also the glue that holds the show together. There has been some speculation by people in and around the media leading up to last night’s episode that maybe our Australian sharks wouldn’t be able to measure up to their US counterparts. Likewise, there has been chatter regarding the size of the Australian marketplace and that in a country of over 20 million people in comparison to that of over 200 million people in the US, we would perhaps find it difficult to keep the new ideas and inventions flowing in.

In terms of the deal flow factor, those spouting this rhetoric are pretty much just wrong. The mere fact that this publication profiles new entrepreneurs everyday and has done so going on almost four years now is proof that the concept of ‘ideas’ is alive and well in Australia. Therefore the success of our local version of this show rests solely on the shoulders of the ‘sharks’.

Obviously every single one of them has enjoyed massive success in their own entrepreneurial ventures, but television is a whole new game. So will Channel Ten boss Hamish McLennan channel his inner Colin Barnett and order a shark cull in the upcoming months?

Let’s have a look at last night’s episode and see if we can predict the answer.

The Australian version of the show has stuck close to the original format. Everything from the set design to the backing music throughout the show is the same and it works brilliantly. One of the biggest challenges that the show was going to have was the ‘hardcore fans’ that religiously watch the American version each week using a geo-location workaround on services like Hulu or by downloading illegally. These small familiar touches would have kept these fans comfortable.

The Australian sharks all possessed their own unique style, it was great to see their personalities translate so well on screen from the get go, as the episodes go on, we should see a lot more about who they are, what they like and what type of personalities they prefer to invest in. I also liked the straight forward ‘Aussie’ approach the sharks had, there was no mincing their words when it came to feedback and as a result I feel that there were a lot of home truths that were put out into the mainstream media about the general day to day lives of startup founders.

Given the fact that it was the first show, I realise that there would have been a shit-tonne of nerves happening with those that were pitching to the sharks, but I feel it needs to be said that in comparison to its American counterpart the pitches were lacklustre – like how about cracking a smile, guys? Nobody wants to invest their money into Debbie Downer’s venture.

Whilst Americans can be a little over-the-top with their pitches on the show, the typical Aussie low-key approach is not going to be enough to sustain audience numbers because boring equals forgettable. Anything that gains investment that is forgettable will not be able to leverage the television coverage correctly to increase sales – and that is a problem for everyone involved in the project.

It was clear that the research team have put in a lot of effort to canvass a wide variety of different types of businesses. Last night we saw two product pitches, a technology pitch and a licensing pitch.

The first pitch, The Cricket Cooler, in terms of delivery was the strongest – at least it started out that way. The Cricket Cooler was already an identifiable product within the Australian market gaining traction last year after its successful Kickstarter campaign that raised $41,000, slightly above its $40,000 goal.

The second pitch, Rent Resume was the tech-play of the night. The pitch was kind of like watching someone shoot a puppy. It was horrible to watch, and you couldn’t help but feel sorry for the guy. Essentially we saw his entire business get euthanised on national television.

The pitch that piqued the most interest of the night as far as the sharks were concerned was an electric skateboard product called Case Boards. It was a pretty shaky pitch out of the gate, but once the entrepreneur got going, the ‘novelty’ of the product became clear and the potential it has in the US market was enough to attract four sharks to make offers.

The final pitch was perhaps the one that everyone will be talking about today – HamDog. Apparently the only patented fast food product in the world. At first it appeared that the entrepreneur presenting the concept was jerking the chain; he was after all only asking for $1 for a fairly sizeable stake in the company. However when he explained that he was seeking to license or sell the patented product the value proposition didn’t seem all that crazy.

One of the biggest gripes that I had with the pitches was the lack of props. That is something that Shark Tank US puts a lot of focus on. A screen and a laptop just doesn’t really cut the mustard when you are doing something like this for television. The set tells a story, the set engages. That for me was the missing secret sauce from last night – the pizazz factor.

The show is important for the local startup ecosystem

Throughout the show there were important pieces of advice that were given out to the entrepreneurs that were pitching. One of the key mentions was the discussion on what type of wages a founder of a startup should be drawing from their business. Something in the end that really hurt the initial interest of the Cricket Cooler’s founder’s pitch.

The most important thing to come out of last night however was the fact that now Australian entrepreneurs and startups have something tangible as a point of reference when explaining to others what it is that they do. The differentiation between fast growing businesses of scale and the entrenched idea that ‘small businesses’ are startups was also visited throughout the show, albeit subtly. Perhaps being able to demonstrate to those in public service at local, state and national level the very real differences between the two types of models will enable us to have more productive discussions as the show (hopefully) gains an larger audience and becomes more popular.

Previous article It may not be as big as Sydney or Melbourne, but Adelaide startups have a shit-tonne of support
Next article Does Australia really need a job search platform for the healthcare niche?
Via Topics
Tags Andrew BanksChannel TeninventionsJanine AllisJohn McGrathNaomi SimsonProductsShark TankstartupsSteve Baxtertech