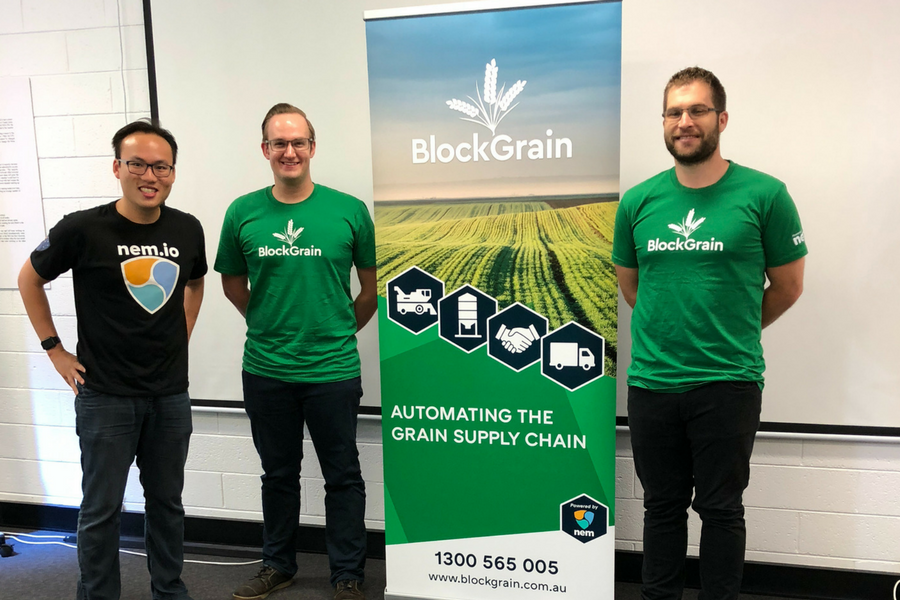 Founded in 2014, BlockGrain allows growers, brokers, and logistics companies to track grain at harvest and through the supply chain to consumers.

BlockGrain cofounder and CEO, Caile Ditterich said that with the startup now at the stage where it’s ready to investigate the potential application of blockchain into its platform, it’s looking at NEM’s technology to help automate and provide greater visibility within the agriculture supply chain; the funding will go towards the integration.

“BlockGrain was created with the mission to solve real life problems faced by the agriculture industry today. We know that the complexity of the supply chain, coupled with lack of meaningful information and data, result in major efficiency and productivity issues for our farmers, brokers, and logistic companies,” Ditterich said.

Jason Lee, director of the NEM.io Foundation for Australia and New Zealand, said BlockGrain is an example of a potential real use case of blockchain.

“For the past few months, we have been looking for companies in Australia that have been developed to either improve the way companies do business or are aiming to make a societal difference,” he said.

“BlockGrain is on a clear path to making this a reality and partnering with them is a natural fit for NEM. They understand how they can benefit from blockchain and how it works, and we’re confident we will be able to integrate their current business into our platform.”

NEM is a peer-to-peer smart asset blockchain, built to enable startups and businesses to integrate its system through a ‘plug and play’ approach, with XEM its own cryptocurrency.

The NEM.io Foundation, a non-profit organisation, was founded in Singapore in 2015 to support the further development of NEM’s blockchain tech and grow the community of NEM users and developers across the world, last year launching the $90 million global development fund to support this. It expanded into Australia late last year.

Funds are distributed according to votes via the NEM Blockchain Community Fund platform; companies post about themselves and their idea, with users then voting for those they like. Popular companies are then presented to the NEM.io Foundation, which conducts due diligence.

Having received a $95,000 grant from the Advance Queensland Ignite Ideas Fund last year, BlockGrain has a number of clients on board ready to start using its platform as it becomes available over the coming months.