Prospa beats its prospectus forecast earnings by 11.5% in FY19 results 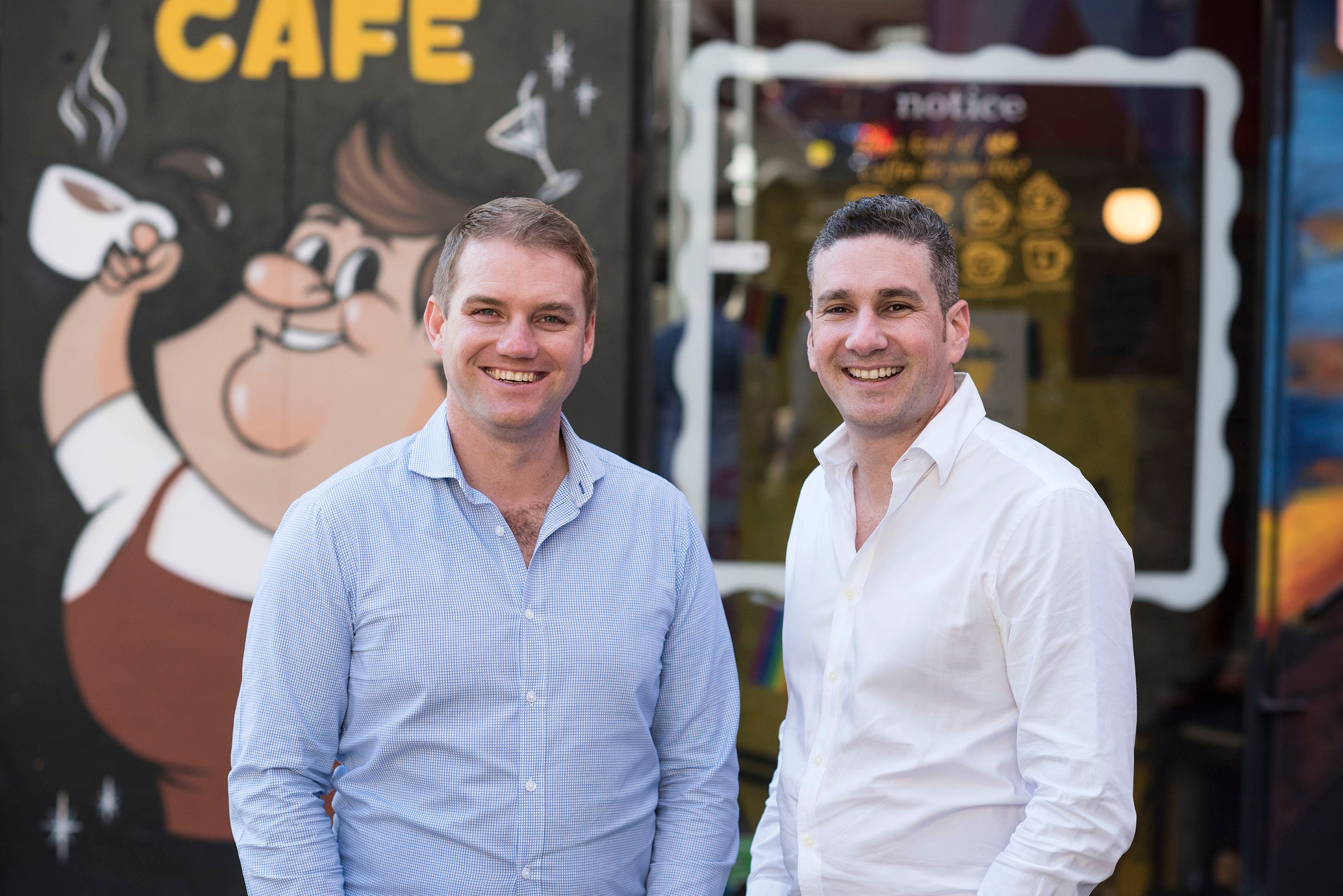 Online business lender Prospa has announced its first full-year results since its June listing, with revenue in line with forecasts but FY19 earnings before interest, tax depreciation and amortisation (EBITDA) beating the prospectus forecast by 11.5% at AU$6.8 million.

While the EBITDA result was down 16% on the previous year, it was bolstered by improvements in loan impairment expenses and lower funding costs.

Statutory net profit after tax (NPAT) was a $24.7 million loss, roughly in line with the FY18 result, with the figure including $22.3 million in IPO costs and adjustments on convertible notes turned into ordinary shares at the float.

The company (ASX: PGL) has now handed out around $1.2 billion in loans to around 20,000 customers in the seven years since launch. 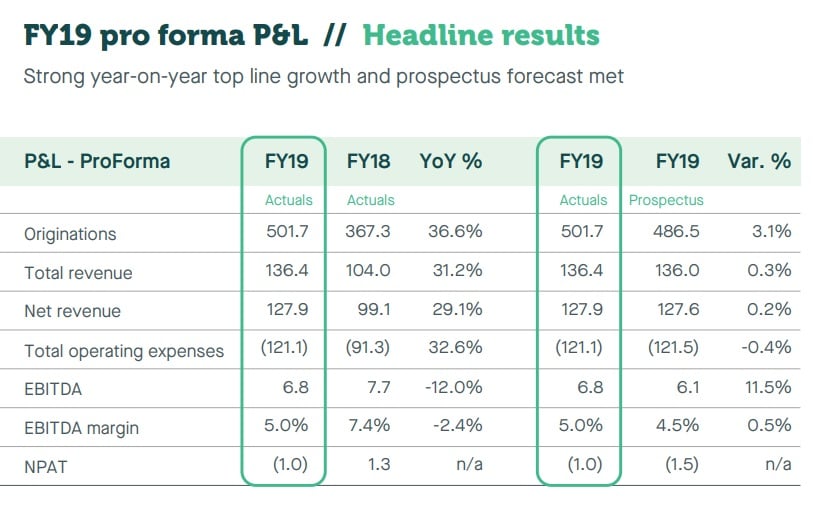 Loan impairment expenses were below the prospectus forecast by 5.3% at $1.7 million.

Prospa also appears to be attracting better quality borrowers, with premium risk grades at 39% of the loan book portfolio at June 2019, up from 26% a year earlier.

The company said it made a number of changes to its small business lending in the last year, including increasing the maximum loan amount by $50,000 to $300,000 and increasing the loan period to up to 24 months.

Meanwhile, 15% of applications were assessed in real time, up from 8% last year, and that figure is expected to double again in FY20.

In the final quarter of FY19 Prospa launched an updated loan rate card with simple annual interest rates from 9.9% to 26.5%. The company says that will attract certain lower risk profile customers who are typically more price sensitive.

“We continue to see Our customer numbers have grown 58% on the prior year, and this demand, plus the strong growth in New Zealand, demonstrates we’re providing a much needed service to small business owners,” he said.

“During the FY19 reporting period we met or exceeded our operating metrics from our 2019 Prospectus. We will continue to focus on accelerating our core product in both the Australian and New Zealand markets, and invest in growing our Line of Credit and ProspaPay products.

“Given this positive business momentum and our market leading position, we remain on track to deliver our CY19 prospectus forecast.”

Prospa estimates its potential in New Zealand at more than NZ$4 billion annually. The company originated NZ$24 million of loans to more than 700 NZ small businesses to 30 June, at an average loan size of  NZ$27,000 and average term of 13 months.

Meanwhile, Prospa lowered its funding cost rate by 100bps from 8.5% to 7.5% in FY19. The company also used a portion of the $60 million raised in the June IPO to repay corporate debt, for a per annum saving of $2.2 million in corporate interest expense.

“During the last 12 months Prospa has delivered strong financial performance, including the addition of incremental New Zealand originations and early contributions from Line of Credit and ProspaPay,” he said.

“We’ve also taken significant steps to lower our cost of funding over the period; and grow our premium risk grade through the introduction of a new rate card for our core small business loan product. We have a balance sheet primed for growth.”

In initial trade on Thursday morning following the results, Prospa shares rose 3.5% to $4.50. The company listed at $3.78.