Techfugees is back to celebrate how refugees make Australia a smarter, tech-based nation 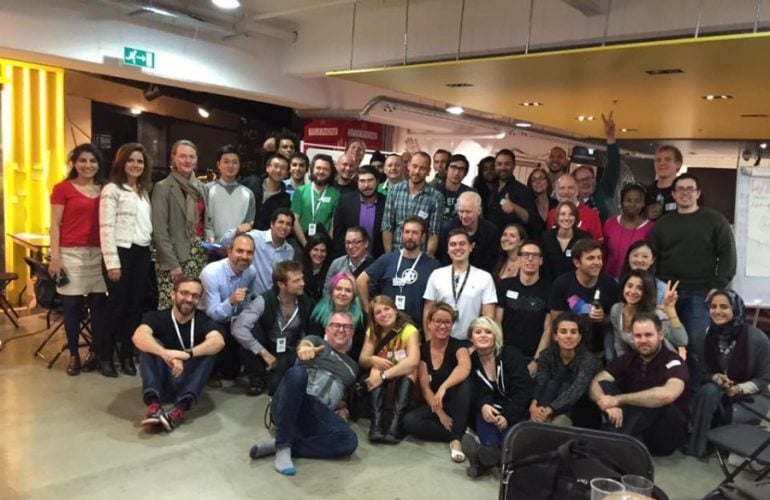 Techfugees Australia back when it all started in 2015

Never doubt that a small group of thoughtful, committed citizens can change the world; indeed, it’s the only thing that ever has.
Margaret Mead

Techfugees Australia is coming back with a meetup on World Refugee Day on June 20.

From one kick-off tweet in 2015, we rapidly expanded into a national #techforgood organisation running hackathons and meetups around the country.

Numerous companies and not-for-profits have formed at Techfugee Hacks but it is the community formed and deep understanding of refugee challenges that creates the magic.

At our first Hack in 2015, Nirary Dacho, a Syrian refugee, university lecturer and talented techie shared how hard it was finding work in Australia and his dreams for a better future. That weekend, he met Anna Robson and together they co-founded Refugee Talent, which is still running today.

Around the country, our events have been supported by an inspiring array of big tech businesses including TripAdvisor, Transferwise, Atlassian, Grok Ventures, Microsoft and many more.

The ethos of getting sh*t done in a fun and co-operative atmosphere has attracted the best people from across the political spectrum.

In the Techfugees Hall of Fame, new Federal Minister for Industry and Science, Ed Husic stands out.

Ed has been a long term supporter and dedicated participant at our events and ‘mentioned’ Techfugees in the Australian Parliament as an example of the power of grassroots organisations to deliver results.

Now after several years hiatus, Techfugees Australia is swinging back into action as the war in Ukraine forces huge numbers of people to flee their country again.

We felt it was time to bring our community together again to welcome the next generation of refugees.

At the event, there will be speakers and pitches in a warm and fun atmosphere hosted by long-term supporter, Mayor Ned Mannoun from Liverpool City Council.

The meetup will include entrepreneurs we met through our events, like Niray Dacho (cofounder of Refugee Talent) and Shaqaeq Rezai our youngest ever participant, Dor Achiek from SSI and Ukrainian Australian Dr Olga Oleinikova, founder of Persollo, a machine learning and Ai startup and Senior Lecturer on Social and Political Sciences at UTS.

Check out this  video about the Techfugees community filmed by our friends at TripAdvisor.

You can register for the event here.