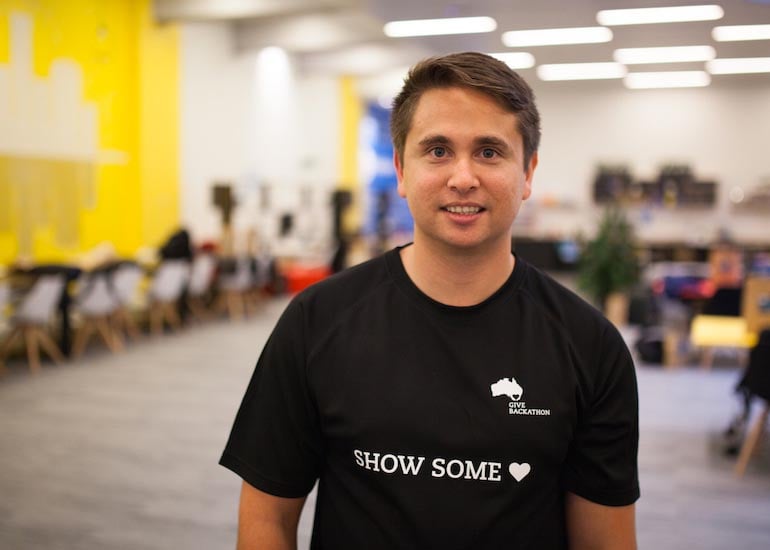 With NAIDOC Week currently underway and celebrating the history, culture and achievements of First Nations people in Australia, we asked Dean Foley, founder and CEO of indigenous accelerator program Barayamal, to share his take on entrepreneurship in the Indigenous community and highlights up and coming entrepreneurs.

Aboriginal and Torres Strait people have the oldest culture in the world and have had to innovate over thousands of years to live and thrive in one of the harshest continents.

Their innovative achievements include building the oldest aquaculture site in the world which farmed eels and fish to maintain extremely large areas of land through controlled burning called firestick farming.

However, after being locked out of Australia’s economy for 200 odd years and still facing discrimination (according to the Australian National University (ANU), three in every four Australians have a negative view about Aboriginal and Torres Strait Islander people) First Nations people are again starting to innovate and build business ventures to achieve their self-determination aspirations.

First Nations people have thrived and more recently survived against the odds, and with the support of the now very multicultural community in Australia, we have the opportunity to rebuild and thrive again which will create a better world for everyone – despite only accounting for 5% of the world’s population, Indigenous people protect 80% of the world’s biodiversity.

Here are 9 Indigenous entrepreneurs to watch

Niyoka is passionate about amplifying knowledge and awareness of native foods and increasing foundational Aboriginal participation in the native food industry, as self determined sovereign custodians.

Pawa means ‘to cook’ in Gundijtmara language from the South West coast of Victoria and her business provides Indigenous fusion foods for events and functions.

Sara is a proud Kamilaroi woman and staunch supporter of empowering young Aboriginal women to pursue their goals, despite the adversity and challenges they face.

Sara has successfully run her own health and fitness businesses, worked extensively in the recruitment sector, and supported several Aboriginal employment programs, including the federal government’s Vocational Training and Employment Centres (VTEC) program.

Ruby is a professional electrical engineer, a social entrepreneur and a woman of Djaru heritage.In 2018 she established her own energy consulting company – Alinga Energy Consulting.Alinga provides feasibility and design services with a focus on off-grid applications, specifically Indigenous communities, with the goal of improving livelihoods.

Jesse is a Eora man who now lives in Sydney, and is the founder of the Streets Movement Organisation which is a community development organisation which provides programs, pathways and opportunities for youth.

He strives for social change by fighting for a hand up instead of a hand out.

The “Dingo Brothers” are Yamatji men from Western Australia, they lost $160,000 and their life savings from trading before figuring out a successful investment formula that returned their lost savings with interest.The Dingo Brothers are passionate about trading and recommend up-and-coming entrepreneurs to find mentors that have already made the mistakes beforehand, which would have personally saved themselves a lot of sleepless nights and money when they just started out.

James was born in North Queensland and is a proud Wakka Wakka man.He has gone through multiple accelerators including Start MIT in the United States.James has a passion for giving back to the community and has mentored other young Indigenous and non-Indigenous entrepreneurs at the beginning of their journeys while simultaneously working towards his own entrepreneurial success.

Nola is an Aboriginal Australian Consultant from the Wiradjuri language group and previously was a social worker running youth shelters in Brisbane.Nola is the content writer and e-learning designer for Crackerjack Education over the last eight years which is Australia’s leading Indigenous run education company for teachers and educators with over 100 interactive digital resources, e-Books and games.

Kayla is a proud Gurrindji woman who grew up on Bunurong land on the Mornington Peninsula who launched “Our Songlines”, which is a platform that connects people to First Nations culture and focuses on being able to tell a true account of Australian history. Through this educational platform, Indigenous and non-Indigenous people will be able to connect to culture.

Would you like to connect with over 900 Indigenous entrepreneurs & professionals in the Barayamal Network? Join a supportive community, network and receive mentoring. Click here to learn more.

Previous article How a t-shirt from Atlassian led social impact startup Humanitix to join one of the world’s biggest charity movements, Pledge 1%
Next article Envato’s creative community just hit US$1 billion in earnings ahead of expectations
Via People
Tags barayamalIndigenous startupNaidoc Weeknews