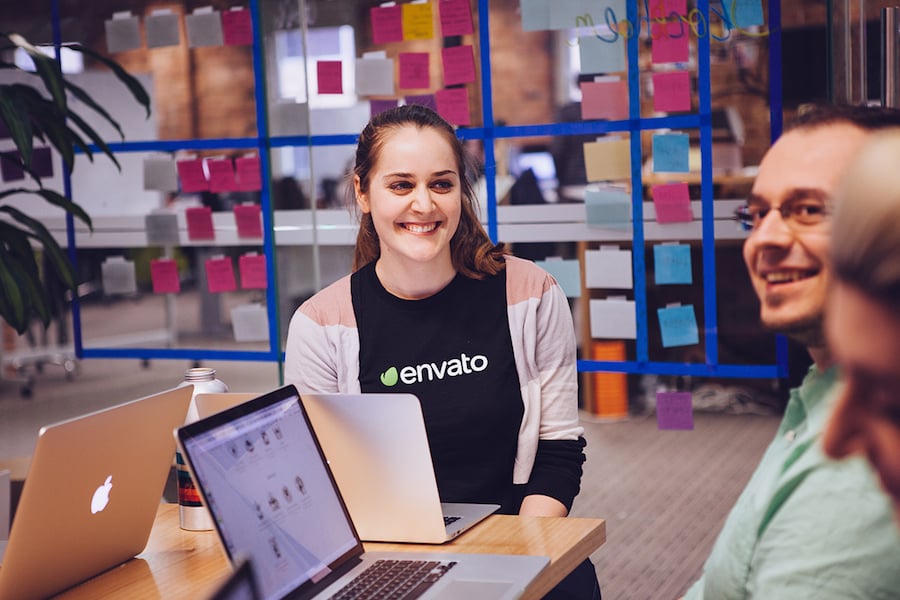 Creative marketplace Envato has hit a new benchmark, with its 81,000 content creators earning more than US$1 billion.

Company chair and co-founder Collis Ta’eed, who last month stepped down as CEO last month, 14 years after launching the company, said they reached the milestone a year ahead of expectations.

“The $1 billion goal has always been about keeping us focused on our purpose – creating impact for our community, and doing it at scale. Actually crossing this milestone after working on it for so long is a surreal feeling!” he said.

“There have been literally thousands of people who’ve earned through the Envato community. Some of them have seen epic success, but for me, I’ve always loved the little stories and vignettes that pop on to the forums. It’s that person who says ‘I’ve just made my first sale and I’m so excited’ or ‘I just realised I can start to save up for that holiday’ – those always get me.

Among the 81,000 creatives on the platform, the company revealed that 88 had earned more than US$1 million each, adding that further 76,000 photographers have also generated income since Envato acquired the stock photo site Twenty20 last year.

“It certainly wasn’t something we thought was a sure thing – it almost seemed laughable. But we knew the right metric for us, the one we were passionate about, was how much money our authors could make,” she said.

“How we would get there was a completely different matter. It goes to show you can accomplish a lot over almost 15 years

“Every time we see an item from a new author just blow up with sales, or hear a story from an author about being able to quit their day job and focus on their creative work on their terms, it reminds me that the money represented in that goal was going to awesome humans, their families and their communities.”

The surprising thing about Envato’s creatives is that the highest numbers are in Russia, Ukraine, the US, Indonesia and India.

Among the other insights the company revealed about who’s using Envato and how much, more than 2 million customers bought assets on Envato Market in the last year and photos are the most popular product, with more than 45 million bought or licensed across Envato Market and Envato Elements , while online video is increasing in popularity, with 22 million video templates sold or licensed, alongside 18 million pieces of stock footage.

WordPress themes and templates are among the most successful item types for creators, with theme developers earning more than US$323m since ThemeForest was launched.