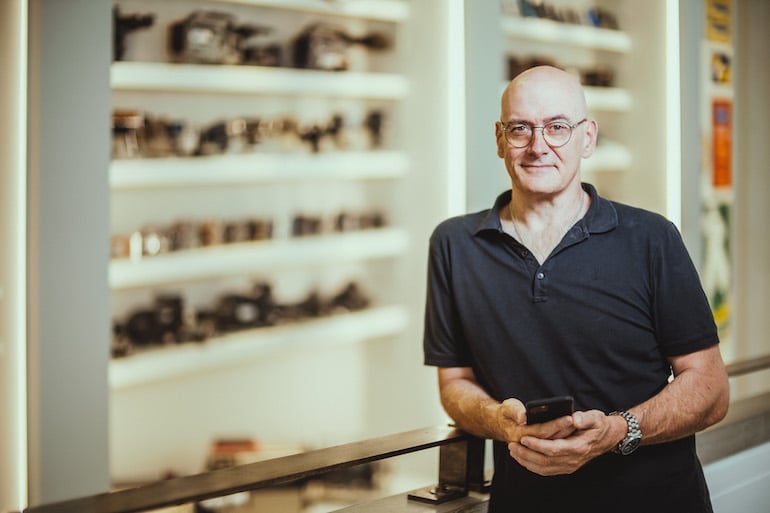 It’s been a massive year for the quantum tech sector, with Australia among the global leaders in the space. A 2020 report from the CSIRO said the quantum technology sector could be worth more than $4 billion annually and create 16,000 jobs by 2040. In November the Morrison government ramped up its quantum computing focus with $70 million commercialisation hub. Alongside that, Australia and the United States have signed a joint statement to cooperate on quantum technology innovation and commercialisation and there’s also a National Quantum Strategy led by Australia’s Chief Scientist, Dr Cathy Foley.

Meanwhile, the NSW government has launched a quantum startup hub at its Tech Central innovation hub in Sydney.

The local sector has also seen tens of millions of dollars in venture capital flow into quantum startups, including $13 million in seed funding for Quantum Brilliance

With so much happened, we caught up with Mattingley-Scott for his take on the state of play for the quantum sector.

Here’s what he said.

Looking at the year in quantum tech, what were its most significant accomplishments?

Mark Mattingley-Scott: There are two aspects to this – individual milestones by industry players, and the progress of the entire industry.

I think the accomplishments in the performance of almost all of the qubit technologies has been impressive, and is a clear indication of the building momentum in the industry.

Growth of the industry as a whole has outstripped all innovative technologies that have gone before.

Even factoring in the hype that always accompanies innovative technologies, this growth shows more clearly than anything else how fundamentally transformational quantum computing will be over the coming years.

This is pathfinding science, so how did quantum computing industry address its biggest challenges?

MMS: I think the biggest challenge was the one we are all facing – how we as a species have addressed the challenges of a global pandemic, and all the facets and impact that has brought with it.

Our response to Covid has demonstrated in a very tangible way the power and importance of science and a reasoned discourse. The global economy in general and deep tech specifically, will benefit greatly from this.

For the quantum industry, there is also a strong geopolitical dimension, with quantum computing rightly being strategically important. Quantum computing has built momentum, and it is now beginning to deliver on the promise of its utility in the real world.

What did Quantum Brilliance achieve in 2021?

MMS: We crushed our milestones – showed that diamond nitrogen-vacancy (NV) center qubits [a qubit is the basic unit of quantum information – its version of a classical bit] are a viable technology, appointed a top industry veteran to lead our German operations and began building the team in our new European headquarters in Stuttgart.

We rolled out our hardware to our first customer, and we successfully completed a key funding round to the tune of $13 million.

What were the key challenges for the startup?

MMS: Key challenges included running a deep tech organisation in a pandemic from both the people point of view, and of course the supply chain challenges which are being felt by everyone. But we pulled together, the team stepped up, and our partners went the extra mile to make sure we got to where we needed to be.

What factors do you believe will spur overall industry growth in 2022?

MMS: I think we will begin to see consolidation of some of the quantum computing technologies, and a realisation of the very experimental nature of some of them.
In contrast, I also expect to see a small number of players getting closer to a measurable economic benefit.

What do you see as impediments to industry growth next year?

MMS: The global crisis brought on by Covid overshadows everything else, at least at the moment.

Getting access to the right people is going to remain a major challenge for the industry.

For the individual technologies, I think that questions of transparency in costs, and the timescales for measurable business benefit will come into focus, and I suspect that by the end of ’22 we will see a more direct and down-to-earth discussion about the best way to take the first steps on the path that will dominate the industry.

What technology breakthroughs/innovations do you expect in 2022?

MMS: Diamond nitrogen-vacancy (NV) centers will be the breakthrough. Closely linked to a discussion on specific economic aspects of the different qubit technologies, we will see some winners and losers, or at least a shift in the market makers and market followers in ’22.

Quantum supercomputers in the cloud will gravitate towards the niche market that they represent, and smaller, more portable and more easily integrated technologies will start to make inroads into the HPC/data center.

By the end of ’22 I think the path to quantum utility will be clear, and as an industry we will be focusing much more on implementing, and less on research experiments.

And Quantum Brilliance’s outlook for the year ahead?

MMS: Going into 2022, we are happy to say that we have a lot to do, and plenty of customers to work with.

On the grant side the situation is very good, and our main focus will be on excelling in making our stakeholders and customers happy.

On the commercial side, the interest in quantum computing technologies in general is reflected in our numerous conversations and considerable interest with commercial customers.

What will drive the company’s growth in 2022?

MMS: I think there are two aspects – first off, leveraging the significant funding opportunities that have been and almost certainly will be made by friendly governments around the world. This is key to ensure that quantum computing in general and Quantum Brilliance in particular benefit from, and in future also drive, funding opportunities.

Secondly, we see a massive demand for room temperature quantum computing, especially considering that customers can install and run our SDK in their own compute centre without the need for cloud access.

Low opex and direct hardware access make Quantum Brilliance’s quantum computers a must have in the HPC and industry hyperscale markets.

Previous article The great startup balancing act: how to retain your team while pushing for growth
Next article Afterpay is building new offices in Sydney’s Tech Central
Via Other tech
Tags newsQuantum Brilliancequantum computing