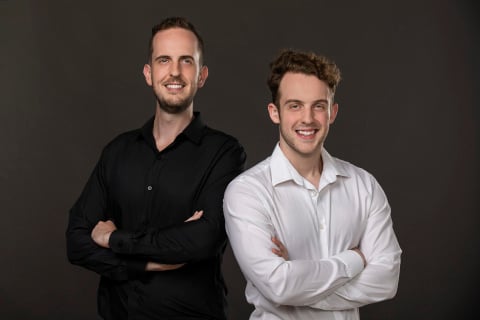 Sydney NFT gaming startup Immutable has raised $280 million in a Series C that values the business at $3.5 billion.

The new capital comes less than six months after Immutable raised $82 million to ramp up its Ethereum-based trading platform for NFTs.

Immutable says the funds are earmarked for global expansion, strategic investment in the Immutable X platform and ramp up staffing. The business now has 165 staff and plans to hire an additional 200 new employees globally over the next 12 months in sales, marketing, engineering and product.

Immutable was founded by 20-something brothers James and Robbie Ferguson in 2018.

The duo created a Layer-2 scaling solution for NFTs on Ethereum in April this year, called Immutable X.

Immutable CEO James Ferguson said the funds will also be used for scaling to meet the increasing demand for its platform and to expand into new verticals, support gaming partners, acquire new customers and explore M&A opportunities.

“Immutable is locked in on developing a leading, ambitious, and dependable web3 ecosystem for a new era of creators that desire scalable results in the world’s fastest growing industry,” he said.

“Our investment partners understand the power and potential of the Immutable X platform and will play an integral role in this next phase of our growth. We are also excited to welcome new executive team members who will help execute on our aggressive business and growth plans.”

To bolster its plans, the business has filled out its C-suite with a four new hires.

Last month, GameStop announced a strategic partnership with the startup to launch its new NFT marketplace on the Immutable X platform. The partnership includes a $140 million co-fund to invest in NFT gaming projects.

Previous article PredictiveHire, which can tell if you’re the right person for a job in 5 text messages, raises $7 million in pre-Series A
Next article Sydney procurement tech venture Portt sells to UK software company
Via Funding
Tags Immutablenews