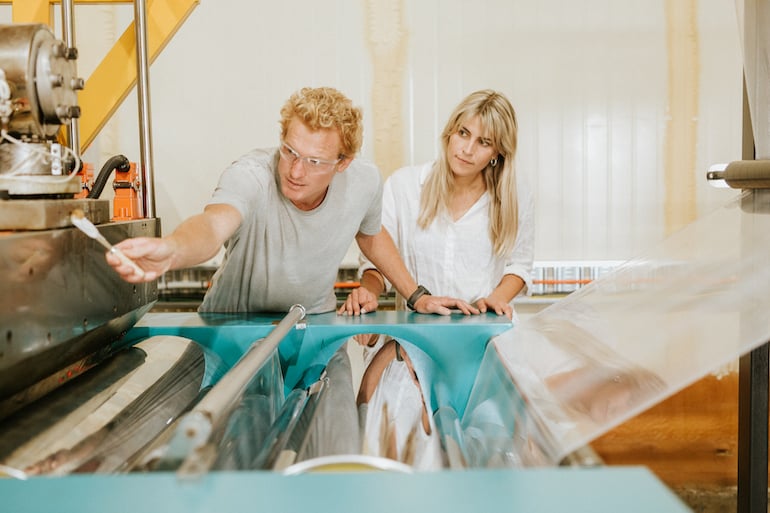 Victorian stretch wrap startup Great Wrap has raised $11 million in a Series A as it looks to ramp up production of its compostable potato-based alternative to plastic.

Great Wrap has used the cash to expand into a new 12,000 sqm facility in Tullamarine, with the capacity to manufacture 30,000 tonnes of compostable stretch wrap by the end of 2023 for use as food and pallet wrapping.

The plant processes local waste from a potato processor to create its product and is also building a biorefinery on the site, which is expected to come only next year and use nearly 50,000 tonnes of local potato waste annually.

The wrap breaks down into carbon and water in compost in less than 180 days. Its mission to remove the 150,000 tonnes of plastic stretch wrap sent to Australia’s landfills each year.

Husband and wife cofounders Jordy and Julia Kay launched Great Wrap in 2020 and counts Who Gives A Crap founder Simon Griffiths among its initial backers. The idea also had an early boost from the Amazon Launchpad grants program.

Jordy Kay said they hope to create more than 100 local jobs in Victoria by the end of 2023.

“The biorefinery setup will also be a huge step forward for our state – we’re excited to be bringing biotechnology and advanced manufacturing to the forefront,” he said.

Previous article Startmate’s Winter cohort is backing a majority of female founders for the first time
Next article Ignition Lane’s Weekly Wrap: Venture capital is down, but a long way from out
Via Funding
Tags Capital RaisingGreat Wrapseries a