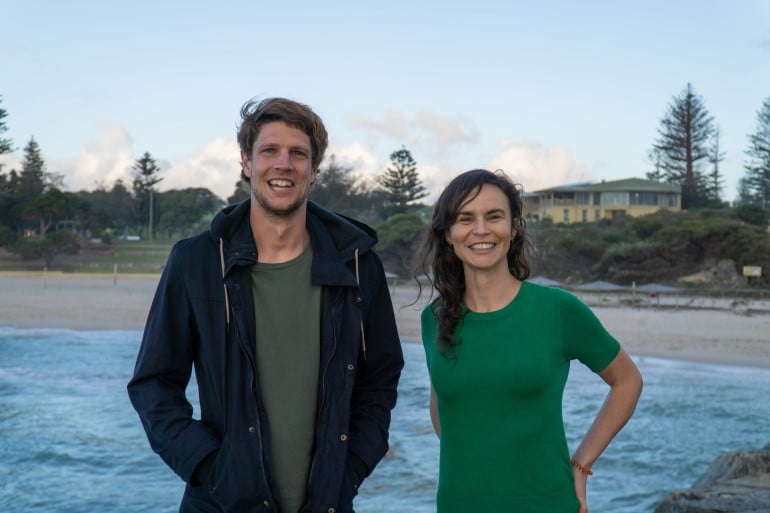 A Western Australian cleantech startup making a plastics replacement from seaweed has raises $1.3 million seed round.

ULUU has been backed by the CSIRO’s VC fund Main Sequence, as well as Sydney impact investment fund Alberts Impact Ventures and syndicated private investment and family office firm The Eights to further develop its plastic replacement of the same name.

Co-founded by oceanographer Dr Julia Reisser and lawyer Michael Kingsbury, the startup has developed a polymer that sequesters carbon, is home compostable and can replace fossil fuel plastics in many applications, from packaging to furniture and textiles.

ULUU is a type of ‘PHA’, a natural polymer produced via fermentation. It can mimic plastic properties, while remaining biodegradable, even in the ocean. PHAs can be produced from crops such as corn, but the ULUU product is made from seaweed, seawater and saltwater microbes.

Having already brought together a team of seaweed biotechnology scientists from around the globe and now based at the ULUU labs in the Indian Ocean Marine Research Centre in Perth, they plan to use the funds to complete optimisation work ahead of a pilot later next year that will bring trial products made from ULUU to market.

The University of Western Australia and CSIRO are partnering with the company on the development. Dr Reisser said seaweeds have high carbon dioxide removal rates making them a good carbon capture solution.

They also clean up and oxygenate our oceans, increase marine biodiversity, all while empowering coastal communities. It’s a feedstock we want more of,” she said.

“What is more, by using seawater rather than freshwater, we can eliminate harmful chemicals and operate under naturally sterile conditions,” he said.

“Unlike others, we no longer need to stop and start production for reactor cleaning – instead, we can operate continuously, increasing yield while reducing costs and carbon emissions.”

Alberts’ Head of Impact, Emily Albert said they were thrilled to back ULUU.

“We look to work with pioneering founders with a pioneering vision, and that is exactly what we’ve found with ULUU. An amazing team with a vision to have a significant impact on multiple issues facing our planet,” she said.

“ULUU will not only tackle plastic pollution and decouple our polymer economy from fossil fuels but, in sequestering carbon, has the potential to benefit the world.”