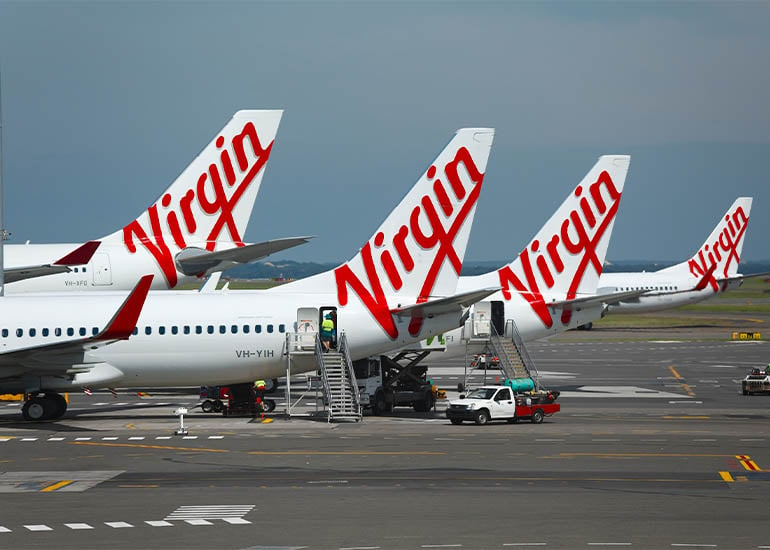 Virgin Australia has gone into involuntary administration with the airline expected to shed 1000s of jobs unless they can find private funding to assist, after the government refused to step in with a $1.4 billion bailout.

Virgin Atlantic founder Richard Branson said the airline will need government support to keep going and suggested the collapse of the airline would lead to a monopoly situation in Australia.

“If Virgin Australia disappears, Qantas would effectively have a monopoly of the Australian skies. And we all know where that would lead,” Branson says.

Following the announcement of the airline’s voluntary administration Branson tweeted his support to Virgin staff.

Dear @VirginAustralia team. I am so proud of you and everything we have achieved together. This is not the end of Virgin Australia, but I believe a new beginning. I promise that we will work day and night to turn this into reality https://t.co/GJH1zhEqEd pic.twitter.com/GelLiA6DKG

Even before COVID-19 hit, Virgin had been looking at restructuring following massive losses.

Despite the claims the airline collapse would lead to a monopoly situation, finance minister Mathias Cormann has ruled out any current support for the airline. The minister insists Virgin Australia needs to seek private equity and a market-based solution instead.

Speaking on ABC News Breakfast, Cormann said the Government is “committed to two airlines” moving forward but said the government has not singled out any business to receive support during this time.

“Voluntary administration offers the opportunity to restructure and refocus business and underperforming parts of the business,” he said.

The move has faced criticism from the leader of the opposition Anthony Albanese. Albanese said Labor is absolutely committed to ensuring there is a viable two airline system in Australia.

Albanese said Virgin is essential in the aviation industry and said Australia relies on domestic aviation, saying we depend on it for tourism, for travel to work and for connection.

There are around 10,000 people currently employed by Virgin and around 5000 contractors.

Treasurer Josh Frydenberg has defended the government’s position, say it is not up to Australians to bailout “five large foreign shareholders with deep pockets, who, together, own 90% of this airline”.

The government has appointed for Macquarie Bank boss Nicholas Moore

Administrator Vaughan Strawbridge from Deloitte said more than 10 parties had already expressed an interested in being part of the airline’s restructure.

He said there were no plans for redundancies and staff will continue to be pay and they are not planning any changes to the business and they are “confident…  in a restructuring being achieved in a short period of time”.

“We’re comfortable and confident we have sufficient funding in order to continue to trade during this period to restructure the business and a host of parties have reached out to provide financial support during this,” he said.

Virgin Australia Paul Scurrah was upbeat about his airline bouncing back, saying it will “come back leaner, stronger, fitter”.

NSW prepares to reopen schools for all

NSW Premier Gladys Berejiklian announced students can start returning to school from May 11. The Premier suggested a staggered approach to the return with the hopes that all students will be back at school for term three.

Berejiklian says it will not be school as we know it as many students will initially still be learning remotely but the goal is to have classrooms back to capacity by July 20.

She says NSW schools have been preparing for the roll-out for weeks.

“We’ve made sure we’ve used this time not just to build up our online capacity, in case children, or a proportion of them do need to continue learning from home, but we’ve also made sure we have enough hand sanitisers, soap, and all those things which make a school community feel safe, not just be safe,” Berejiklian said.

To reduce the chance of transmission NSW Education Minister Sarah Mitchell says school drop-offs and pickups will be staggered and lunch and recess breaks will also be run with different groups at different times.

Casual teaching staff have also been promised guaranteed work each week if they were working during the last term.

“For term two, any teacher who has done 10 days in term one of casual teaching, will be eligible to work up to two days per week in our schools across New South Wales,” Mitchell said.

She estimates 7000 casual teachers and up to 3000 school support staff will have work throughout the term two.

The Australian Bureau of Statistics (ABS) released new statistics on jobs and wages based on Single Touch Payroll data from the ATO today showing how covid-19 pushed jobs over a cliff in the three weeks after Australia record its 100th case.

Here’s the ABS chart showing the dramatic fall in both jobs and wages over that period.

Head of Labour Statistics at the ABS, Bjorn Jarvis, said Tasmania and Victoria had the largest decreases in jobs, down by 7.3% and 6.8% respectively.

“The largest impact of net job losses, in percentage terms, was for people aged under 20, for whom jobs decreased by 9.9%,” Jarvis said.

Changes in jobs between 14 March and 4 April, by industry. Source: ABS