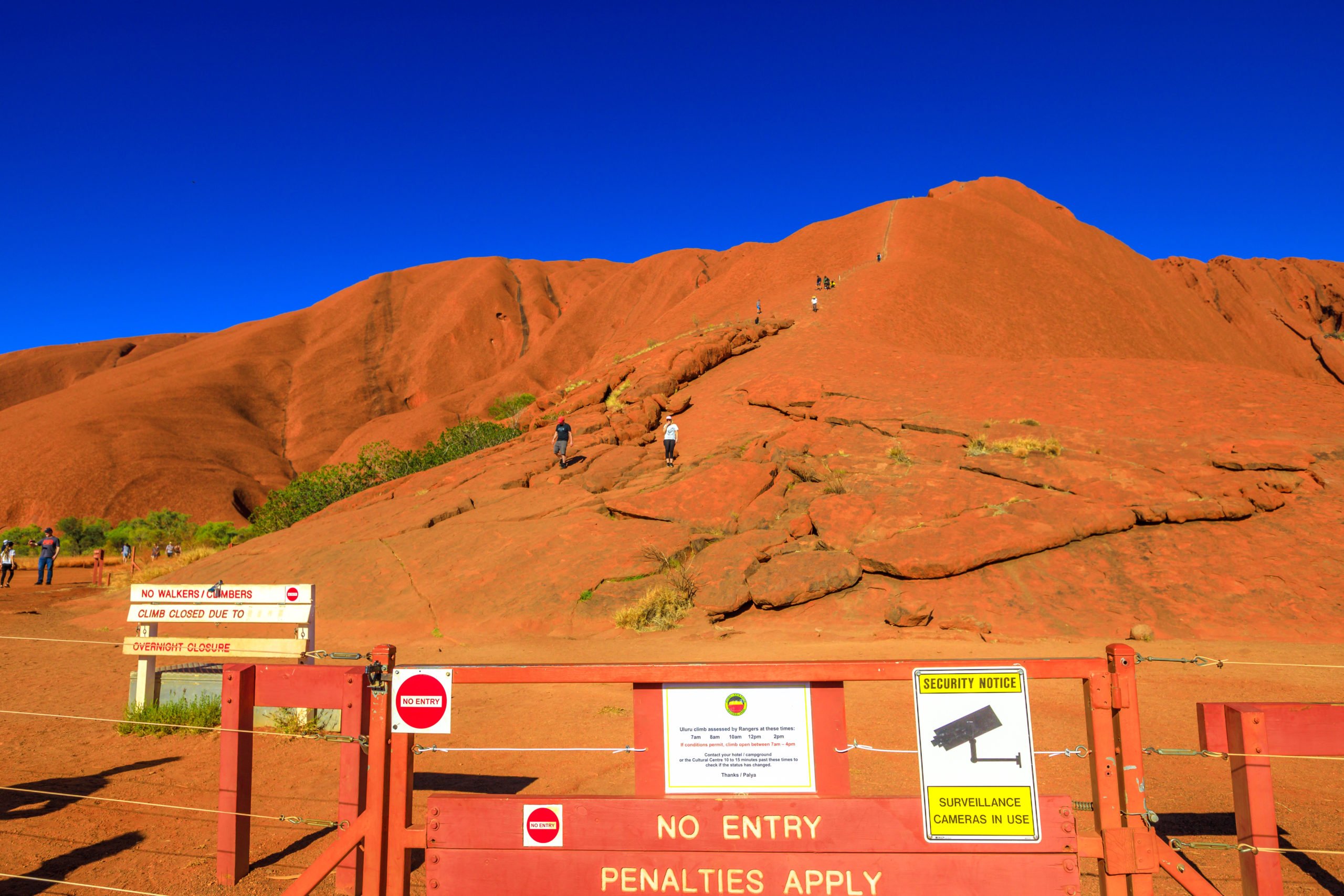 International travel from Australia will be banned, house auctions and inspections stopped, shopping centre food courts closed, except for takeaway, and no more than 10 people will allowed at funerals – five at a wedding, including the bride and groom –  under a new range of shutdown measures announced by the government on Tuesday night.

Prime Minister Scott Morrison’s national cabinet of the state and territory leaders decided on the new restrictions social gatherings on Tuesday evening just 48 hours after announcing a range of shutdowns that saw pubs, restaurants, clubs, churches, gyms, casinos and a range of other venues forced to close in a bid to slow the spread of coronavirus.

But the PM, supported by Chief Medical Officer Brendan Murphy, stopped short of the lockdown many are calling for, reiterating that it was important to protect jobs and the economy.

“I am not going to be cavalier about people’s jobs and their businesses,” Morrison said.

“Everyone who has a job in this economy is an essential worker. Every single job that is being done in our economy with these severe restrictions that are taking place is essential.”

Retailers, including supermarkets and bottle shops, are permitted to remain open for now, but Australians should stay at home except for “essential” trips such as work, grocery shopping, and trips to the doctor. The PM said it was OK to exercise outside alone, or with a friend. Getting a haircut must take less than 30 minutes.

“Australians should stay at home, unless shopping for essentials, travelling to and from work – where you cannot work from home, going to school and exercising. Keep visitors to your home at a minimum. In outdoor spaces do not congregate in groups,” Morrison said.

Murphy called the latest measures “Draconian” but necessary because “we are very worried at the rate of rising coronavirus cases in Australia. It is a very steep growth and very concerning”. He said a large number of cases were still coming from overseas.

“We need to get people to take this seriously. We need to change how we interact in society for some time. We have to avoid any interaction where we would place someone at risk,” the CMO said.

But Murphy rebuffed calls for a lockdown – the saying:”We are very keen to put as restrictive measures in place without completely destroying life as we know it”, adding “If Australians all do the right thing with these measures and do exactly what the Prime Minister has said and behave completely differently and practice distancing at every point, that will achieve the outcomes that we want”.

A few hours after Morrison spoke, the Japanese Prime Minister Shinzo Abe asked the IOC to postpone the Tokyo Olympics for a year.

The number of infections in Australia climbed above 2000 today, with an eighth person dying. A woman in her 70s, who was a passenger on the Ruby Princess, the cruise ship that docked in Sydney last Thursday brimming with undiagnosed coronavirus, died in hospital. More than 130 passengers who were allowed to disembark and disperse nationally, have now tested positive for the virus, making the ship the nation’s single biggest single source of infections as the NSW and federal governments look to blame each other for the debacle.

Coinciding with Tuesday night’s national announcement, the NSW government has introduced new emergency laws that include forcing people back home for breaching self-isolation rules and the early release of prisoners. as well as a 12-month block on the eviction of tenants who can’t pay their rent.

In a 40-minute address just after 9pm on Tuesday, Prime Minister Scott Morrison banned overseas travel under biosecurity laws, with some exceptions, saying people had still been planning overseas holidays. Qantas and Virgin have already announced a shutdown of international travel from March 31, and other international airlines are also grounding their fleets.

The new restrictions announced by the Prime Minister will see businesses and venues such as beauty, tanning and nail salons, yoga studies, galleries and museums, youth centres and brothels close from midnight, Wednesday, March 24.

Many of the larger institutions added to the government’s closure list, such as art galleries and museums, had already taken action and announced their closures in recent days.

While shopping centres will remain open, their food courts must close, except for takeaway.

House inspections are banned, along with auctions, for their potential to attract crowds. Private sales can still proceed, along with private inspections by appointment, but with around 2,500 properties up for auction in the capital cities every week, the decision will stall the property sector just as it was recovering from a two-year slowdown.

No more than 10 people will be allowed to attend a funeral. The same figure applies to personal training sessions and boot camps, provided social distancing is observed. Weddings will be limited to the witnesses as the guest party.

And in a move that will force many Australians to reveal they have grey hair, hairdressing visits will be limited to 30 minutes and require social distancing at one person per 4 square metres.

Prime Minister Morrison also announced new laws to criminalise what he called “profiteering” by people buying large quantities of goods in Australia and seeking to export them.

“These measures will help prevent individuals purchasing goods including face masks, hand sanitiser and vital medicines and either re-selling them at significant mark-ups or exporting them overseas in bulk, which prevents these goods from reaching people who need them in Australia,” he said.

The PM urged everyone to stay at home unless travel is vital.

“You should only go outside your home to go to those essential things I talked about, not to go and congregate in groups,” he said.

And while kids’ birthday parties are off the list, the PM urged children to still head to school while conceding there will be an increase in distance learning for children in the months ahead.

Victoria closed schools early for schools holidays, and while NSW schools remain open, the state government is recommending that children who can stay at home and learn online. Many of the state’s private schools closed and moved to online learning this week.

The Prime Minister said ensuring children get an education is not something he wants to lose to the virus.

“It’s going to be a tough year in 2020 and one of the things I don’t want to have yielded up is a year of a child’s education, which is so important,” he said.

CMO Brendan Murphy again reiterated that “there is no evidence that we may have any major transmission amongst school children”, adding that “vulnerable older teachers” should be protected.

“We think a well-supervised, well-structured classroom is safer than any place,” he said.

On Wednesday morning, the NSW government announced that the state had more that 200 new infections, taking the total to more than 1000. Two cases involved children under 10.

Prime Minister Morrison said he is “terribly sorry” for the problems people have had accessing Centrelink.

On Monday, long queues began to form outside Centrelink offices and police were called to disperse the crowd at one. The MyGov website also crashed as tens of thousands tried to access it and the minister responsible, Stuart Roberts, initially tried to blame it on a cyber-attack.

The PM said “everyone is doing their best.”

“We have gone from 6,000, to 50,000 to 150,000, all in the matter of a space of a day. Tonight, they are working to boost it again. I would say to Australians, ‘yes, we are terribly sorry’ but at the same time, we are asking Australians, even in these most difficult of circumstances to be patient,” he said.

But the government’s incremental approach to dealing with the growing coronavirus crisis has left many Australians unsure of where they stand amid losing their jobs or being stood down and put on unpaid at their workplace.

And while the government is planning to roll out text messaging in an attempt to get its message across, the increasing changes, every few days, announced late in the evening, along with conflicting messages between the national leader and state premiers has left many confused.

One Australian many relate to perhaps summed it up best after Morrison’s media conference.

Listening to the PM like everyone here in Aust & what I understood was.
“It’s essential. Unless it’s not. Then it’s essentially not essential. I can’t be clearer” Plus people can buy a new shirt at a shopping centre ? WTF? PM just had a shocker. Surely should be in lockdown now