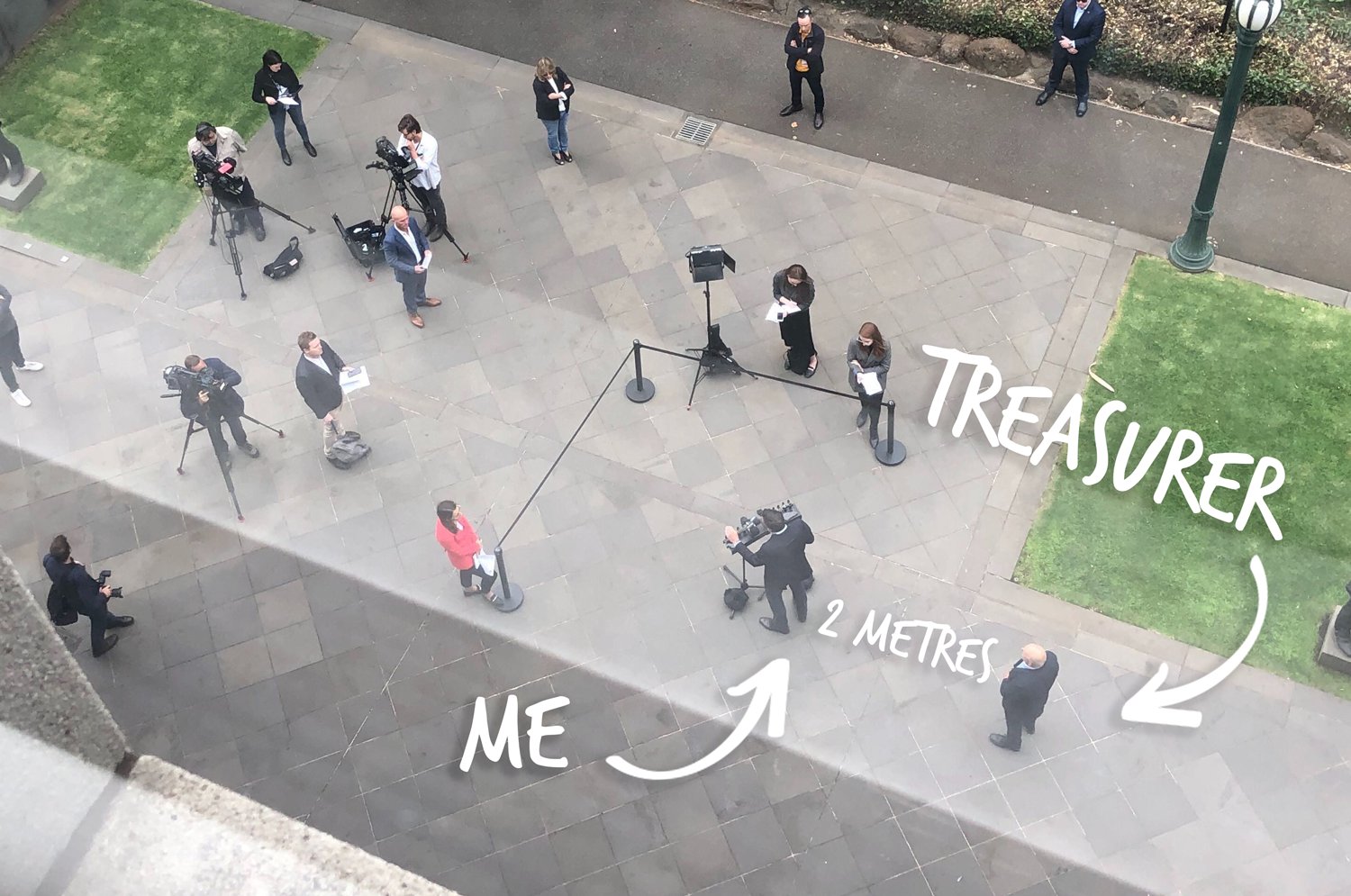 While the federal government has begun incrementally increasing restrictions every few days, last night adding to the shutdowns and bans on social gatherings, Andrews said the measures are designed to “buy time” for what’s to come.

He also flagged that the states will go it alone on some measures alongside the national response.

“We said there would be a Stage 2 and that’s what we’re doing today. But I’ll be up front with you, there will also be a Stage 3,” Andrews said.

Queensland closes its state border at midnight tonight, with special dispensation for cross-border workers. Western Australia, South Australia, Tasmania and the Northern Territory have already shut their borders. Anyone allowed to enter must self-isolate for 14 days.

Andrews said that at Tuesday night’s national cabinet, comprised of the Prime Minister and state and territory leaders, they recognised that Victoria is grappling with a more imminent threat than most other states as its coronavirus case numbers grow.

The national number of cases increased by more than 10% again last night to 2363, with NSW adding 116 from yesterday to 1029, including a two-month-old boy and seven-year-old girl. Elsewhere, Victoria has the next highest number at 466 and the state’s Chief Health Officer now has real-time data on cases.

Daniel Andrews said they need to get the health system ready for what’s coming.

Prime Minister Scott Morrison subsequently announced an end to non-essential elective surgery will be cancelled from midnight tonight in both public and private hospitals. Only Category 1 –  needing treatment in 30 days – and some Category 2 surgery (90 days) will go ahead.

Andrews said he knew it was stressful and scary.

“The measures we already have in place are difficult, and these will be harder again,” he said.

“I want to reassure you that things like supermarkets, petrol stations, banks, post offices and bottle shops – and a number of other essential services – will be staying open.

“But I want to be very clear: the more people ignore the rules and ignore the advice – the more this virus will continue to spread.”

The Premier said Victorians must stay at home if they can

“There is no social occasion or celebration that’s worth more than a human life,” he said.

“We are all being asked to make sacrifices. Because if we don’t, people will die.”

The Prime Minister has also created a new National COVID-19 Coordination Commission., led by former Fortescue Metals CEO Neville Power, with  CSIRO chairman David Thodey as deputy. The group of business leaders and bureaucrats will look to easy the way between the private and public sectors, from repurposing manufacturing lines to redeploying workers who lost their jobs and improving supply chains.

Victoria’s list of stage 1 and 2 restrictions can be found at coronavirus.vic.gov.au. Businesses seeking advice can call the Business Victoria coronavirus hotline on 13 22 15.

Previous article NO MORE HOUSE AUCTIONS: Australia’s shutdown continues as government adds new bans and limits on public gatherings
Next article In NSW, you can now be fined $1000 for standing too close to someone
Via Topics
Tags coronavirusCOVID19Victoria