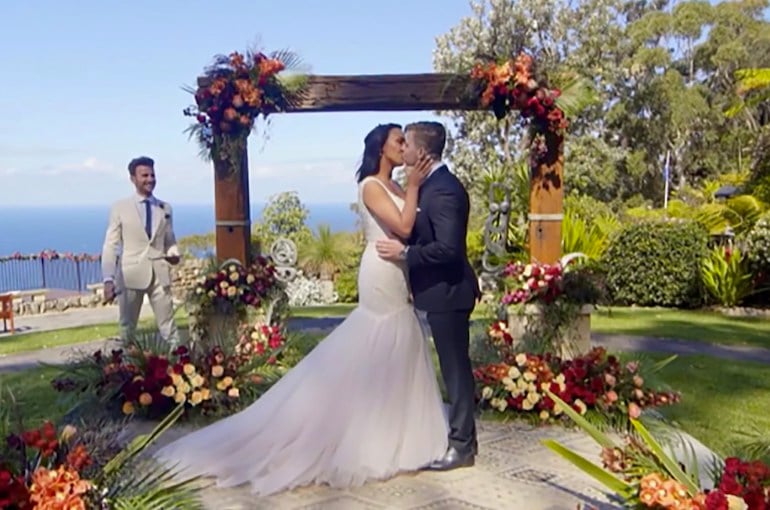 A marriage made for investors... Photo: Channel Nine

Australian investors bought the rumour today, with shares in buy-now-pay-later company Zip  jumping 13.7% on media reports that Klarna, the 1000lb Swedish gorilla in the BNPL space, had taken a holding in the Aussie fintech.

Zip (ASX:Z1P) shares closed Thursday trade at $8.78, having startup the day at $7.70, giving the company a market capitalisation of $4.33 billion – a 10th of the worth of the privately-owned Swedish giant.

Klarna has reportedly nabbed a 4% stake in Zip, worth an estimated A$160 million, which remains below the 5% threshold for notifying the market it is a substantial shareholder.

Zip did not make any market announcements in response to the overnight report.

Klarna, the Commonwealth Bank-backed Swedish bank and payments fintech, raised A$1.3 billion in March this year to value the business at A$40 billion, making it the second most valuable fintech in the world.

CommBank and Klarna jointly fund and have 50:50 ownership rights to Klarna’s Australian and New Zealand business.

CBA previously invested US$300 million in the Swedish online payments bank for a 5.5% stake, now potentially worth more than $1.5 bn.  Klarna backers include Silver Lake, GIC, Singapore’s sovereign wealth fund, and funds and accounts managed by BlackRock and HMI Capital.

The world’s biggest investor, New York firm Blackrock, holds around a 5% stake in Zip’s bigger rival, Afterpay (ASX: APT), with the investment giant spending much of 2021 dipping in and out of having substantial shareholder stake in the ASX-listed Melbourne fintech.

BNPL shares have been volatile for much of 2021 after a stellar rise following the March 2020 pandemic crash, and still remain down on highs reached earlier this year – in Afterpay’s case, $160.05, and for Zip, $14.53.

Previous article An anthropologist is building an app to help pass family stories down through the generations
Next article Billionaire blastoff: who has the better space plan between Bezos and Branson?
Via ASX
Tags ASXBNPLKlarnanewsZip