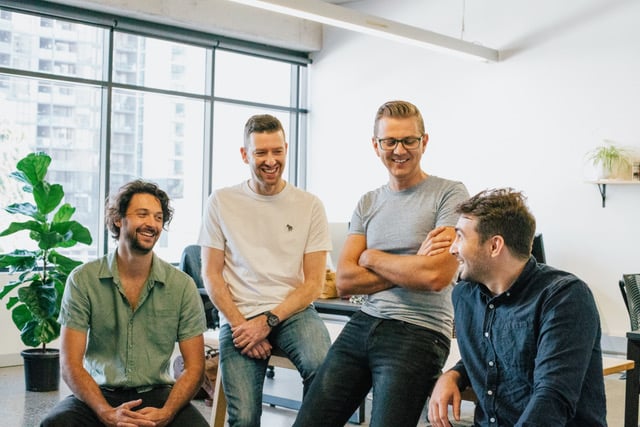 Video is the new black, especially when it comes to corporate communications and plenty of startups are looking at how to solve the problem of how to make it easier and cheaper to turn amateurs into Gillian Armstrongs.

A new cloud-based app from Brisbane startup Wrappt launched this week, and is hoping to turn the smartphone into a professional camera and create video content.

And just as Canva transformed graphic design, making it easier and cheaper for everyone to use, the Wrappt team is hoping to do the same for video. Canva is now worth more than $3 billion.

Wrappt lets you choose from a number of video ‘templates’ optimised for business and guides you through the process with step-by-step directions. Then you can easily send the footage to the Wrappt team for editing.

Brisbane-based video agency Ride Free Media, and digital agency Vivo Group, developed the app after realising that producing video remained out of reach for many in business, who found it too difficult and too costly.

Wrappt co-founder and CEO Ryan Miller said more than 150 users from 35 companies had produced more than 400 videos collectively through the app during its development stages.

The app itself is free, and works on both iOS and Android, and for $660 you can get the Wrappt Film Kit, which provides high-end stability, sound and lighting with low-cost and lightweight film gear for smartphones. Editing packages cost from $208 a month.

Miller estimated that based on an average cost of $1,500 for a pro video, Wrappt users have already saved more than $500,000.

Wrappt was developed with help from $100,000 from the Queensland government’s Ignite Ideas Grant.

More on Wrappt is available here.