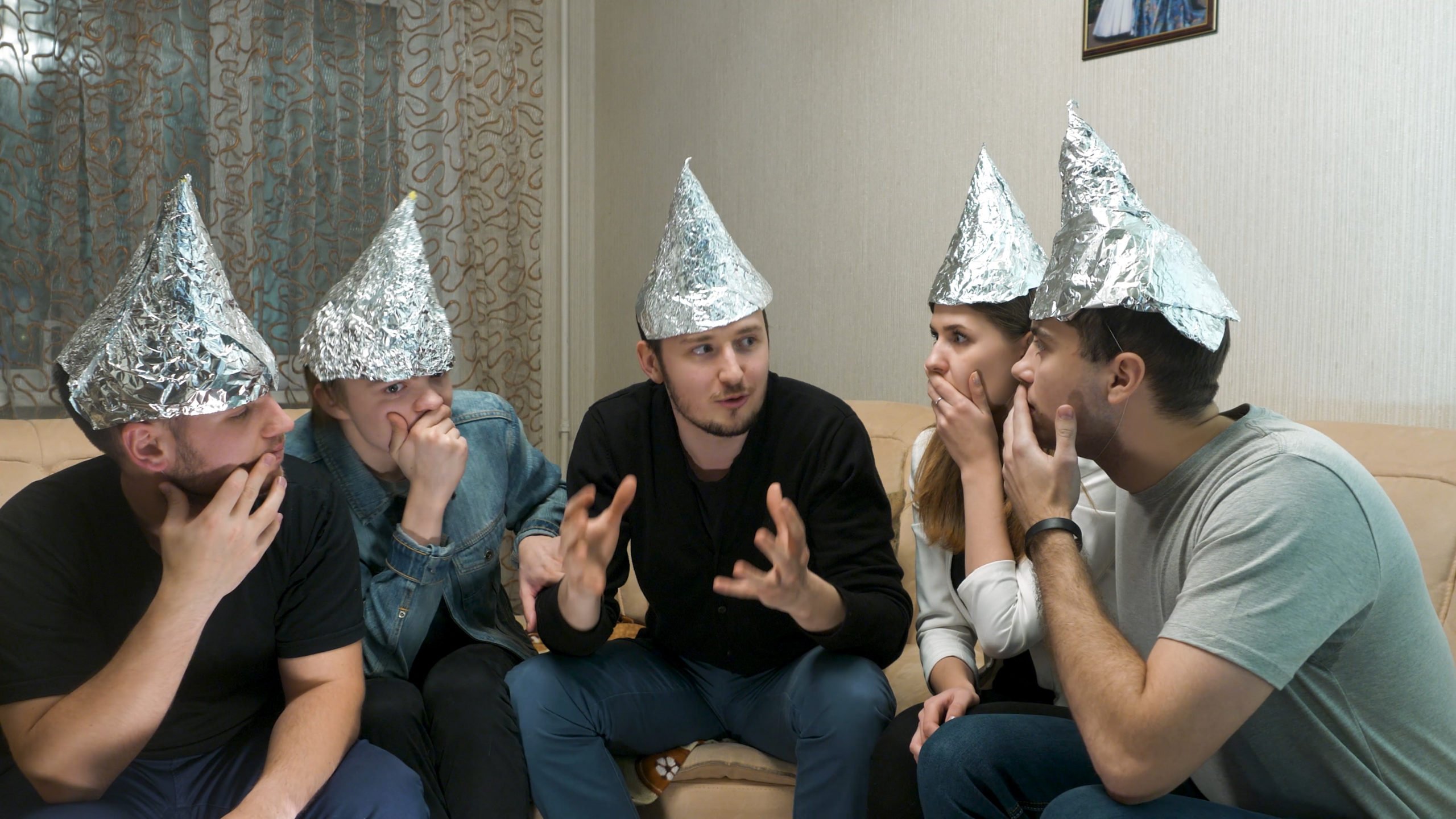 A gathering of the Anti-Gates Society at the NRL Institute for Doing Your Own Research. Photo: AdobeStock

G’day team, it’s Friday and just as you’re allowed out, it starts to rain..

And here’s what’s going on.

Remember the problems for iPhone users with the Australian government’s contact tracing app, CovidSafe? It was all about the Bluetooth – the detection device in the app – not working in the background on Apple smartphones.

It seems that problem and some others are being fixed globally with Google and Apple releasing software updates with specific API patches for covid-19 contact tracing. 22 countries on five continents have scored access to the API, known as the Exposure Notification Framework, including Australia. It uses the same Bluetooth tech as CovidSafe and is designed so that local authorities can build their own contact tracing apps.

Technology can help health officials rapidly tell someone they may have been exposed to COVID-19. Today the Exposure Notification API we created with @Google is available to help public health agencies make their COVID-19 apps effective while protecting user privacy.

The Digital Transformation Agency and Department of Health have been working with Apple and Google on how it will work with CovidSafe to make it more effective.

We hope your super fund put the house on Afterpay two months ago, when the share price fell below $9 around March 20 as everyone pondered whether people would ever shop again. If they did, the $10,000 you didn’t withdraw from your fund would be worth $50,000 today.

Afterpay shares have soared since, hitting a new record high on Thursday when they briefly topped $45 after announcing the fintech now had 5 million active users in the US. More than 600,000 people have signed on for the buy-now-pay-later service since the start of April, and the company has reached its financial year customer target around six weeks ahead of schedule.

Nick Molnar, co-founder and Afterpay’s US CEO, said in the company’s announcement that “at a time in which eCommerce has become the primary way people are shopping, there is a growing interest and demand among consumers to pay for things they want and need over time using their own money – instead of turning to expensive loans with interest, fees or revolving debt”.

In April 2020, Afterpay had more than 15 million app and site visits, and Afterpay’s US Shop Directory contributed nearly 10 million lead referrals to its retail partners. 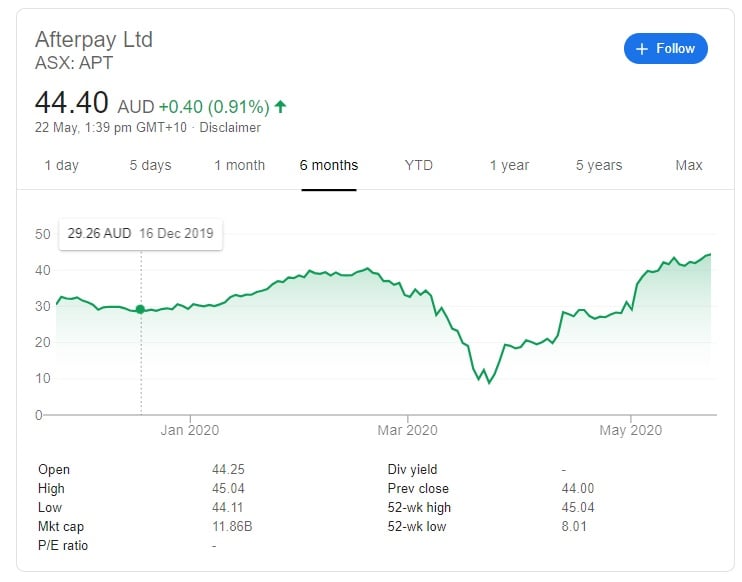 Lawyers on Planet Musk are looking for something else to do after Tesla withdrew in legal action against the California county where the company’s production plant, employing 11,000 people, is based.

The San Francisco Chronicle reported a letter from Tesla’s VP of health and safety to workers said: “We have local support to get back to full production at the factory starting this upcoming week”.

Elon Musk had threatened to relocate the factory, called government officials fascists and was going to reopen the production line illegally, standing on it ready to get arrested. It seems all is now forgiven in Alameda County.

While some people are tapping into their super to maintain cashflow through coronavirus, serial entrepreneur and billionaire Bevan Slattery took a different approach to stocking the larder this week, selling just under a third of his shareholding in ASX-listed Megaport, which he founded in 2013, for $65 million.

The five million shares went for $13 each, which was a discount, except Megaport’s share price slipped below $13 today. No word on whether Slattery’s using the funds to pay school fees or the mortgage. The Megaport director still has 13,037,607 million fully paid ordinary shares in and 100,000 options.

We hesitate to even draw attention to this, but it’s always good to know what you’re up against. While Mark Zuckerberg was telling the BBC overnight that the company is working hard to stop the crazy spreading like on Facebook faster than you can say “let’s invite Pete Evans over for dinner” – Zuck said that since the Covid outbreak, independent fact checkers have issued 7,500 notices of misinformation, which led to a staggering 50 million warning labels on posts – most notably when it comes to the cause of the virus and 5G.

Which brings us to Australia and an Essential Poll this week that found one in eight believe Microsoft founder Bill Gates is to blame for coronavirus (it must have been a rostered day off for usual suspect George Souros) and that the 5G wireless network spreads the disease. The same number, 12.5% of the population – that’s bigger than the Greens primary vote – believe it’s all designed to force vaccinations.

And 20% of Australians believe the media and government are exaggerating the death toll from coronavirus to scare everyone, while 40% believe the virus was deliberately created in a lab in Wuhan, China. Only 40% called BS on that one, with a quarter unsure.

BONUS ITEM: Remember the apocryphal anecdote about the artist James McNeill Whistler making a quit, to which Oscar Wilde exclaimed “I wish I had said that!” and Whistler replied: “You will, Oscar, you will.”?

Attention everyone. This isn’t real, but we wish it was. So we're tweeting it now. https://t.co/7fM7ofA23C