The recent crash of a Tesla car in the United States, in which two people died, has reignited debate about the capabilities and safety of today’s “self-driving” technologies. Tesla cars include an “autopilot” feature which monitors surrounding traffic and lane markings, and the company is currently rolling out a more advanced “full self-driving” system which… Read more » 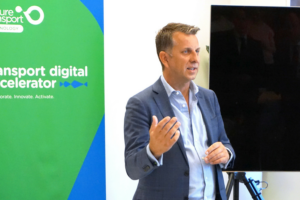 The state government has committed to ensuring that a minimum of 10 percent of new government fleet vehicles are electric or hybrid from 2020.