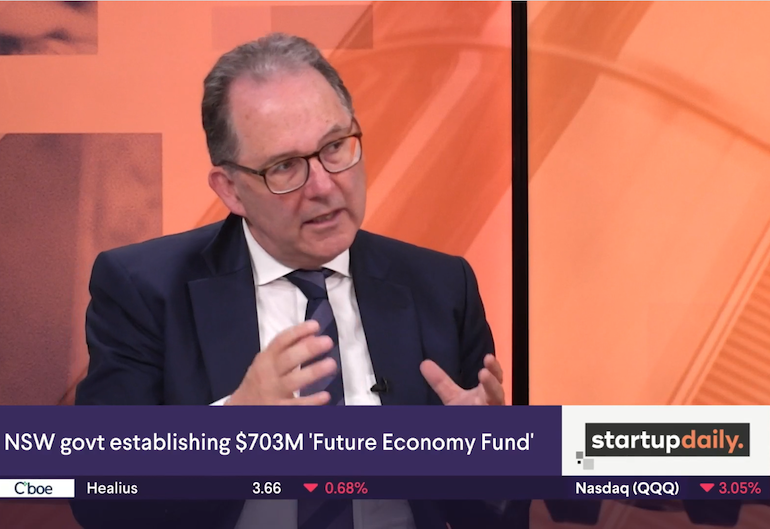 The Budget included $703.4 million to establish the Future Economy Fund, which will expand and accelerate R&D and commercialisation opportunities across the State, building on the work of the NSW Government’s R&D Action Plan.

The $270m is for two new facilities – the Sydney Biomedical Accelerator Complex in Camperdown and the Viral Vector manufacturing facility at Westmead – to help develop treatments for rare, life-limiting diseases as part of the NSW Government’s commitment to driving world-leading health and research precincts.

Startup Daily TV caught up with Minister Henskens to talk about the government’s plans, including addressing the “valley of death” for capital for early-stage startups, looking two decades ahead in deep tech, the potential for quantum computing and the new announcement this week, plans for the Semiconductor Sector Service Bureau (S3B) to ramp the state’s semiconductor capability in partnership with the CSIRO.

You can watch our extended interview with the tech minister by clicking on the link below.

You can turn into the Startup Daily show Monday to Thursday from 2-2.40pm on ausbiz.com.au, for the latest news in tech and startups.