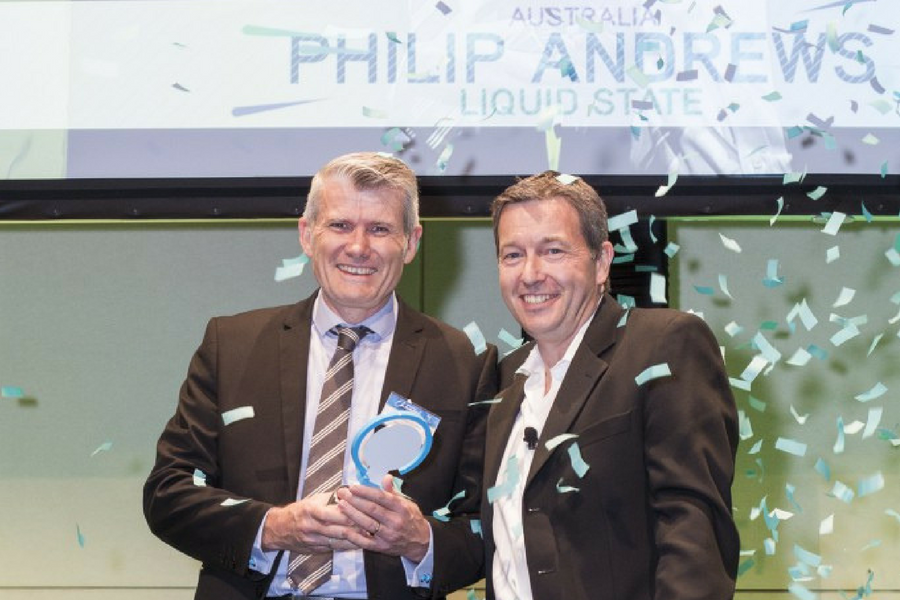 The Australian startup community has grown so fast over the last few years, with thousands of new companies sprouting, that it can be easy to forget those that came before the rush.

One such company is Liquid State. Founded in Brisbane in 2011, the Liquid State platform focuses on content, allowing businesses to build cross-platform, code-free apps and create omni-channel content, as part of an integrated communications solution.

The idea came to founder Philip Andrews through his experiences in the world of publishing, which gave him a deep understanding of the value of content and the importance of communication being personal.

As such, he said, Liquid State is “really about bringing those two things together, being able to communicate the important information to people that they need, and communicate it in a personal way”.

The team spent two years building the platform; getting to the point where they thought it was just about ready to go to market, they decided to first test it outside of Australia and validate their belief that the platform could have global appeal.

Andrews and a couple of team members spent several months in Europe, during which they received feedback around the product that caused them to make some changes. In the meantime, Liquid State also picked up a couple of investors and initial customers that allowed for the opening of an office in Berlin.

The push to go to Europe also came as a response to the fact that it was hard for the startup to access the kind of mentoring and advice it needed in Australia at that time.

“That was one of the big challenges. We’ve been running for seven years now, but at the time we were developing there wasn’t a lot of depth of mentoring, there weren’t a lot of people that had been there, done that, had the war scars and were prepared to talk about it,” Andrews said.

“We have some more of that now, and the notion of a startup, for instance, is very popular, whereas in those days there wasn’t really any idea of what a startup was, it was more about small business. In Europe we were accessing people like the CTO for eBay Europe…that level of understanding of technology and platform building was pretty hard to access here.”

The company now boasts customers across Australia, the UK, Switzerland, and Germany; its Europe operations tend to specialise in the health sector, while in Australia Liquid State also works across government, legal, smart cities, and other areas.

While the company has come to develop expertise and carve itself a niche in these areas, Andrews said he had originally sought to target Liquid State at the sector he knew best, publishing.

“Initially I took our solution to the publishing vertical, but we found there was more appetite for the sorts of things we could do in other sectors that really valued personalising the communication. Unfortunately, publishing is not at that point, with traditional publishers; it is with things like Medium and those kinds of channels, but traditional publishers who we thought could use our platform still were grappling with the idea of what personalisation meant in terms of the publishing environment,” he explained.

A significant recognition of the company’s strides came in 2014, with Liquid State winning the Global Grand Prize for Digital Content in the Talent Unleashed Awards.

As with other entrants, Andrews said he was impressed by the fact that an international organisation like Talent was lending support to up and coming companies, as well as the calibre of judges in the Awards. It was this that convinced him to enter with confidence that the business and its vision would be given due consideration, where he felt it hadn’t in other competitions.

“We had entered a few competitions before, but we have a business-to-business platform and it’s not necessarily something that’s easily understood, or very sexy. Often it’s the sexy, business-to-consumer, ‘we can get a million users in three days’ kinds of companies that get a lot of attention and fire up the imagination,” Andrews admitted.

“We’re not that kind of company; we’re very solid enterprise-level communications company which is about improving the bottom line of customers, so we were looking for a competition or a set of awards that would hopefully go beneath the surface of what we were trying to do and really see the value there.

“The comments from both Steve [Wozniak] and Richard [Branson] definitely showed they’re people who understand the value of these things, so we were blown away about the comments, blown away that we won the Award, and blown away by the support from Talent.”

Along with the Award itself, Andrews said Liquid State walked away from the Talent Unleashed Awards a renewed sense of validation.

“We got an increased self-belief that some boys from Brisbane who were working on a platform and thinking that they could bring it to the world, could actually make it possible, because of the validation from people that knew how to do it,” he said.

Meeting with the other global winners, taking a trip to South Africa with the group, also gave Liquid State a sense of camaraderie and community, while Andrews said the fact Talent is an international company reinforced the notion that Liquid State needs to be a “world-first company, not an Australia-first company”.

For this year’s Talent Unleashed Awards finalists gearing up for the big night, Andrews has some simple advice, which he himself received from a friend in the United States: drink your own Kool Aid.

“If we translate that into Aussie, it basically means you have to believe in what you do, believe in yourself, believe in the product that you’re building, believe that you have something that’s really valuable and really promote that, push that, evangelise that. We’ve always felt we have a unique vision, and that that vision has true value,” he said.

Even when other’s don’t see the vision, Andrews said, you have to keep the faith. For example, he said Liquid State has of late been signing on customers that it first spoke to two or three years ago, who at that time didn’t yet understand the vision and how it could help them.