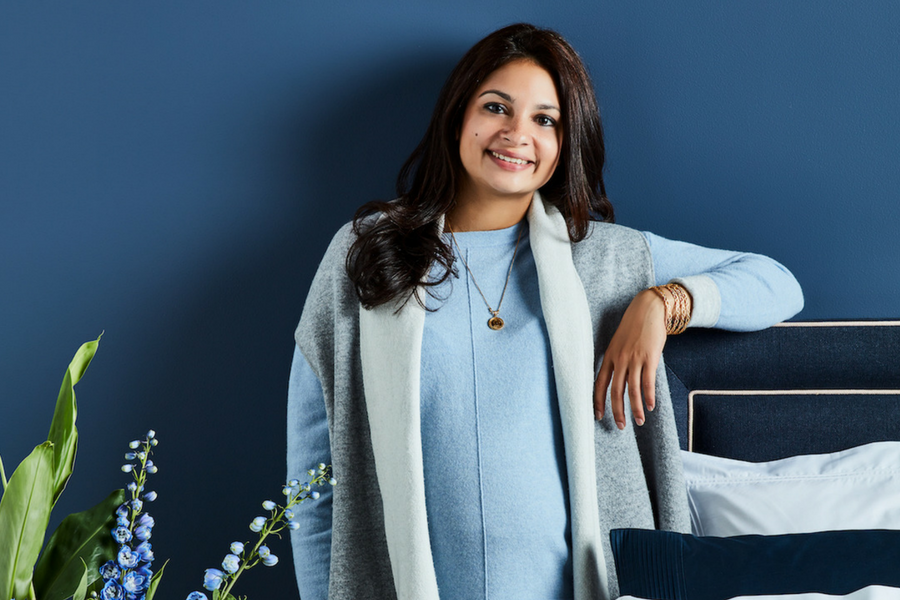 As the growth of fast fashion chains in Australia shows, many a consumer is simply after a good bargain, but on the other side of the coin there is a growing number that are making considered purchases, taking into account whether a product was sustainably or ethically produced.

In turn, various businesses are popping up to service these consumers. Bunbury-based ecommerce platform Delpino’s, for example, enables consumers to buy according to a core set of values that matter to them: fairtrade, zero waste, recycled, organic, charitable, and animal rights.

Another is Melbourne-based Jonquil. Founded by Sasha Zaman, Jonquil is an ecommerce store selling luxury, ethical bedding. Fairtrade-certified, each element of the collections was designed by Zaman herself, from the pleating to the embroidery, as well as the packaging, which utilises biodegradable and recyclable materials.

All of this was done on the side while completing a PhD in childhood epilepsy and having a child, but as Zaman put it, “Every single step of the Jonquil process is overseen by myself. Being a start up, I feel we can’t let small things slip. It’s often these small details that can either make or break you.”

The journey to launching Jonquil began three years ago, when Zaman moved out of home.

“While picking out my sheets to dress my bedroom, I learned of the dark underbelly in the cotton industry. I couldn’t believe so many large companies were getting away with manufacturing under such poor practices and charging exorbitant prices,” she said.

That didn’t sit well with her, Zaman said, so she began looking at how to create an alternative, based on the promise that it would be based on thorough research and that it would “sweat the details so our community don’t have to”.

Zaman said, “I aim to create a brand that people trust and feel confident knowing that their purchase has made a difference. We’re a business, not a charity. We believe in long term business partnerships to enable long term growth and development for those who wish to break the barrier of being controlled by high throughput manufacturing.”

A major challenge Zaman said almost stopped her on the journey to building Jonquil was the idea of an MOQ, or minimum order quantity – something that can, of course, be hard to manage when you’re pre-launch and bootstrapping.

“I’ve learned that we need to be smart with the designs and product range to ensure we stretch our funds as much as possible to have products that fit in multiple price categories, fulfilling different needs of our target market. In hindsight, although our MOQs were quite large, it forced me to think big,” she said.

“It put me in a position where this brand, this business had to work. When you have so much at stake, it’s quite daunting, almost crippling. I surpassed this crippling, lack of confidence stage when I realised there was no choice but to make this work. I had to get out there and let people know who we are what we stand for and why.”

Another challenge was sourcing certified organic cotton that could uphold high standards around in sustainability, and be certified Fairtrade, Zaman said.

“This narrowed down my search significantly, because once I sourced the cotton, I needed to find the right mills and artisans that are willing to work with these communities and cooperatives who grow the cotton. I originally thought I could search for all of this online, however like with anything really, you never truly know what is actually going on until you see it for yourself,” she explained.

Zaman ended up flying over to India several times, even once getting her parents to join her to help check it all out. Though skeptical at first, she said, once she got there and saw the mills, farms, and employees herself, she was eventually convinced she had found the right place.

“We work with Fairtrade Australia to ensure our farmers are fairly paid and that they sell their organic cotton commodity at a fair price. In fact, all our farmers earn over 200 percent more than other cotton farmers. Knowing that our startup is socially responsible, I’m proud to say we’re paving the way in the bedding industry to bring thoughtfully crafted certified organic luxury to the homewares scene.”

When it comes to luxury bedding, Zaman considers Jonquil’s main competition to be the likes of Sheridan, a brand she herself grew up with and was inspired by.

However, now she has become conscious of her buying decisions and how a purchase can have a “domino effect downstream of the supply chain”, she said she couldn’t contribute to the problem, and believes there are others who will feel the same.

“I founded Jonquil with the vision of being part of the sustainable and ethical movement, ensuring that people have access to luxury linens at affordable prices. A small brand yes, but Jonquil has big plans, to disrupt the homewares industry and bring high end luxury products into a socially conscious and transparent age.”