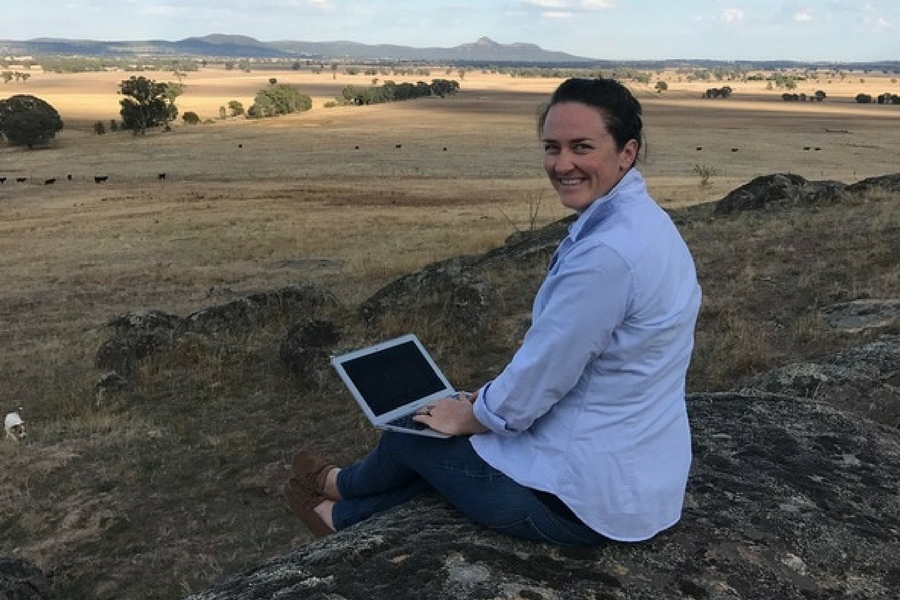 The nature of work is changing, and as more employers around the country become accustomed to the idea of outsourcing or hiring a remote worker, the opportunities for Australians living outside the business hubs in our major cities have never been greater.

Like many an idea, that for GoRemote came to founder Joanna Palmer when she considered her own experiences on both sides of the problem, having been in the past a remote job seeker and an employer posting remote jobs.

It came to a head late last year, when she and her partner in Agri Alliance, a business working in sponsorship and event management for the ag industry, realised they had too much work coming in to handle themselves and needed to outsource some of it.

“I thought, we have all these amazing friends living in regional areas that are either not working in their field, or not working at all because they’re isolated, so couldn’t we outsource to them?” Palmer said.

“I had a BBQ in January and was talking about that very concept, thinking, I’ve got all these amazing friends with these skills that aren’t being utilised, and a friend said, you realise that’s an idea in itself? I thought, I’m too busy, I’ve got two kids, I have another business, so I didn’t want to think about it.”

Her friend won out, however, convincing Palmer to take a look at Incubate at 35 Degrees, the incubator program run by Simone Eyles and Dianna Somerville at local coworking space, Working Spaces HQ.

“Literally the first time I really wrote down what GoRemote was when I was writing my application for the incubator; here we are, however many months later, and I’m live, I’m happening,” Palmer laughed.

“I just thought about me personally…I’ve been working remotely for a corporation whose head office is in Sydney for the last three years, so I know how it works and how unreal it can be from the candidate’s point of view, so when we talked about doing it with Agri Alliance, I also knew how productive and functional it is from an employer’s point of view as well.”

With this core functionality in mind, Palmer began building a basic MVP. Not coming from a tech background, she went with what she knew, creating a website on Weebly that would simply enable her to capture a candidate’s details and a job posting from employers or recruiters.

Currently, a job seeker can submit their CV and personal details through the platform, with GoRemote asking for an annual subscription fee for a profile listing. Palmer calls each candidate after they register, then speaks to their referees; after this, she creates a profile page for the candidate and puts them on file, essentially.

“I’d love for it be literally like a Tinder-type system, which matches you to roles based on the job parameters you indicate…but to be honest, how it is at the moment is all I could afford to do. I’m so new to tech, I thought that creating a platform wouldn’t cost that much, so my ignorance as far as how much time and energy and cost is involved in tech has been a real learning curve for me and a big eye opener,” Palmer admitted.

Proving that a solid service serving a real need will overcome the tech barriers, however, Palmer opened up registration two weeks ago and has received over 40 CVs from candidates from around the country, with a couple even coming from overseas – an Australian based in Quebec and another Aussie in Mexico.

Contracts have also been signed with a number of employers across a variety of industries, with roles posted already including senior, six-figure salary jobs with an accounting firm, graphic and web design jobs, and postings for remote nurses for a company that conducts house calls and checkups in workplaces.

“It’s not for everyone, and it’s not for every industry, but if you’ve got CEOs and HR managers that are thinking outside the square, then you’re not restricted anymore to hiring someone that lives in your city or is willing to move there, and that’s unreal,” Palmer said.

Palmer’s goal for the platform is for it to become another key avenue for recruiters in particular to find candidates.

“I’d love it if they’re sitting in a meeting with a corporate and they say, this can be done remotely, let’s put it on GoRemote and see who comes out. I think that will drive huge change if they’re planting the seed with the employers at the recruitment level,” she said.

With paying customers on board, Palmer is now looking at how to further develop the platform’s backend.

“I’ve steered away from investment in my head. I think, if I’m patient enough, in a short amount of time I’ll be able to get the money to be able to build it myself and there’s no strings then, if I want to sell it, I can sell it,” she said.

Palmer also doesn’t want to be beholden to investors; with her husband a rugby player, she said if he signs a playing contract overseas, she wants to be able to pack the family up to fly and keep her business running herself at the same time – which, after all, is what GoRemote is all about.

“I love the flexibility of being able to work remotely and realistically, if we move overseas, I can just do this anyway. It’s more a portability of lifestyle that I’m after, something family-friendly…I’ve got two little girls, and my husband works from home as well, he’s changed as many nappies as me and he hasn’t missed any first steps, and I love that this company gives that opportunity to people. It’s huge.”