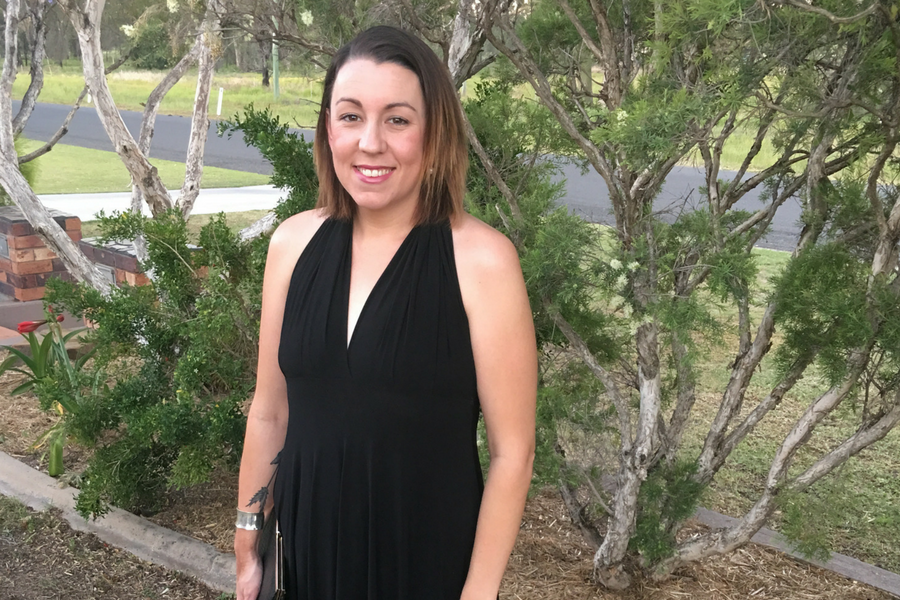 “I’m a problem solver at heart, and sometimes that makes you a less than desirable employee.”

She never got fired, Carmen Roberts clarified with a laugh, but acknowledging that fact led to the decision not to go back to working for someone else after having her youngest child.

Instead, she looked at what she was good at and built Compass West, an agency out of Roma, Queensland providing clients with a full suite of business solutions, from bookkeeping and accounting services to design and branding, social media marketing, and IT.

“I have a very good eye for detail on ways to improve things without wasting time or money, so I turned it into a business,” she said.

“Quite often regionally, we’re behind the times a little bit, not in our thinking, but our technology lets us down, so Compass West is really focused on helping clients bridge that gap and getting them up to date, giving them some efficient work tools so they can go ahead and follow their passions in their business.”

Roberts originally started the business by focusing on the IT infrastructure for local businesses, then added on the additional services based on need. Having picked up bookkeeping earlier on in her career, she found looking at a client’s books helped her analyse their entire business and, in seeing where their expenses were, sort out their tech.

“Surprisingly they’re a lot closer than you think; in the way people do their things in their back end, they tend to have the same habits across everything,” she explained.

“I always had the bookkeeping clients on the side, so then I just brought it all in one together and decided we were just going to solve problems.”

Describing herself as “just a bush kid, really” growing up in Cape York, Roberts had always enjoyed technology, was always the type to be the first to get her hands on the newest phone or gadget, but it was what the technology allowed her to do and how it allowed her to work that was key.

“It was efficiency…I’m a bit OCD, so the fact technology meant things were easier was great,” she said.

“One of my very first jobs, I had to go into a business and rearrange their paper-based system, with its post its and manila folders and handwritten documents, and after I did it, I said, ‘okay, this is the system now, but let me show you what it could look like with technology behind it.’ It was just a no-brainer for me; it’s the most proactive way to do business well. Every business needs technology.”

Getting an opportunity to work on a development project that was “a bit ahead of its time” early on led her into a network of tech professionals and, eventually, into the launch of Compass West.

The agency started to grow through word of mouth, with Roberts believing their unique standpoint is the fact they will sit down with clients to find out what’s actually going on in their business.

“People don’t need to come to us with hat in hand saying here’s my bucket of problems, we investigate it and say, here’s some stuff we’ve noticed; sometimes they come with something they think is a problem but we look around and find, actually, it’s this section here,” she said.

“It’s also a lot of being around and being available and being up to date, and aligning yourself with people who are out there seeking a better solution as well.”

The approach taken by Roberts was in contrast to the trend the regions saw in the past, prior to the rise of the cloud, of tech consultants coming out from the city, she said, and installing elaborate servers and solutions that were far too big for the average small business.

“I moved a lot of people to more affordable solutions one at a time; they think it can’t be right when you tell them you can move them over to something that costs a quarter of what they had,” she said.

Beyond educating the market, Roberts admitted it has at times been difficult to grow a tech team. As well as outsourcing to long-time partners, Compass West has been working to build the pipeline by training young people.

“Once they know about us we have some young people through, but once they’ve done 18 years of a small country town they tend to want to leave for a little while. What I’ve found is then we’ve got them coming back a few years later,” she said.

“I’d love to say they’re banging down our door right out of high school but it’s not that simple yet. It’s definitely coming, though, and it’s just about exposing that.”

The agency now has clients across regional, remote, and metro Australia, from local businesses in town through to oil and gas clients requiring solutions spanning several states.

Roberts said, “We’re still a boutique agency, and quite proudly we take on the right clients that we can help and make a difference for, so we’re just growing organically in our little home in Roma, central Queensland.”