Example of a bad press release 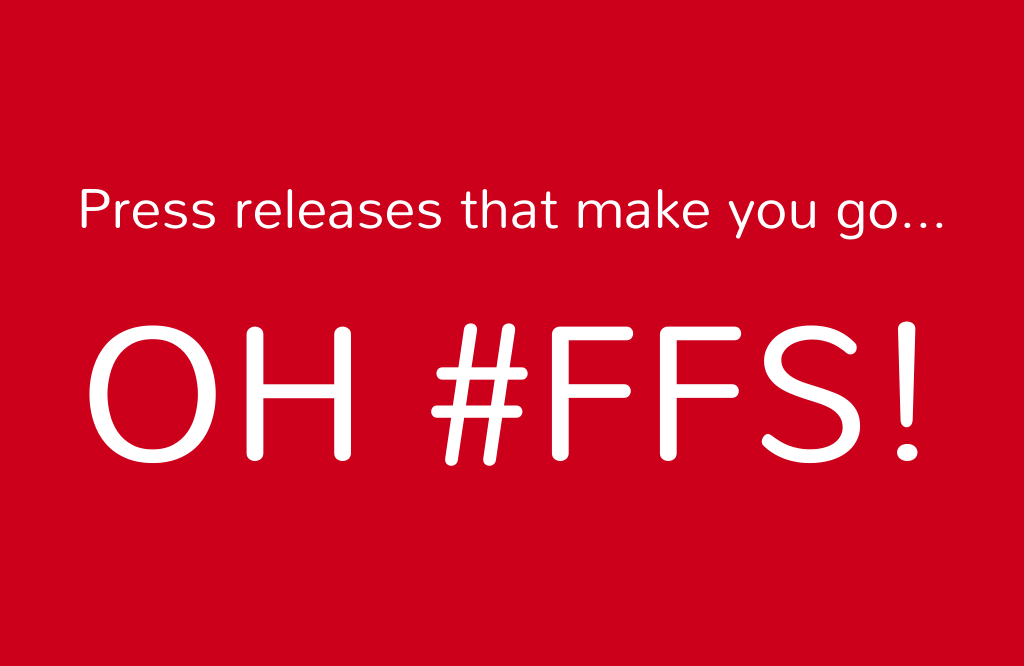 In this article, I break down some of the flaws I’ve noticed in press releases this year.

“With technology evolving at an exponential rate, we need to ensure that BoogieBoogieWoo is continuously improving its business processes and partnerships to bring its customers cutting-edge technology at a significantly reduced price,” says X-man.

Lessons X-man and Xena has learned through their short journey to success is:

1. Surround yourself with great people

2. When you make a decision, stick to it

Wait, so if it’s actually $14.2 million, why say $15 million? Doesn’t mathematical laws indicate numbers should be rounded off to the nearest whole number? In which case, it would be ‘over $14 million’, not $15 million.

High schoolers? So you started the company soon after high school (in 2000), and now it’s 2014. So you’re at least in your early 30s right? Why are you calling yourself ‘high schoolers’? Unless you’re still in high school, in which case, fair enough. It’s never too late to finish high school.

Now the uPhone. So it’s exactly like the iPhone but with different branding? Where’s the ‘innovative’ aspect of it? How are you able to offer the iPhone imitation at half price?

The quote adds absolutely nothing to the story. How are you improving your business processes? What strategic partnerships have you established to grow the company?

And thank you for topping it all off with a lesson in common sense. Your top five tips may have been handy back in the day, but I think entrepreneurs know the importance of being passionate.

You’ve portrayed your company as the Harvey Norman of imitation products.

In all seriousness, while this press release is fake, it is based on a real one I received not long ago. The biggest problem with it is unclear facts, and it’s arguably deceptive. I received no response after asking for clarification. While I admit that the title made me read the release, the inaccuracies became obvious almost immediately.