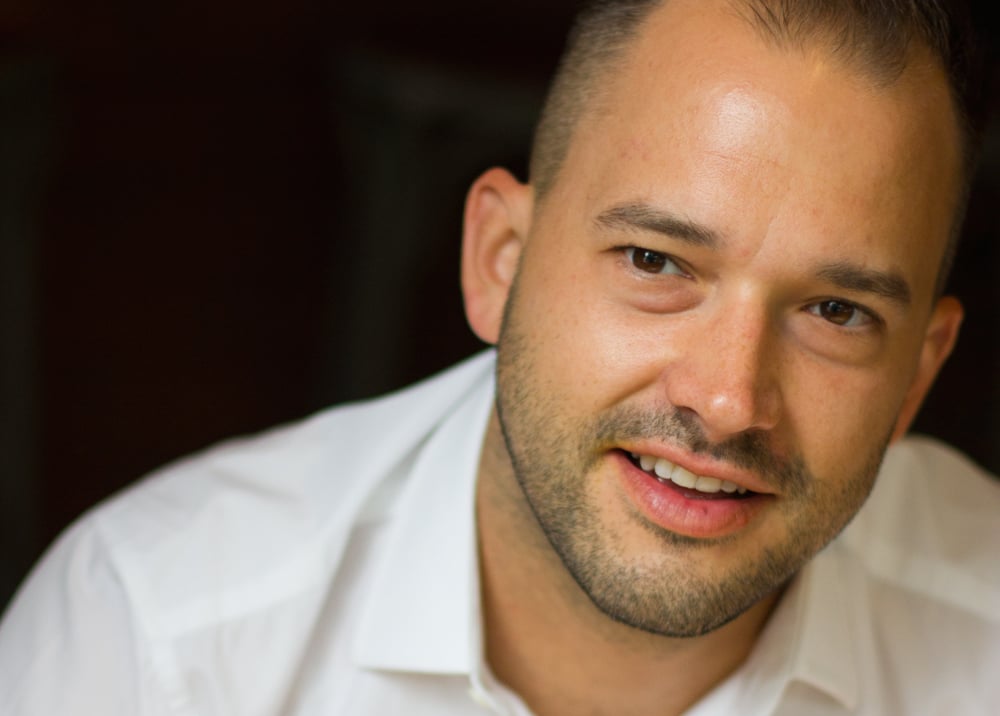 Richemont Group, owner of Net-A-Porter and Mr Porter, have targeted a Sydney-based startup, Mr Shirts, in a new legal dispute. In what resembles the Biblical tale of David and Goliath, the multibillion-dollar company has threatened legal action against the ecommerce startup over its web design.

Richemont lawyers detailed the alleged copyright infringement in a “business to business” letter to Mr Shirts, in hopes that the issue will be resolved without formal legal action. The letter accuses the startup, founded by Fishburners resident Chris Buchanan, of operating “a website with remarkably similar layout and content” to Mr Porter.

It may be useful to point out that there are also other men’s fashion brands with ‘Mr’ in their name – for example, Mr Tee Shirts, Mr Sock, and Mr Mac, among many more.

As you can see from the screenshots above, there are similarities between the websites. However, these similarities exist across many online fashion stores – including Bergdorf Goodman, Harper’s Bazaar, Lane Crawford and Topshop – such that it becomes a common theme or defining characteristic of this type of business. If there can be similarities across genres of film and music, then wouldn’t the same apply with websites?

While these seem fairly generic, Richemont Group believes that these stylistic elements were chosen deliberately to leverage off the multibillion company’s well-established reputation.

“We believe that you have deliberately analysed the key constituent elements of the MR PORTER website and have reproduced them on your own website using your photographs, fonts, drawings and images, which are very reminiscent of our own … thereby unfairly riding on the back of our substantial goodwill and reputation,” the lawyers state in their letter.

Buchanan was admittedly “flabbergasted” upon receiving the letter on February 4th, given his website had only been live for 12 weeks and has “very weak to nil reputation in Australia.”

“How on earth did they find me? I haven’t done any marketing. I haven’t optimised the site in any way. It doesn’t rank in Google,” says Buchanan.

On further reflection, he was flattered that his startup was considered a threat.

“At the end of the day, they should consider Mr Shirts a risk. I believe their model of wholesaling and distribution is outdated,” says Buchanan.

“What we’ve implemented is a direct manufacturer-to-consumer model which creates value for consumers. This allows us to deliver superior products at low pricing.”

A shirt with 120s thread count, mother-pearl buttons and 18 stitches-per-inch retails on Mr Porter for £266 (AUD$494). Mr Shirts offers three of the same quality shirts for less than half that price (AUD$199).

“They’re an established brand with retail stores. They have additional costs, so they need to have a higher margin,” says Buchanan.

He’s been working frivolously on his startup for two years prior to launching it on November 2013. The philosophy behind the startup has always been simple: high quality fashion at affordable prices.

“We operate entirely online, and that’s where the magic lies. Online allows you to naturally strip out costs and return that value to the consumer. That’s the advantage we have over Mr Porter,” says Buchanan.

“At the same time, we’re not at all trying to compete with them or any other global brand. We don’t ship internationally. We’re targeting the Australian market – hence the .com.au at the end of our URL.”

Whether Richemont Group has a valid argument in this dispute is questionable. Their first claim is that Mr Shirts mimics the front page of a newspaper – implying that this particular design is the intellectual property of Mr Porter. The German ‘Relation’ was the world’s first newspaper and printed in 1605. Whoever designed Relation is probably no longer alive, but Mr Porter would be, by their same argument, infringing on his or her rights.

In a clever response to this claim, Buchanan says: “Are you suggesting that Mr Porter has mimicked the front page of a newspaper and that we have in turn mimicked you? Does Rupert Murdoch know about this?”

In another claim, Richemont Group expresses concern over the fact that Mr Shirts, similar to Mr Porter, uses black fonts on a white background. At least 99.3 percent of website owners would agree that it’s good design practice to have black fonts on a white background, because if it was the other way around (white on black), the site would be unpleasant to look at and drive viewers away.

Buchanan says there are “many ecommerce retailers that have adopted this global trend of a simple, clean, black and white website design. This is what all the best brands are doing by way of user interface and experience.”

“No one website can claim to own that aesthetic. For them to single me out is quite unfair.”

There are more where these claims have come from – which can be viewed on www.mrshirts.com.au. But the overall tone of the letter suggests that Richemont Group is trying to mark a territory that it doesn’t necessarily own.

On a final proudly poignant note, Buchanan mentions in the letter: “In 2012 we had a turnover of $0, but Mr Shirts and I enjoy a good handicap.”

Richemont Group has not yet responded to Buchanan or to our media inquiry.

Further details will be provided when they come to light.