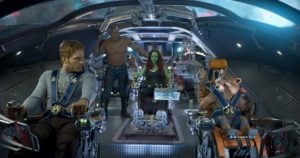 Billionaire Jeff Bezos’s space launch company Blue Origin has announced it will sell its first flights into microgravity to the highest bidder. Blue Origin and its two greatest competitors in the “space tourism” field, SpaceX and Virgin Galactic, claim to be advancing humanity through the “democratisation” of space. But these joyrides aren’t opening up access… Read more »

As the Royal Australian Air Force (RAAF) celebrated 100 years with a spectacular and well-attended flyover in Canberra last week, many eyes were lifted to the skies. But RAAF’s ambitions go even higher, as its motto “through adversity, to the stars” hints. The Chief of Air Force, Air Marshall Mel Hupfeld, announced the intention to… Read more »