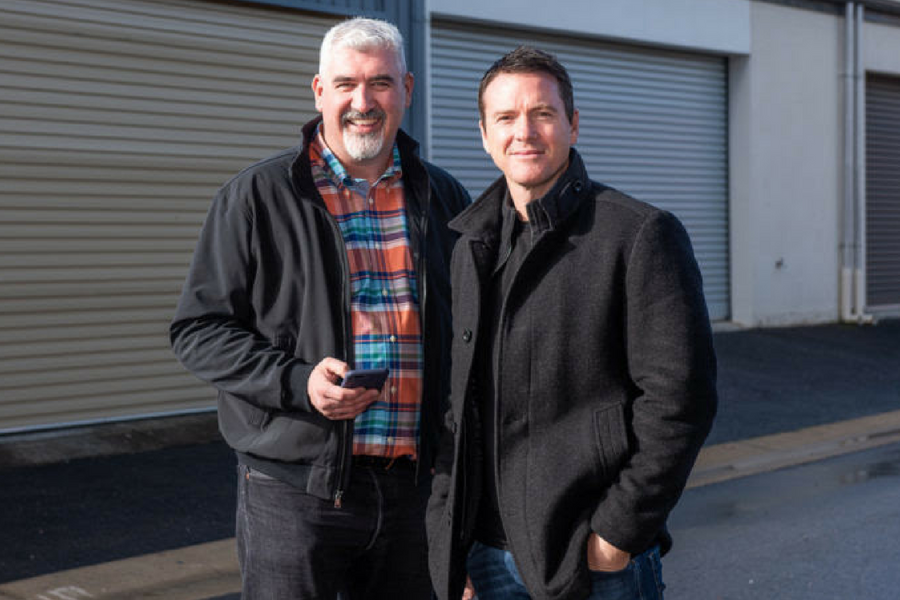 Cofounders Greg Lindner and Adam Whittaker started the WorkSafe Guardian Smartphone app in 2015 and have signed up more than 100 companies with a user base heading into the thousands.

The South Australian company already monitors the safety of workers in New Zealand and is looking for more global opportunities.

Their WorkSafe Guardian lets employers and workers manage many common workplace risks through a mobile device.

The app, which Linder said is Australia’s first 24/7 monitored smartphone safety app, is being used industries as diverse as community health care and real estate.

Lone workers set a timer on the app when they enter a workplace situation where they are alone or there are risks involved. If the timer expires and the employee hasn’t checked-in, an alert with GPS coordinates or a pre-set location is sent to a monitoring centre.

A recurring timer can also be set to remind employees to check-in on a regular basis. The app also has a function that enables an employee to set off an alert simply by shaking the phone.

Lindner said the app was also suited to workers operating in remote areas such as mines or renewable energy sites.

“We’re finding the demand is mainly coming from larger companies and government organisations,” he said.

“Health care is the big one – we’ve got a saying around here ‘carers care about each other’ and larger organisations are starting to focus on their duty of care.

“Just giving them a phone isn’t enough, there needs to be another escalation level – we’re there 24/7 whereas a user with a phone might ring a manager who is in a meeting or who has gone home for the night.

“Across the globe we’ve got an ageing population and the most affordable way to look after them is to keep them in their own homes so there is going to be an upward trend in mobile workforce from cleaners to health care and they are going to need some level of safety.”

The app only tracks an employee’s location when the app is enabled, easing potential privacy concerns among users.

Headquartered in Adelaide, South Australia, WorkSafe Guardian works with each client to tailor response procedures, rather than defaulting to local police.

“The reason we are starting to get good penetration now into different markets is the users are totally comfortable that we can’t tell a manager where they are at any one time – it’s not always on, it’s only when they need it,” Lindner said.

“But if they’re travelling interstate and are walking back to their hotel after dinner there’s no reason they can’t use it then and we’ve got others who go for a jog after work at night and they’ll use it – we’re 24/7 as they need it.” The first response when the app is triggered is to call the phone in case it is a false alarm. If not, then the client’s response procedure is activated.

“Each client is different. If it’s a hospital we’re looking after there may be on-site security so we will engage with them, if it’s regional we may use a local security company rather than police in the first instance,” Lindner said.

“It’s come from our over 20 years in the security industry and knowing that not every situation is picture perfect.”

Clients pay a monthly fee per user for the app, which is available for Apple and Android devices.

Lindner said he has been talks with companies with staff in the United States and Europe, which could mean the app could continue to be monitored from Australia or an international company could buy rights to the app and run the monitoring itself.

“The scalability of it means it can still be monitored in Australia for the rest of the world or other parts of the world can monitor their own – it’s very flexible in its design.”