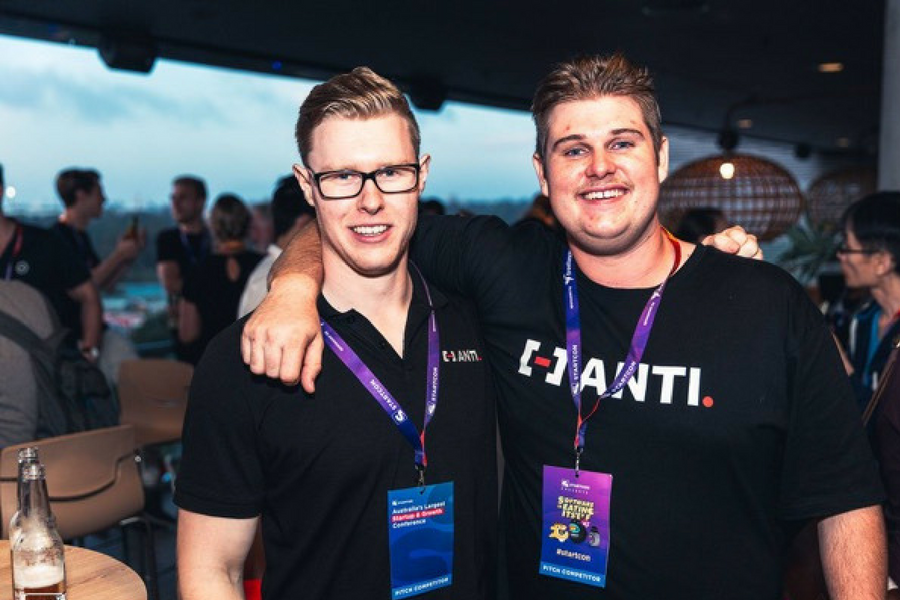 It looks like a soft beanie and has the strength of a helmet: budding startup ANTI. is creating a snow sports product that sounds so radical on paper, yet it was just a series of home experiments with non-Newtonian materials helped form the idea that a beanie could be created to maximise comfort and safety.

Medical engineering student and cofounder of ANTI., Rob Joseph, spoke to Bullpen about what drove this idea.

It stems from my experience; being a Queenslander I hadn’t been to the snow a lot. Pretty much all my life I have been wearing helmets, for wakeboarding, motorbikes, push bikes, and I never had a problem with wearing helmets until I got to the snow and I found myself taking it off frequently. I found it really annoying whilst wearing the added gear such as gloves, face mask, beanie, ear muffs and goggles.

Yet as someone who is a semi-intelligent person it’s a foolish choice not wearing a helmet. But we realised it’s something that people do a lot, and we figured we saw everyone who didn’t wear a helmet, and even some who did, wore a beanie.

What goes inside the beanie, is it patented design or an application of utilising known materials in a new fashion?

It’s using known materials but the way we’ve used them is different to how anyone else has done it, and that’s our intellectual property.

How has the product been refined and tested? Has it been tested on the slopes, not just you being hit over the head with a plank!

We haven’t quite been able to get to this point yet. Luckily I’m a medical engineering student and my business partner is a civil engineer, we have a lot of resources that allows us to do a lot of testing without being on a mountain. By the time we get to one it will be an ergonomic test and a practical use test. As you’re pre-revenue, how close are you to taking on funding?

We’re pre-funding at the moment but we are getting close with a couple investors. We are trying to get some early seed capital soon.

We’ll also be trying to build up a presence in the next couple months, getting ready for a bigger launch later this year.

I’d imagine your marketing and public presence will have a very strong visual component?

It’s a product that people won’t really believe at first! But it’s quite easy to prove that it works so marketing will be really fun.

It’s a crazy idea, which can be fun to market.

Yeah, that’s why people like it when I get hit over the head during a pitch! They don’t believe it until we get to that stage and then they do because we believe in it that much we have to put our heads on the line to prove it.

Have you considered any wider potential for the beanie just yet?

The material is always the important bit, the application is something we can change quite a lot. There was a couple reasons to go the snow sports market: initially because it’s where our passion lies, we love it and that’s essentially where it started but we also think it’s one of the harder markets to tackle because people are so picky, they won’t put on anything that’s uncomfortable or uncool.

There’s a lot of different criteria a lot of snow sports participants really need out of a helmet and so we decided to go the most difficult one first and then we can move from there.

You bring up the cool factor in regards to snow sports, is that such a barrier?

It’s hard to quantify and it’s individualised for each person. The culture in particular, if the guys really like the product and being seen in the product then it will go well.

We want to build something where people are happy to have it on their heads a lot of the time, not just when they’re riding.

The whole cultural side of it is something we want our product to tackle too.

We want to get a really nice set of prototypes done and from there we’ll be looking to do some quieter testing in the southern hemisphere winter season. We’ll get some people we know to wear and test the prototype and get their feedback, make adjustments, iterate and keep advancing the prototype before launching into some serious marketing perhaps with the goal of pushing into the market at the end of this year, early next year.