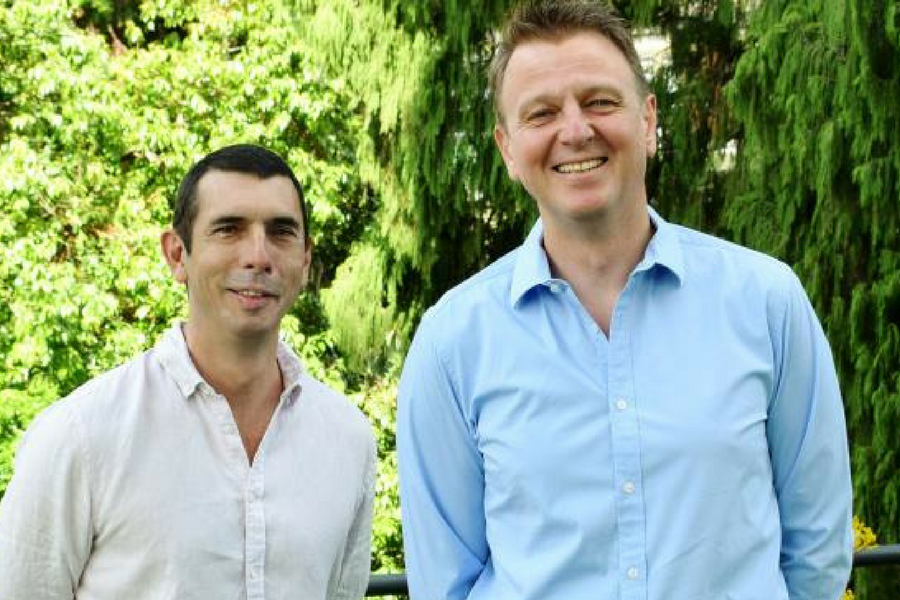 It is easy to be dazzled by a salesperson at the best of times – a shop assistant telling you that yes you definitely look great in that blouse and you should get the matching skirt and shoes to go with it to complete the look, or the car salesman insisting that you won’t be able to find a better price for a one year old Toyota that’s only done 25,000 kilometres anywhere else, and he’ll even throw in some car mats for free! – but when it comes to planning a funeral, few people are in the mood to shop around.

Even if they were, 40 percent of the $1.06 billion Australian funeral industry is held by listed company InvoCare. However, there is a lack of transparency across the board: a 2005 NSW Parliamentary Inquiry found a need for increased community awareness and education with regard to the pricing of funerals and alternatives.

For startup Picaluna, the dominance of existing players and the lack of transparency leads to “formulaic, cookie-cutter” funerals that fail to truly celebrate the life of a departed loved one.

Founded by Greg Inglis, Chris Hancock, Paul Quinn, and Adam Podger in 2014, Picaluna is an online platform that aims to instead offer “a better way for family and friends to say goodbye to the people they love” by connecting them to a network of trusted service providers for more choice.

Inglis said, “Our mission is to empower families to create inspirational, affordable farewells that pay tribute to a life lived. We tailor everything we do to suit families’ needs, rather than force them to conform to the rigid practices of an industry that’s slow to evolve.”

“That could mean a ceremony at someone’s country property outside their beloved tool shed, a RSL club, by the sea, in a town hall with bands playing, or a traditional religious ceremony in a church if that’s authentic for the person and their family.”

Inglis and his cofounders saw the need for such a service through personal experience, realising that they had all been through the same kind of thing.

“Our experiences were very much the same, where we were rushed into having the funerals, which were very formulaic and not at all authentic celebrations of our respective parent’s lives. We felt we were taken advantage of when in an emotionally vulnerable state,” Inglis said.

“Mum’s funeral was a 45 minute service in the hospice’s chapel, two days after she died. We made the most of it at the time, but it didn’t do Mum’s life justice. Mum was the daughter of a Kiwi farmer; Pop was a hobby horse trainer. So it’s no surprise that Mum loved the horse races.

“A more fitting farewell for Mum would have been to have her cremated and hold onto the ashes for a couple of weeks, until we got over the real deep grieving period, then purchase a hundred or so tickets to Royal Randwick, invite everyone to attend; we’d be dressed to the nines, drink champagne, laugh, cry, tell stories about Mum, and then scatter her ashes at the winning post. Now that would have been a wonderful farewell.”

Reflecting on their experiences in the months that followed, the cofounders felt that the funerals had been overpriced for the value they delivered, with the funerals falling short on both financial and emotional value.

As Inglis put it, Picaluna looks to provide that value by focusing on one simple thing: “It’s all about listening to the families and giving them what they want.”

Currently servicing Sydney, the Central Coast, and Newcastle, Picaluna has brought on a team of over 150 celebrants and planners it believes aligns with this vision; celebrants go through a two day training program and then tag along to several funerals to observe another celebrant before they can conduct funerals on their own.

Someone in need can browse and contact a celebrant or planner, who will then help them create an authentic celebration of their loved one’s life. They then work to choose service providers from within the trusted Picaluna network, from florists to stationary providers, mortuaries, hearse and limousine companies, and others.

“The system is a form engine, CRM, and project management tool all in one. The celebrants who create and manage the funerals for the families enter data into the platform on tablets, populating the forms required to run the funeral,” Inglis said.

“The forms can then be sent to the respective families and service providers via email, SMS, or fax with notification in the system upon receipt of the form.”

The platform clips the service providers’ fees, and charges the customer a 35 percent service fee on the wholesale cost of the funeral. Ten percent of Picaluna’s profits go to a charity of the customer’s choice, while the startup also promises 100 percent price transparency.

The startup worked with a number of funeral directing businesses in building its platform, with the process taking around 14 months.

“There were many challenges, some bigger than others, such as integrating with Births, Deaths, and Marriages [BDM] system,” Inglis explained.

“The BDM development team were based in India, which added another level of complexity; it took us 12 months to crack the integration with many frustrating moments. Having an amazing development team here in Australia, complemented by a team of developers in Turkey and Poland, got us through the tough times.”

Picaluna is one of several new offerings in the funeral industry.

Also recognising the lack of transparency in the space was Colin Wong, who launched funeral home comparison platform GatheredHere after the passing of a family member.

“What I did to help out the family is go and try to find information on prices for what our various options were when it came to various experienced funeral directors. I picked up the phone and started doing a bit of a ring around and the experience was pretty terrible, actually. No one would give me a straight answer in terms of pricing, and they would give you a number of reasons why it was too difficult.”

Instead, Wong said, there was an immediate push to meet the family in person, an option which would likely result in the family choosing the funeral home service since they wouldn’t want to relive the “difficult” and long-winded experience.

With a view to expanding into Melbourne within the next 12 months, Picaluna aims to undertake a rebuild of its system in 2018, while at the same time ramping up its recruitment drive to onboard 40 new celebrants per month.

Previous article Five lessons learned from my first failed business that helped get the next one off the ground
Next article Rideshare car rental startup Splend raises $7.2 million to further its international expansion
Via Advice
Tags Australiadeathfuneralfuneral planningfuneralsgreg inglisinnovationmarketplaceNSWpicalunaplanningSydneytwo sided marketplace