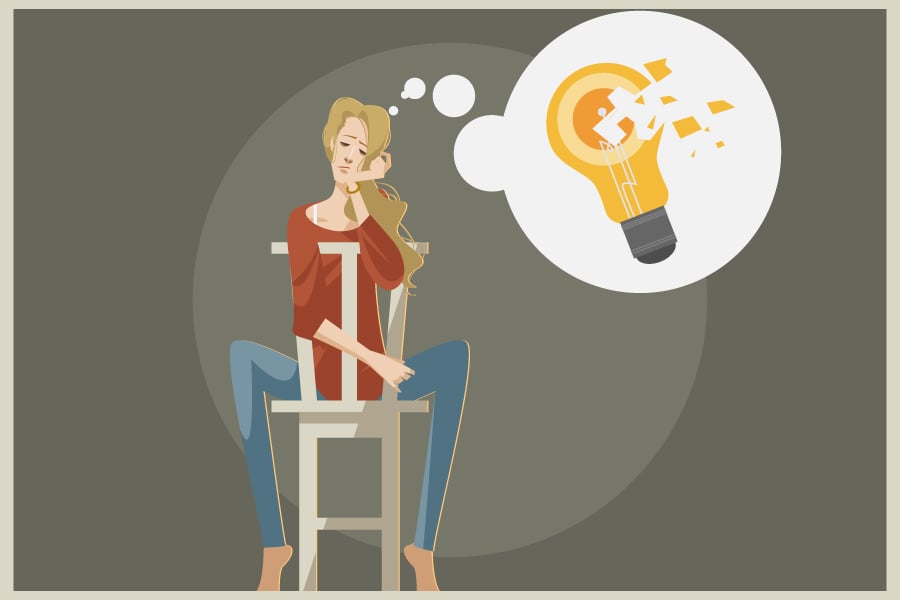 I still remember the first time somebody presented my idea as their own. It was at a department kick-off meeting for the new year in Singapore, and myself and colleagues with the same position as I had from the Asia-Pacific, South African, South American and Middle Eastern regions were all gathered in a boardroom in the building of the Singapore Stock Exchange to present our plans for the upcoming year to the Regional Director and a handful of other key individuals at the company.

For background purposes, I had held my current position the longest and the structure I had put in place was a case study of sorts that was influential in the company implementing the same role and team structure as Australia had across all the other countries in the “emerging markets” region, as we were known. This also meant that, quite often, the other managers would call or Skype me for some advice or coaching and the odd brainstorming session, for which I was more than happy to oblige. Leading up to this kick-off event I would have spent at least an hour in conversation brainstorming and even sharing my plans for Australia with majority of the new managers in order to help them create a plan that worked for their specific region.

Just before my turn to present to the group, it was the turn of one such colleague with whom I had shared my planning. That person proceeded to, almost word for word and slide for slide, deliver my presentation to the group. If it hadn’t been for the fact that the Regional Director had already seen my presentation weeks before, as they had used me to brainstorm plans for other parts of the kick off, it would have been one hell of an awkward presentation that followed to a room of very important people. My presentation ended up being more conversational and a workshop of sorts thanks to smart thinking by that Regional Director and me having the ability to ad lib quite naturally when needed (and under pressure).

I am not sure whether or not that peer was ever spoken to or admonished for presenting my thoughts and ideas as their own in private after the event – but I do know they were congratulated and acknowledged publicly for those ideas and plans in the moment, and were seen as a valuable individual to the company by those in the room that held significant influence across the company globally.

There has always been a slight but persistent annoyance in the back of my mind that I never spoke up and raised it as an issue in the moment when it was happening. Maybe I didn’t want to be annoying myself? Be that person that creates a rift during an event that otherwise was running quite pleasantly…?

It is not lost on me for a single second that such events as the one I describe are experienced far more often by my female colleagues and peers in the tech ecosystem. In fact, the same rings true across every workplace and every industry. It has almost become so acceptable for Person A to present Person B’s idea as their own that the advice given by some workplace dynamics experts in publications of authority on workplace conflicts like Harvard Business Review is to take time to calm down and to be proactive about preventing it next time.

If that is the advice we are giving young women in the workforce about standing up for themselves and taking ownership of the ideas and plans they spent time creating and articulating into existence, then we should not be surprised that our female peers have kept silent on other issues like sexual harassment and workplace bullying.

Rest assured I am not void of guilt when it comes to this particular subject. I have sat through meetings where I have seen male colleagues present the ideas of female team members as their own and have not spoken up, corrected them, or highlighted the origin of said idea, instead making the choice to remain silent. The wrong choice, to be very clear.

Giving people, no matter their gender, credit for their ideas is important. A study conducted by Lean In and McKinsey and Company on women in the workplace shows that our female colleagues fall behind in terms of the challenges they need to overcome in the workplace basically upon entry to any workplace – straight away they are 18 percent less likely to be promoted than their male peers.

That’s one massive reason why acknowledging women with great ideas is important – it creates a fair playing field when it comes to employee promotions based on contribution and merit.

We have seen the new standard of 2018 being set by those involved in the #MeToo movement – hopefully, this will be a year where a lot of wrongs will be made right, where bad behaviour and the individuals behind it will be called out, where women in all industries with great ideas will be credited for them and the success that follows.

For us men, participation is crucial yet incredibly simple; each time you see a male colleague taking credit for the great idea of a female colleague…say something.