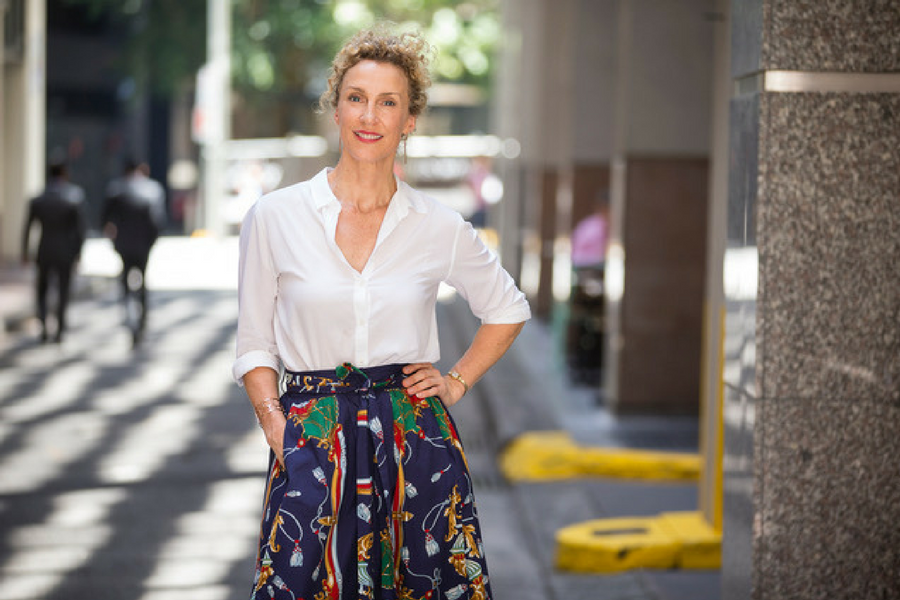 Even for the most loved up of parents, raising children is no walk in the park. For divorced or separated couples who are co-parenting – there are more than 31 million families globally co-parenting, according to the 2007 UN Demographic Yearbook – it can be a constant battle.

Aiming to make it easier is Brisbane startup Divvito, which has built a messaging platform to help separated or divorced parents communicate.

Cofounded by twins Wendy and Peter Oxenham, the platform is aiming to make co-parenting communication easier by, as Wendy explained, “bringing the benefits of email to instant messaging”, and helping to keep emotions in check with parents can’t.

“It aims to reduce the frustrations in parenting communication after separation and divorce and take the messy out of moving on,” Wendy said.

A seasoned sales pro, Wendy felt the need for such a tool following her own divorce a few years ago, which gave her a first-hand look at the challenges of communication in the process of co-parenting.

“My ex-husband and I are amicable and we are lucky we can pick up the phone and chat, yet many parents can’t. Raising and coordinating children predominantly occurs via text and email and that is fraught with complications,” she said.

“The more single parents I spoke to, the bigger I realised this problem was. All I kept saying to myself is, there has to be an easier way.”

Bringing on her brother, the cofounders got to work building Divvito, which was originally envisioned as a web-based collaboration tool, giving users features including a parenting calendar before going through user testing and finding that the biggest problem separated parents faced was communication.

“We’d finish the interview and just start chatting about being single parents. They would tell me about the last email or text from their ex that ticked them off, or something they messaged that was taken the wrong way, which led to a text message argument. I could feel their pain,” Wendy said.

“Once we decided to focus on communication, we conducted rigorous and unbiased user interviews and quickly saw the same problems emerging. Instant messages often fuelled arguments, emails were used for important matters because they wanted a paper trail, and receiving emotionally-charged messages caused major anxiety.”

In looking to address this, the Divvito app currently works by having chatbot Dani take each parent through the onboarding process before connecting them to each other. From there they are able to message each other like any other messaging app.

Where it differs, however, is its organising of conversations according to specific topics or matters, flagging messages that could cause tension by replacing “harsh words”, and delaying delivery of such a message so a user is given the opportunity to revise it.

“Our aim is to take the heat out of the moment and encouraging more positive behaviour along the way,” Wendy said.

If notifications are turned on for incoming messages, their content is kept private on the user’s lock screen so children don’t accidentally see anything, while all messages are archived so they can be easily referred to later if need be.

In the pipeline are plans to start using artificial intelligence to further develop Divvito’s ability to flag messages, using it to learn about explicit, inferred, and assumed conflict, Wendy said.

She explained, “Explicit words are easy to filter. They’re not always what starts conflict in communication, but they’re definitely why it ends. The words and phrases that can trigger conflict and be most hurtful are those that are inferred or assumed, and this is what Divvito is keen to learn and monitor in the coming months as more contextual data is provided by users.”

As it gears up to officially launch the app this week, Divvito has been helped along the way by the River City Labs accelerator, powered by muru-D.

“From day one, the talented Entrepreneurs in Residence, Cristo Pajust, Llew Jury, and Mike Knapp, challenged our ideas, our methods and everything we’d done up until then. They wanted us to build a product people loved, not liked. This made us narrow our focus on developing a great product quickly and getting it into the hands of users to learn on the go,” Wendy said.

In narrowing its focus, Divvito has differentiated itself from a couple of other players in the market, including fellow Australian platform Famylia. Also aiming to help separated and divorced parents in raising their children, Famylia is a web-based offering featuring a messaging system, calendar, and invoice tracking.

“Divvito is different in that we are a real-time messaging app, not a web-based message board. We also use technology to mediate messaging, not people. Divvito wants to be the WhatsApp for separated parents but with all the protections and features parents need to make communication stress-free and child-focused,” Wendy said.

As the app launches and they enter the second half of the accelerator program, Wendy and Peter will look to learn how parents are using Divvito and iterate on this data to further their product market fit, with a view to raising seed funding after they graduate from the program.