The essential guide to surviving as a woman in IT 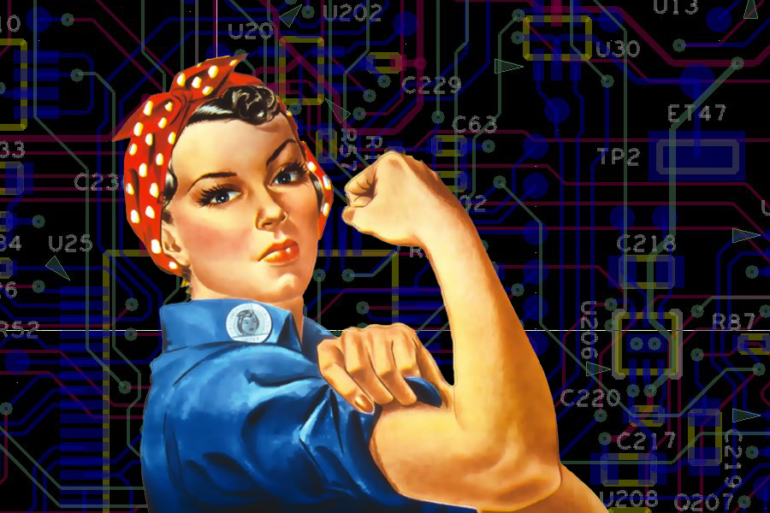 Disclaimer: This is a tongue-in-cheek survival guide for women in IT and not to be used to actually combat zombies or aliens.

According to ACS, women make up only 28% of staff in ICT industries, well below the average of 44% across other industries. Digging a little deeper, the number drops as low as 18% for technical roles.

While it might seem like the situation is improving in some companies… we’re hardly talking about gender balance, we’re talking about something far more serious: survival.

A few weeks ago, I was invited to speak at the Girls in Tech Catalyst Conference held in Melbourne, drawing hundreds of women from every corner of tech: entrepreneurs to engineers, VCs and marketers for Ted-style presentations and workshops from industry leaders. 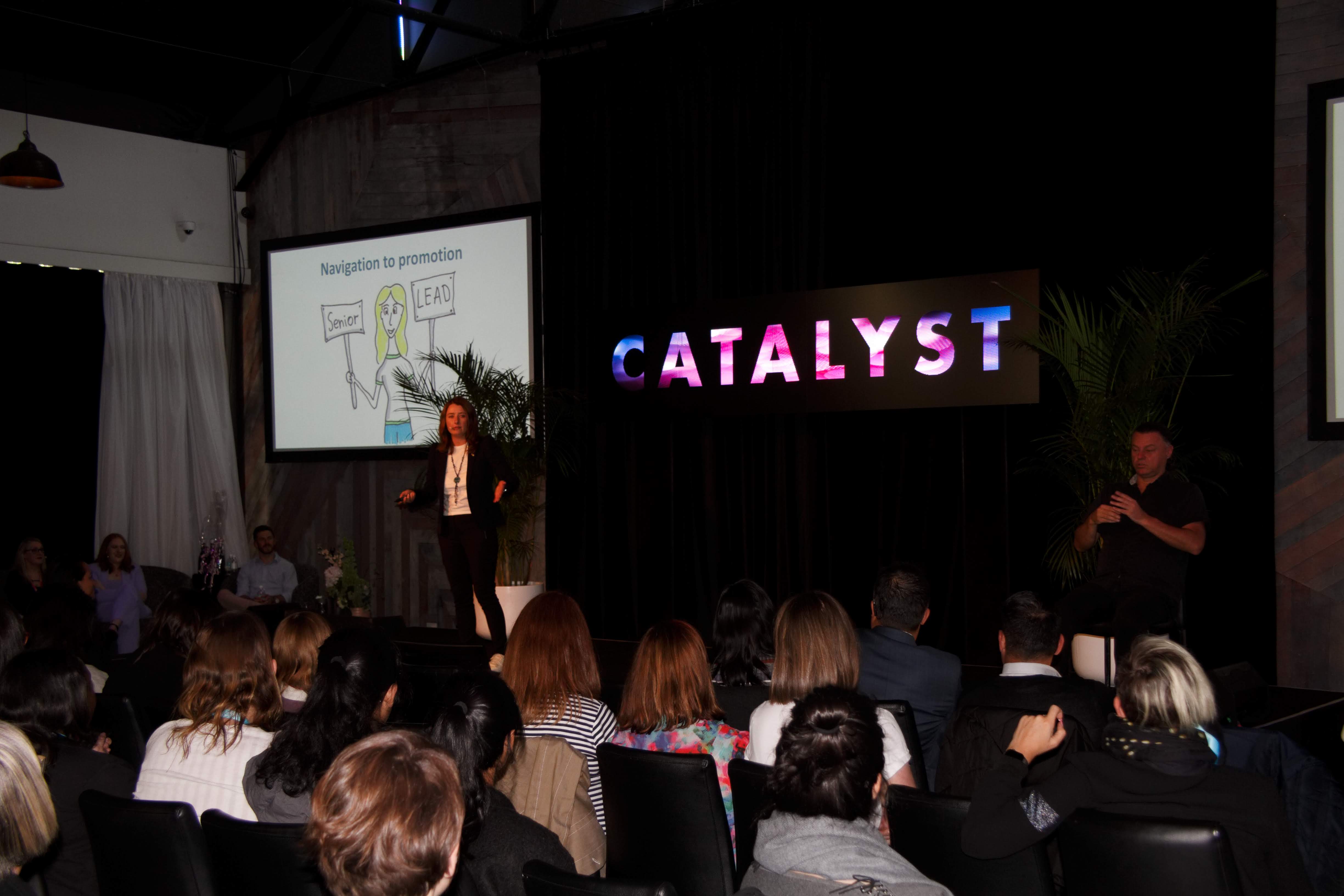 I took this opportunity to fulfil my duty to warn fellow women in IT against the common hazards they’ll encounter in a male-dominated environment.

I instructed them through my tried and tested guide, covering everything from the hiring process to settling in, promotions, parties and finding allies in the workplace.

Here are my top 10 survival tips:

Job descriptions can be daunting at times, especially when there’s a long list of criteria, skills and experience attached to each role. But don’t be discouraged! Don’t give too much credence to the job description.

My advice? Treat it as a wishlist. If you recognise 20–30% of those hieroglyphics then you’re almost certainly qualified. You need to apply!

There are two main enemies in your job search: the recruiter and yourself. Beware the recruiter! A recruiter’s natural habitat is the murky swamp between LinkedIn and their mobile phone.

Some species of recruiters are especially known for their bad habits, like telling you that IT is a ‘boy’s club’ or ‘you look too young for such a senior role’. The best defence against this creature? Ignore the comments, and apply for the job anyway!

To face your next enemy – yourself – takes strong mental discipline. Recognise that Imposter Syndrome is not uncommon, but be sure to acknowledge your skills, experience and wisdom. If you, however, continue to think that you’re not “good enough” for IT, or that IT isn’t for you, the survival guide will prove to be useless. I can’t help you here.

You’ve conquered your enemies, and landed the job. Congrats!

Now what? On the first day in the office your main task is to survey the battlefield. Create a detailed map of the office premises and locate the nearest exits and plan your escape routes.

Memorise the locations of the bathrooms — these make great safety shelters or panic rooms.

Many people will judge your skills just based on your looks.

That is how the human brain works; we recognise patterns. And if you are, let’s say, a timid foreign woman coming into a male-only team in a technical leadership role — you might not be taken seriously.

You may even get asked by a middle-aged male colleague to get him coffee and find him another man to talk to. Yes, this will happen more than you think.

Almost every woman I know in tech has had at least one awkward or inappropriate situation with a male colleague, and some of those are very recent.

For all those late nights, unexpected overtime and the general pleasure of being the only female in the office, I strongly advise that you get organised in advance.

In order to survive you need to create you trust network, there’s safety in numbers! To do this, find allies across departments, other teams and get clear on the hierarchy.

It can be hard to spot allies, so keep a lookout for things like: people who notice discrimination and call it out. People who ask questions rather than telling, and people who are supportive of others.

After locating and spotting potential candidates – recruit them. These people will be your work husbands and wives. They’ll be the ones who will give you honest feedback, advice and just listen to you when you get frustrated or upset.

All meeting rooms are designated zones for active combat. Potential hazards are ignorance, miscommunication, and undermining of your opinion.

Speak up. Argue your point. Remember your emergency kit – use you loudspeaker if you want to be heard.

If you’re still not getting through to your team members, find a way to get a man in the room to repeat exactly what you said, just slower and louder.

Step 8: Take credit for your work

Worked all weekend and late nights to deliver a stellar project on time? Own it.

Managed the team that delivered a project? Own it.

Contributed every so slightly to a project, maybe even just an idea but didn’t actually do anything? Own it. Everybody does it, why should you miss out on all the fun?

Step 9: Stay alert, do not let your guard down

That means no socialising, smiling, partying, drinking or engaging in any activity that may be misinterpreted, criticised, or put you in the circle or firing line of office gossip.

If you find yourself alone with a male colleague after a few drinks.. Abort, Abort!

Step 10: Be the person at the table

And invite the next woman that walks through those office doors to join you. Don’t be taken by surprise, BE A SURVIVOR.

Previous article An Airtasker founder is taking on property sales with an app he’s calling ‘LinkedIn for real estate’
Next article KAREN ANDREWS: Here’s why 95 CRC projects funded by the Australian government are the future of industry and innovation
Via Opinion
Tags humourIToffice politicswomen in the workplace