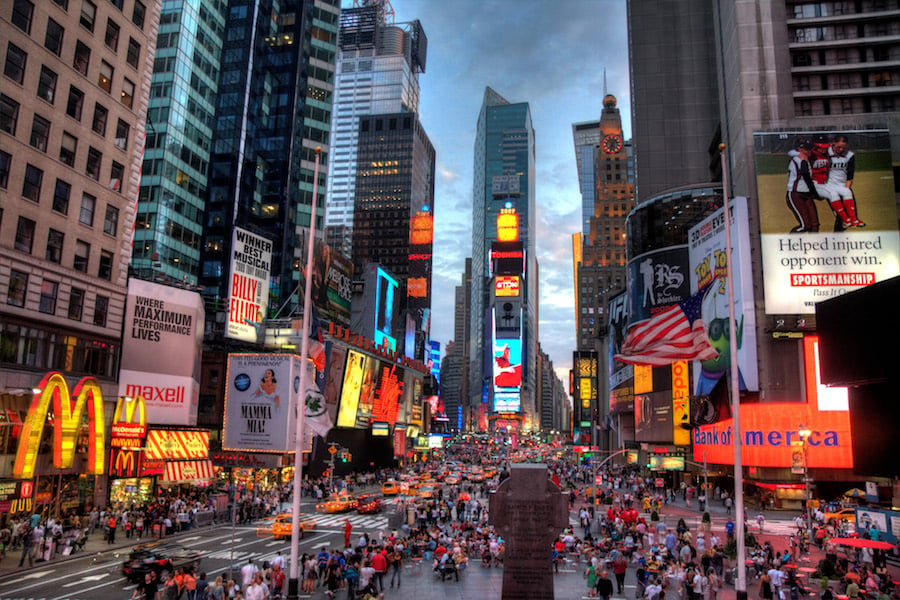 From Frank Sinatra to Ryan Adams, Allen Ginsberg to Joan Didion, New York City is famous for the artists it’s been home to and the art it’s inspired. While artists have flocked to New York, Silicon Valley has become synonymous with tech entrepreneurship. For many startup founders, Silicon Valley has always been Mecca.

Until now. Over the last few years, New York has been collecting founders from all over the world. The city’s startup ecosystem is now generating $30 billion in wages each year for 291,000 workers, with a growing number of them Australians.

One of them is Sarah Riegelhuth, who recently returned from six weeks in New York with her We Love Numbers co-founder and husband Finn Kelly. They were there to launch the startup’s US operations, with the market opportunity in the city too big too ignore.

The startup, which provides bookkeeping, financial, and entrepreneurial advice to startups and small businesses, originally launched in Australia earlier this year with such a heavy New York theme on its website that Riegelhuth says many people thought they were launching into New York to begin with.

“New York was always our big vision. For us that’s the city we love and where we want to spend more time, so it was always in the back of our minds that it would be great to take the company to New York,” she says. Finn Kelly and Sarah Riegelhuth, Founders of We Love Numbers

The opportunity came when the co-founders were approached by two Australian contacts in New York, Amron D’Silva and Will Tan, who asked when they would be launching in the US. With D’Silva and Tan now heading up the company in the US, Riegelhuth and Kelly are set to fly back and forth as they look to solidify its place in Australia.

Riegelhuth admits navigating legal systems and processes was difficult due to the simple nature of their unfamiliarity; We Love Numbers was incorporated in Delaware, a common practice among startups, as the State of Delaware provides more flexible investment laws than other states and makes it easier for non-US residents to form a corporation.

Though the startup operates in the finance space, for Riegelhuth the fact that New York is a financial hub matters less than what’s happening in the city from a purely entrepreneurial point of view.

“New York’s got a really good startup scene; the government there is putting a lot of focus on entrepreneurship and building the entrepreneurial ecosystem in the city, so it’s exciting from that perspective probably more so, thinking about our target market,” she says.

While Riegelhuth’s business career was firmly established in Australia before expanding, Michael Giles started his in New York.

Giles, the founder and CEO of online brokerage platform Third Party Trade, first went to the US on a scholarship from Swinburne University.

“As someone who has followed the US markets from an early age, New York is a place I always felt I had a connection to. It’s the only place I ever travelled to for a holiday. When I’m in New York I feel like I’m plugged into the energy of the city,” Giles says.

“It was quite clear that the opportunities available to me in New York were never going to be available in Australia.” 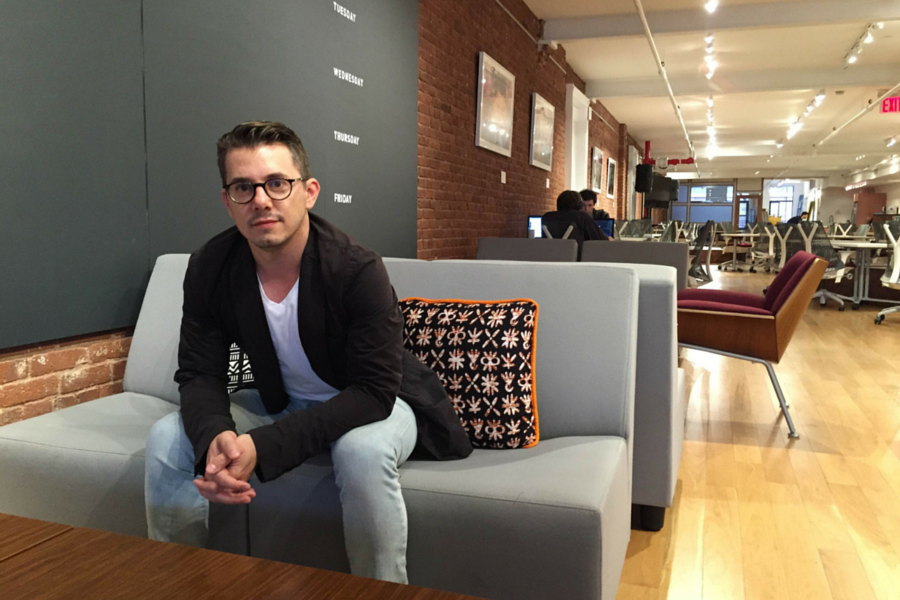 Greg Ainsworth too, co-founder of aged care provider marketplace Hakuna, started his business career in the US after almost three years in Canberra as a policy advisor in the office of the Prime Minister and Cabinet.

He originally went to the US because he and his American girlfriend (now wife), who was studying at Harvard at the time, were tired of living long distance. He met his Hakuna co-founder Kevin Liu in Boston, and they made plans to move to New York.

“The Valley did appeal at one point, until I spent some time there for fundraising and realized it’s a huge traffic jam all the time. San Francisco is nice, but it’s a long drive from San Jose. In New York I live 15 minutes walk from our office. I don’t feel like we’re missing anything by not being in the Valley or San Francisco,” Ainsworth says.

Giles agrees that, while New York is still a great fit for finance and Silicon Valley may appeal more to pure tech startups, deciding to base oneself in New York or Silicon Valley is now more of a personal choice than a business decision.

“Although I’ve traveled to San Francisco and Silicon Valley quite a bit, it never appealed to me as a place to live. Given I’ve spent my career in FinTech, it never even occurred to me as a choice. It was always going to be New York,” he says.

“It’s the greatest city on earth.”

They’re two of the oldest stereotypes in the book: Australians live by “she’ll be right” while New Yorkers are notoriously tough. Yet Riegelhuth feels the Americans are more optimistic than Australians, right down to their eagerness to meet for coffee at the next spare moment rather than scanning their calendar to maybe find half an hour in two weeks’ time.

“It’s much faster to take action and do things over there, and they do have a little bit more of an open-minded perspective. They’re always ready to have a chat and it’s very optimistic, they’re always willing to see if we can add value to each other. Maybe in Australia we’re a little bit more hesitant,” she says. “I do think they have a more optimistic nature, and I really like doing business in that kind of environment with that culture.”

By the very nature of being there, the Australians have taken on the same mentality.

“You find Australians over there are are really pushing boundaries, taking a risk and going out on a limb. They’re really willing to give you a hand and introduce you to someone,” Riegelhuth says.

Ainsworth has also seen more of a willingness to give things a go.

“Pretty much fresh off the boat, I asked for a meeting with the managing partner of the Boston office of one of the biggest law firms in the country. I turned up with a one-pager about a project we wanted to do but needed legal help for, and he gave me 18 month terms for up to $30,000 in legal work. That was everything we needed to get started,” he said.

His startup, Agilis Health, created a mobile diagnostic device for hearing health currently on trial at Boston Children’s Hospital. While Ainsworth admits the legal market has changed in the US – “they’re not that generous anymore” – he says he couldn’t imagine anything like that ever being offered in Sydney.

Australian entrepreneurs may well point to the heavy support their American counterparts receive from government as good reason for their optimism.

Not one to let itself be eclipsed by another city in any way, over the last few years New York has begun to throw its weight behind the startup sector – and it’s paid off. The latest City Initiatives for Technology, Innovation and Entrepreneurship (CITIE) report, produced by Nesta, Accenture, and Future Cities Catapult, listed New York in the top tier of cities for tech and entrepreneurship around the world. The cities were judged across the areas of their openness, infrastructure, and leadership.

While Sydney was put in the third tier, labelled a ‘builder’ – promising, but with much work still to be done – the report found that “New York City prioritised innovation and entrepreneurship earlier than most other comparable cities, and has taken an extremely active stance towards its startup and tech communities over the last few years.” The report also highlighted support the city offers its startups, from funding and branding activities to community building and skills provision.

These initiatives have been put in place by successive New York City mayors. Former mayor Michael Bloomberg, himself an entrepreneur, launched a number of city-sponsored hackathons and established the role of the city’s Chief Digital Officer. In 2013, he launched the We Are Made in New York initiative, a branding exercise created to both bring awareness to the city’s startups outside the sector and bring the startup community together. As part of the initiative, the city created a website listing over 3,000 employment opportunities at 900 local startups.

Bloomberg believed that New York was the “ideal location for talented people with ground-breaking ideas to start their companies.” He highlighted the growth of the tech industry as an important part of the city’s economic development strategy to bring new businesses to the city and more job opportunities to New Yorkers. Bloomberg was such a supporter of the tech and startup sector that when he left office, some were concerned that the city’s tech scene had “just lost its cheerleader.”

However, new mayor Bill de Blasio has also seen the value fostering the startup ecosystem can bring to New York. Earlier this year he announced the launch of the Tech Talent Pipeline, an educational program to help people gain tech skills, and increased funding to the City University of New York to encourage more students to study in the STEM fields. Last year he launched Digital.nyc, an online portal connecting startups with a community of investors and tech talent.

Higher levels of government are also doing their part, with Governor Andrew Cuomo introducing the Start-Up NY initiative last year. It’s seen the creation of a number of tax-free zones on or near college campuses around the city for startups to relocate to. However, the success of the initiative is debatable; Cuomo declared that it would create over 2,000 jobs over five years, though recent figures show it has only created 76 so far.

What we can learn

When it comes to what Australia can learn from New York, it’s fair to say that the local startup ecosystem is well aware of its weaknesses and what it needs to do better. However, the Aussies overseas believe we’re more or less on the right track.

“From the outside looking in, it appears to be developing very well, but it doesn’t seem quite there in terms of all of the elements that make a startup ecosystem successful,” Giles says, identifying the need for more investment in early stage ventures as a key issue.

With Ainsworth highlighting the easy division of shares among team members as one of the best policies in the US, the recent resolution by the Australian government of the six year old Employee Share Scheme mess is another boost – and the moves being made here are being watched in the US.

Perhaps one of the most important things Australia can learn from New York is to get over its put-upon little brother syndrome and retire the term ‘brain drain’ once and for all. The startup world as a whole is full of expats and expansion and, though it can’t be denied that large numbers of young Australian talent are still choosing to head overseas, it may sometimes just be that, like Sinatra, they’ve always been dreaming of New York.

Eventually, like Didion, they may end up saying goodbye to all that and coming home.