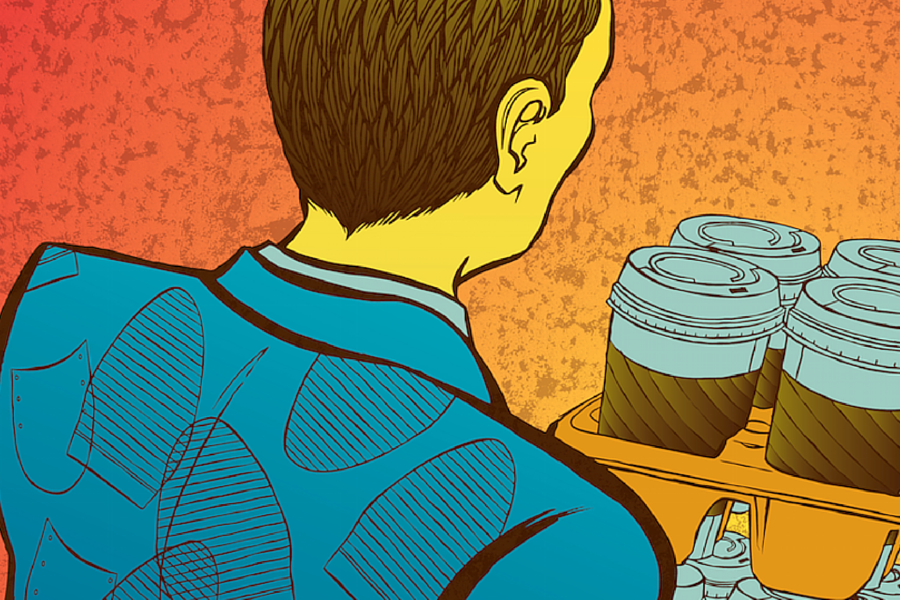 As our startup ecosystem has grown over the last few years, it has become common practice for startups facing financial constraints to ‘offer’ unpaid internship opportunities to, more often than not, younger people. A lot of the time these ‘internships’ are built on the hope that it will lead to a paid job in the company or, at the very least, give the incumbent ‘free worker’ some really great exposure on what it is really like to work at a startup. The irony here is that the founder hiring the intern is actually doing and learning the exact same thing.

Last year, I wrote a short opinion column ‘Australian startups should stop thinking they’re American startups’. Here I stated that, if Australian startup founders continue to build their teams based on the US intern culture, within the next couple of years those founders are going to find themselves up the proverbial creek without a paddle, being forced to backpay those unpaid interns. This is because these interns will eventually wise up to the fact two or so years down the track that, while it may have been inadvertent, they were exploited by your startup and are entitled to be paid for the work they carried out for you.

A deep-seated lack of understanding

The Fairwork Ombudsman announced in 2012 that it would be producing what is now known as the Exploitation or Experience Report, with Adelaide University Law School Professor Andrew Stewart and Rosemary Owens conducting the research and delivering their findings on unpaid work in Australia.

The report identified that ‘internships’ within the Australian business landscape were a ‘growth industry’ – what this means is that there are two sides to the industry. The first is employers exploiting (intentional or otherwise) unpaid workers, and the second is a growing industry of businesses that exploit people by placing them into unpaid internship arrangements, many of whom are migrants that have a lack of understanding around such legislation as the Fair Work Act.

Ironically, one of the biggest industries to exploit unpaid workers is the media and broadcast sector, with these types of unpaid work arrangements often acting as a prelude to paid positions within a company; however, no industry is untouched by this phenomenon. Unfortunately the startup ecosystem is one of the major growth areas, and that presents a real challenge for the space as we move towards the future.

In part, the government need to shoulder some responsibility around the lack of awareness business owners have about what is or isn’t an acceptable internship arrangement. Unpaid vocational placements play a critical role for young people, but they should be short term, ideally run via some form of educational institution, and run to benefit the intern more than the employer.

The issue the startup ecosystem faces is that, whether founders are aware of the legislation around internships or not, the onus of liability around the activities that take place within their business are on them. There is also a big misconception around people volunteering to be part of a business as an intern and that being ok, because the unpaid worker is the individual seeking the opportunity and the startup is the entity assisting them with their endeavours. According to the Fair Work Act, volunteering can legally only take place within a not-for-profit organisation – not many startups fit this description.

Startups need to understand that, when a business takes on an intern, it means that the organisation is committing to educating that individual for a short period of time. The intern should benefit first and foremost from the relationship and the experience should have a largely observational aspect to it. Unpaid working arrangements are ok when they seek to educate a person about an industry, test a person’s job skills prior to making a hiring decision (usually a period of one day) or, as previously mentioned, volunteering for an applicable NFP organisation. Volunteers also can not be under any obligation to actually turn up to a workplace or perform work either.

The moment a startup organisation expects an intern to start making a valuable contribution to the business, which could take the form of various tasks like marketing duties, social media activities, customer service, or any other responsibilities that would usually be paid for by an employer, then that person has to be paid for doing those tasks by law, because the benefiting party in the relationship is the startup.

The longer you have had an intern working for you as a startup – and if a commitment exists that they are doing any type of activity that will benefit the business – the more likely it is that they are actually an employee.

As Tasnuva Bindi stated in an a previous feature last year, simply put, an internship is a learning experience; it’s a supplement to, and not a substitute for, paid employees.

When it comes to startups in particular, there is a lot of irony in the fact that quite often the ‘intern’ being used to fulfil a particular gap in the business is often more experienced in that skill then the startup founder themselves. From the perspective of the intern, the value in the partnership is that they get to start building their portfolio and resume, but for the startup the commercial benefit somewhat outweighs this. Therein lies the mental struggle for entrepreneurs – on the one hand helping a younger person achieve their dreams and experience working within a new growing venture relatively risk-free is seen as somewhat of an altruistic intention; on the other hand, however, the system does not recognise ‘good intentions’ when it comes to Australian employment law.

Using unpaid workers in startups has become the employment equivalent of illegally downloading television shows: we all know that perhaps we are not “technically” meant to access these skill sets for our business in the way that we are doing it, but because everybody else in every other industry is doing it we just do it anyway. In fairness, when you have major platforms like Pedestrian.TV among many others that enable businesses to search for unpaid interns, it sends a mixed message to the wider public about what is or is not acceptable.

The report prepared by Stewart and Owens made recommendations that the FWO begin to form relationships with institutions and organisations that are in positions to influence particular industries in order to educate businesses around the risks and repercussions of not abiding by the law in regards to unpaid work. I am of the opinion that StartupAUS, StartupVIC, and StartupQLD etc. should be part of those outreach activities.

Startup founders need to really understand that following the Fair Work Act is protecting the long term interests of their businesses as opposed to it being ‘red tape’ hindering the short term growth.

There are many startups that are between one and two years old now in Australia that have had ‘long-term interns’ within their business that operate for all intents and purposes as an employee minus the paycheque. It is very likely that startups could find themselves embroiled in legal battles with these people further down the track whereby the startup will have to payout a lot of money to these individuals that legally have been exploited. In addition to that, the FWO can fine businesses up to $51,000 for each individual breach of the Fair Work Act, and that means that every single day that intern works for a startup is in fact a new breach.

The more successful a startup becomes, the more susceptible it will be to scrutiny. Planning for long-term success means following the law.