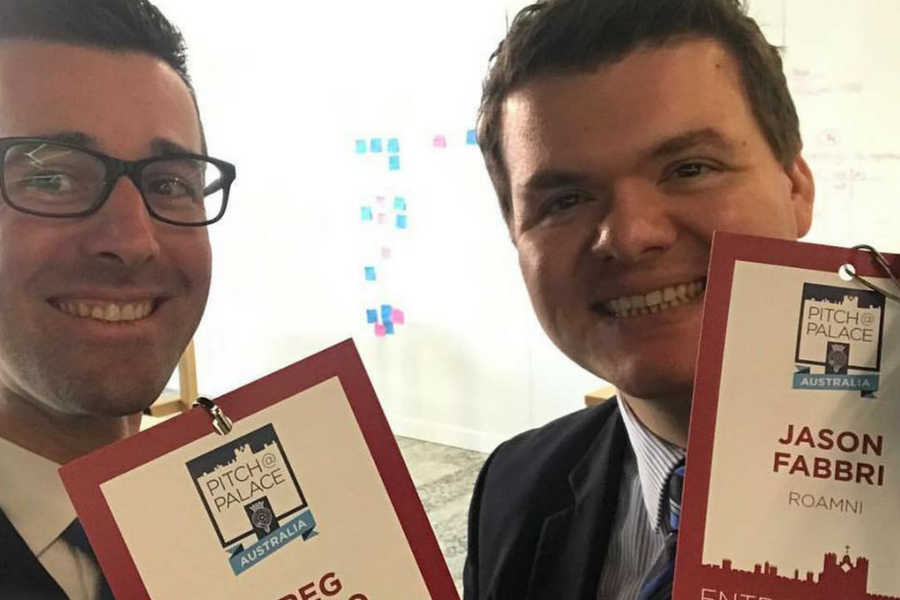 Taking a guided tour of a city can be a fairly hit or miss experience; sometimes you get a local who is passionate and extremely knowledgeable about where they take you, and other times you’re stuck with a backpacker who has only been in town for a few months and picked up the gig to make some extra cash to fund the next leg of their journey.

Looking to encourage more of the former, Melbourne friends Greg Curcio and Jason Fabbri came up with Roamni, an app that allows locals in an area to record and share guided audio tours for tourists to listen to.

“At Roamni we believe in the power of storytelling to create a better world, a world where we understand each other, learn our history and understand cultures at a very intimate and local level,” the cofounders said.

Not only does Roamni look to give both locals and tourists the ability to tell and listen to stories that might otherwise go untold, but as [cofounders] put it, “it’s also a way to preserve experiences and stories for future generations to come”.

The inspiration for Roamni is two-fold, coming both from their own experiences in their hometown of Melbourne, and abroad.

“[Our grandparents] came out to Australia from Italy and had a lot of stories of their local neighbourhood…unfortunately, they passed away before we had any chance of recording these stories.”

On the flip side, Curcio and Fabbri’s experiences on tours while travelling overseas were quite the contrast.

“Once we were asked to visit a jewellery store as part of a tour announced and were strongly recommended to buy something. That didn’t meet our expectations.”

These experiences – and regrets, they said – pushed the cofounders to turn Roamni into a reality; with Jason having recently gone through RMIT University’s MBA program, they turned to the RMIT Activator program to help get them started.

With funding through the RMIT New Enterprise Investment Fund, the cofounders began working with students to create a prototype and start testing the product.

A tourist using the app will be presented with a list of tours around them sourced from Roamni ‘hosts’ that they can download, guided by audio and waypoints on the map. Along with general tours, Roamni has created a ‘Story of Place’ feature – inspired by the stories of the cofounders’ grandparents – which showcases audio files that tell the story of a single destination on a map.

With Roamni providing guides around content creation, hosts simply upload their content onto the app and, if they should so choose, have tourists access it for free or set a price from $1.99 to $6.99 per audio tour.

“We validated the pricing model with real users, and found a willingness to pay up to $6.99 per audio tour, based on the quality of the tour. The quality of the tour and the review ratings from listeners are key for any tour host to be able to charge a higher amount,” the cofounders said.

“We really want to encourage a two-sided marketplace, and it’s not for us to tell a tour host exactly what that tour is worth; however, it’s important we provide them with the researched price boundary to ensure the Roamni value proposition keeps to its integrity.”

Tour hosts are paid just 35 percent from each sale of their audio tour, however; though the cofounders said they validated the pricing with customers, it will be interesting to see whether hosts will end up wanting more than just 35 percent of the total fee for each download of their work.)

Since launching in January, Roamni has taken part in the Pitch@Palace competition and brought on users across a number of states on both sides of the marketplace, with tours already on the app ranging in length from 15 to 120 minutes.

Beyond tourists who can use Roamni as an alternative to live walking tours, the cofounders are exploring working with councils, who want to encourage more visitors to their neighbourhoods and see Roamni as a way to tell stories about their local areas.

Along with walking tours, Roamni is also looking to develop tours around fitness and sport, and tours for those on public transport or going on long distance road trips.

As the cofounders will admit, the startup isn’t the only one playing in this market. Beyond traditional tour companies, a number of Australian startups operate in the tourism space, with connecting tourists to locals for an authentic experience and helping tourists find each other the two problems they most often look to solve.

Among the companies that have tried their hand in the arena are the likes of HerePin and OutBound – which both now look to be shuttered – and Travello, which is still going strong thanks to partnerships with the likes of Youth Hostels Australia. Also in the space are the likes of Townske, Wunderwalk, Ventoura, and Tenderfoot.

Looking more at the planning side of travel, international outfit KimKim last year launched in Australia to connect customers looking to book a trip with a travel specialist either based, or well versed in, the country a customer wants to travel to. The platform sees the travel agent work alongside the customer to put the trip together, with the ability to share links, pictures, itineraries and other documents over chat.

Despite the noise in the market, Curcio and Fabbri believe Roamni can carve out its own niche, saying, “Roamni is a community for everyone to create and share local stories and user generated content and get paid for it. It’s a true two-sided marketplace.”

With Roamni currently available on iOS, the team is currently working to develop an Android version of the app as it also explores international opportunities.