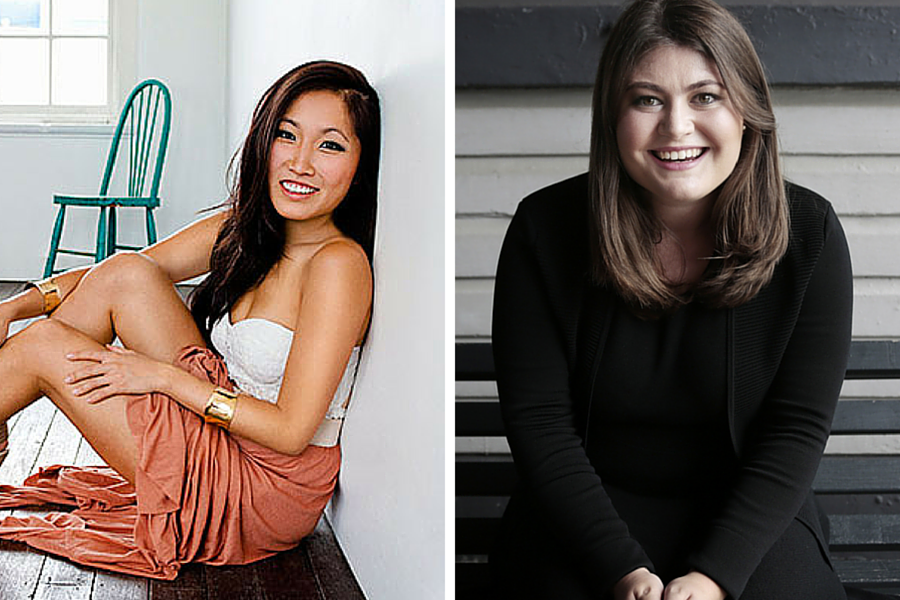 As Madeleine Albright reminded the world earlier this week, there’s a special place in hell reserved for women who don’t support other women. It’s lucky, then, that the entrepreneurial space has group after group aimed at supporting women, from women-only incubators to groups of angel investors focused on women-led businesses and groups aimed at teaching girls and women to code.

Showpo’s Jane Lu and OneShift’s Gen George are a part of and love many of those groups but, feeling they lacked a little something, decided to launch one that was more their style late last year. Going strong since last October, Like Minded Bitches Drinking Wine (LMB) is exactly what it says on the lid: an informal community of current and aspiring female entrepreneurs who celebrate each other’s successes, commiserate over setbacks, and share tips and advice on how to grow – preferably over a glass of wine.

Essentially, explained Lu, it’s what she and George were already doing on a more personal level both with each other and other women who came to them for advice. With the pair now essentially veterans of the Sydney startup landscape, they were looking for a way to give back on a larger scale.

They began by creating a Facebook group and planning their first meet-up, expecting half a dozen people to turn up. When thirty dropped by, they realised the group could be bigger than even they had first thought.

“We just wanted to get people together for drinks, so we could bitch and moan about things together, or celebrate together. Someone joked about celebrities in cars getting coffee, and we thought, we’re just a bunch of like minded bitches drinking wine, and it stuck,” Lu said.

The community has since grown to over 1300 women across Australia, with the free, women-only nature of the group leading to a level of comfort and, in turn, openness and willingness to share that isn’t always found in other groups. Despite several members working on businesses competing in the same field, George said the tone of the group has been overwhelmingly positive. So far, the only problem has been one complaint about the name of the group, which the founders promptly shrugged off.

“Why should you be ashamed of being called a bitch? We’re sassy. That’s why I love it. It’s not pretentious, you cannot be up yourself when you’re in a group that says, we’re bitches drinking wine. It’s not about how much you’re making or things like that, and if you’re not cool with the term bitches you don’t have to join,” Lu said.

And that is the core vision at the heart of the group: no pretension, no ego – it’s all about catching up over a glass of wine and some pizza to share stories. While some paid networking groups and events have the tendency to work through a mentality focused on which valuable contacts one member can hand over to another, George believes LMB is cultivating a generous support network and creating friendships.

“I think the underlying tone of the whole group is just having friends so that you just say, hey let’s catch up and have a glass of wine. Then, six months on, you say, hey, I don’t know how to put together this new product that we’re just launching and I know you know a lot about it, what do you think?” George said.

With several group members moving overseas set to head up LMB chapters across the UK and US, the founders hope that the core tone and spirit of the group crosses over globally.

“If we can get internationals coming into the group into Australia, it’s going to help startups here in Australia. If there are members internationally, it’s going to help Australians be able to land in London or San Francisco and just go, hey I’m just going to come to the next LMB event, and then they’ll have their network. No matter where you are in the world, you’ll have a friend who’s going to help you genuinely, not thinking, okay, what can I get out of this?” George said.

“The bigger the network, the more different businesses, the more diversity, it brings value. Hopefully it’s not like an Aussies abroad thing, there’s no enrolment form saying are you Australian? Diversity brings a different edge to it because it means that you can learn something completely different.”

The pair are planning several meet-ups and guest speakers over the next few months, but there are no plans to create any formal, structured offering, both because such groups and initiatives already exist, and because they don’t want to create a price barrier that the membership fee required to necessitate such an offering might entail. Rather, they’re focused on maintaining the fun, supportive atmosphere the group has generated, keeping it open to everyone no matter what step they’re at with their business.

To quote the Prime Minister, there has never been a better time to be an entrepreneur. For women on the entrepreneurial journey, thousands of Like Minded Bitches will help celebrate the good times, but they will also be there, wine at the ready, to listen to some bitching about the bad.