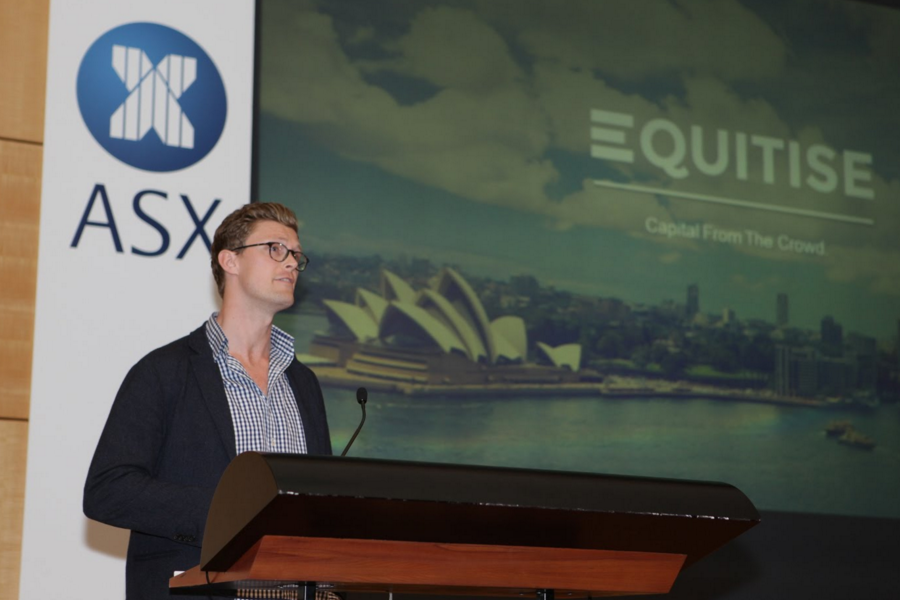 As Australia gears up for the long-awaited changes to equity crowdfunding regulations to come into action, Investec Australia has acquired a 20 percent stake in ‘trans-Tasman’ investment platform Equitise. The deal values the startup at close to $10 million.

Founded in Australia in 2014 and formally launched in January last year, the startup developed its business model in New Zealand, the home of far friendlier equity crowdfunding regulations. Over $3.5 million has been raised through the platform so far, with the average investment size sitting at just over $10,000. The startup is also backed by H2 Ventures and Tank Stream Ventures.

Milton Samios, CEO of Investec Australia, said the firm is excited about the ability to participate in the growth of equity crowdfunding across Australia and New Zealand through Equitise.

“We are particularly attracted to the business model Equitise continues to develop, including the creation of a “syndicate” investment platform that will allow groups of like minded investors to create their own investor club for new investment opportunities – essentially taking the ‘angel investor’ model on-line,” he said.

David Philips, Investec Australia’s head of direct investments, added that the firm sees Equitise as an important part of the changes it sees coming into the investment space.

However, according to Equitise cofounder and managing director Chris Gilbert, despite its substantial stake in the business, the firm will not be driving the startup’s vision and business going forward.

“They do not want to be calling the shots and telling us how to run the business. The Investec name on our register will be a strategic play for Equitise, providing access to quality resource and human capital – as well as funding capital – to grow and become the leading private equity investment platform in the ASEAN geography,” Gilbert told Startup Daily.

With both startups and investors confused, Gilbert said the startup has fielded “hundreds of inquiries” on various issues, including the requirement for companies to be unlisted public entities, restrictions on the size of companies allowed to raise through equity crowdfunding, restrictions on the amount of capital they can raise, and the implementation of ‘cooling off’ periods.

“Equitise supports the concerns echoed from the industry, which is why we are looking to grow into other geographies. We see the Australian market as lagging and think the government is at risk of essentially killing an industry, which is at its inception, prior to even giving it a chance to begin,” he said.

“We think that [former Small Business Minister] Bruce Billson was doing a fantastic job, ensuring a proper process was undertaken with consultation on new regulation, however [current Small Business Minister] Kelly O’Dwyer, in just a short period of being in office, has completely reversed all the great work Bruce has put forward. She will be a driving reason as to why this regulation does not work, which Equitise think is a real shame.”

Similar concerns about the proposed regulatory changes were raised by the Venture Crowd team last year, with COO Tim Heasley criticising the capping of investments and saying that the changes will likely create more administrative burden for startups.

Equitise will in 2016 look to expand into new markets featuring friendly regulatory environments, with Singapore at the top of the list. The team will also be launching a new platform focused on syndicated investment.

Gilbert explained, “[It] means we will focus on sophisticated investors in the Australian market and not target retail or ‘mum and dad’ investors. These investment syndicates will deal with pre-vetted deal flow from VCs and angel groups as opposed to public retail crowdfunded businesses. We will essentially be taking the angel investing model online.”