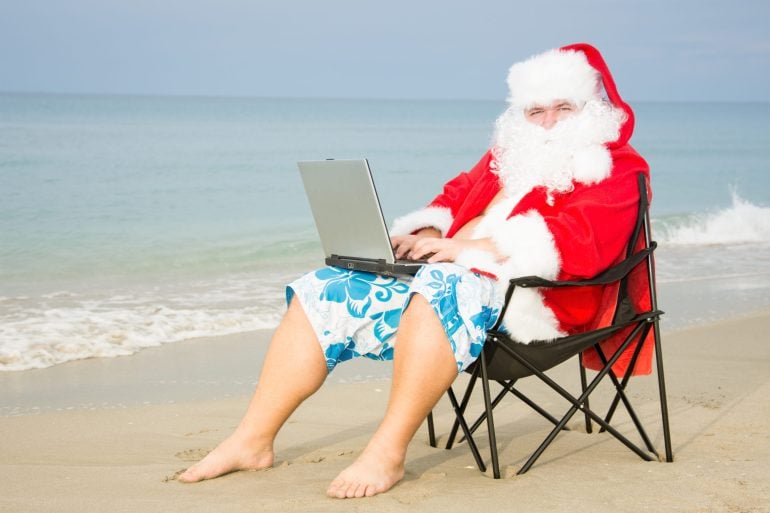 This wrap goes out free to subscribers every Saturday. It’s normally a review of the week in tech but to end 2021 here are the highlights of the year that was.

The wrap of wraps

Our annual wrap of weekly wraps

What else? (apologies in advance to anyone else we might have missed below)

Elon Musk is a bullshitter who delivers. This breaks a lot of people's pattern-matching, in both directions.

There you have it – one year in tech. A wild ride!

MoneyMe is acquiring SocietyOne. We were expecting SocietyOne to IPO at some point, but instead it is being acquired by ASX-listed MoneyMe – bringing together two of the biggest names in the personal loan space. The deal is rumoured to value SocietyOne at $132m, and will allow the two groups to combine resources and distribution.

Spotify is acquiring Whooshkaa. Another podcast tech deal for Spotify: Whooshkaa is a Sydney-based all-in-one platform for hosting, managing, distributing, promoting, monetising and measuring podcasts. However Spotify is most interested in Whooshkaa’s proprietary tech that allows radio broadcasters to easily turn their existing audio content into on-demand podcast programming. There’s big money to be made in podcasts.

ConX has been acquired by Houzz. ConX is a Sydney-based construction tech start-up that helps contractors make quote estimations. Houzz is a Palo Alto-based home renovation and design platform. For home professionals, the acquisition of ConX helps fulfil the most requested feature on the Houzz Pro platform: takeoffs. The tool enables contractors to do on-screen takeoffs from construction plans and turn them into professional estimates up to 10x faster.

Kogan sold the domain name bitbuy.com to Bitbuy’s parent company, First Ledger, a Canadian cryptocurrency trading platform that plans to set up in Australia. Kogan will receive US$1.5m in cash and a warrant that can be triggered within a year of the transfer entitling it to approximately CA$2.8 million in either equity (and therefore some crypto exposure) or cash.

Rokt raised US$325m (A$458m) led by Tiger Global, valuing the company at US$1.95bn, making it the third most valuable Australian private tech company. Founded in Australia in 2012, Rokt is an ecommerce tech platform that helps brands increase order values, grow engagement and make money from affiliate links. If you’ve ever made a purchase and been greeted with a pop up ad offer, that’s likely Rokt’s tech. Rokt works with more than 3,000 brands globally, including Live Nation, Groupon, Vistaprint and Ticketmaster, and expects to finish the year with US$230m in revenue. Founder and CEO Bruce Buchanan describing an enviable raise process:

“It was a two-week process, we picked the three best players who had gone deep [on the business].”

“New drugs [can] be tested in a 3D cellular environment and eliminated if necessary, long before they reach the stage of  clinical trials… Similarly, cancer researchers can now work at scale with cell models that mimic the human body almost exactly and produce research results that are more accurate and predictive than before.”

DiviPay raised $20m for its all-in-one spend management and expense solutions for SMBs.

Whip Around raised US$14m led by Punakaiki Fund (NZ) and Amplo (Texas). Whip Around aims to replace the paper-based fleet inspection process with a digital one that makes it easier to track progress over time, hold employees accountable and predict future maintenance needs.

VOLY raised $18m from Sequoia India for its online grocery offering, which has expanded to 42 suburbs across Sydney.

Provectus Algae raised $11.4m. Provectus Algae makes novel species of microalgae, which can be used in a range of products including food colourings, flavourings, crop protection and feed supplements, and medicines.

Haventec raised $11m and launched their expansion into the US market after seeing strong demand for their passwordless authentication and data storage solutions.

6clicks raised $5m for its risk and compliance operating system.

Replica Studios raised $5m. Replica Studios creates naturally expressive voice-overs using AI that can be adapted and scripted by game developers and animators – “It has to be heard to be believed.”

Relay raised NZ$2.5m led by Icehouse with participation from Blackbird. Relay’s vision is to eliminate late payments by using cashback to encourage businesses to pay their invoices promptly.

Empiraa raised $637k. Empiraa, which will launch next year, combines organisational visibility with KPI accountability to create a culture of autonomy within the workplace.

Blackbird made its funds’ returns public. Blackbird, which will celebrate its 10th birthday next year, revealed that it has turned $1.3bn into a portfolio valued at over $10bn and that the net IRR of a dollar invested in all funds is 81%. Smart PR move when you’re raising a new fund and your returns look that good.

LaunchVic’s Alice Anderson Fund announced its first round of investments. The fund co-invests between $50,000 and $300,000 in early-stage deals. The first startups to receive investment are Team Timbuktu (D2C outdoors brand), mtime (marketplace for ‘Moncierges’ – people who can do errands, chores, cleaning and babysit), Steppen (social fitness platform), TalkiPlay (a speech and language program to develop kids language) and Milkdrop (a wearable breast pump).

Lighter Capital has been appointed manager to deliver the VicGov’s Venture Growth Fund (the other is Sydney-based OneVentures). The Government will allocate $10m to the Lighter Capital Fund, plus $20m from private investors and $1.6m from Lighter Capital as equity capital. Lighter Capital provides up to $3m in revenue-based financing via a fast online application process.

On this day in 2006: “You" named person of year, as user-generated content grows. pic.twitter.com/YBmhY4KoFC

What does the next 15 years have in store for us?!

That’s a wrap for 2021! Fear not, we’ll be back in a few weeks with an extra special summer series sharing the insider take on what M&A is like as a startup founder.

Thanks for joining us this year. Your support and feedback means the world to us.