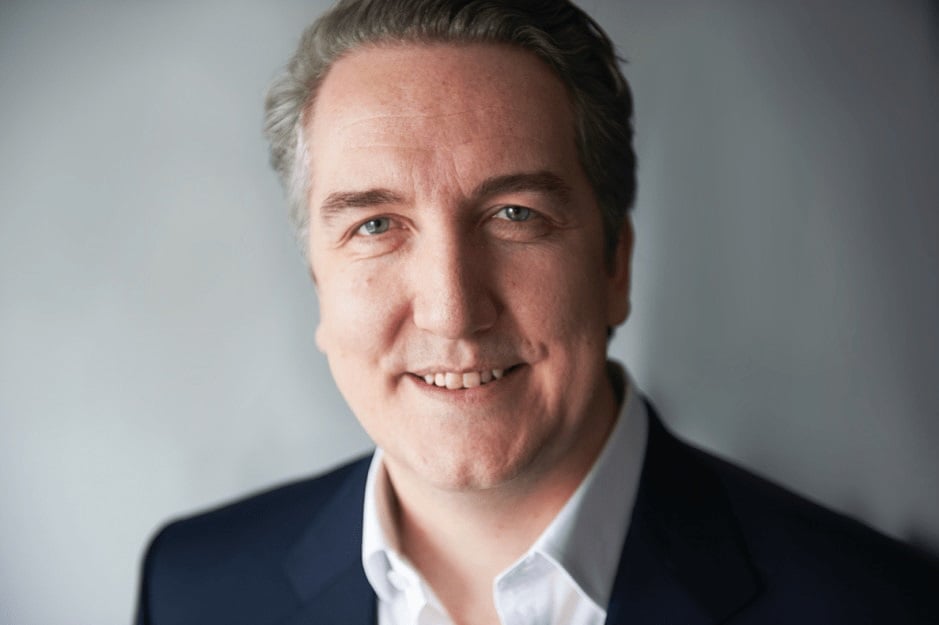 Finder Australia CEO Chris Ellis
Welcome to Ignition Lane’s Weekly Wrap, where they cut through the noise to bring you their favourite insights from the technology and startup world.
Ignition Lane works with ambitious business leaders to apply the Startup Mindset to their technology, product and commercialisation problems.
This wrap goes out free to subscribers every Saturday. Here’s their review of the week.

Linktree explodes. ‘Link in bio’ startup Linktree announced a whopping new milestone of one billion monthly views in October. It says growth has been propelled in part by the explosion of the creator economy.

Since the start of the pandemic, Linktree has grown from four million users to over 18 million, the company said, and is continuing its momentum toward being the market leader in the space with around 30,000 daily sign-ups to its service… it now boasts approximately 90% of market share.

NZ Tech is tiptop. The annual Technology Investment Network (TIN) Report is out. The report benchmarks* the performance of what it categorises as NZ’s 200 largest globally-focused technology companies. So, what’s happened in the last year?

Judo chops. SME-focussed neobank Judo Bank made a solid debut on the ASX, up 6.7% on its first day of trading after raising $657m. Judo is first bank to float since Macquarie 25 year ago. If it can prove its (judo) chops over the next two quarters, the neobank is tipped for admission to the S&P/ASX 200. Pretty nifty for the 300+ employees with equity.

Flying high. NZ-founded sustainable shoe maker Allbirds also made a strong debut on the Nasdaq. Shares surged 90% on the first day of trading, valuing the company at close to US$4bn. It had revenue of about US$220m last year, mostly from online sales, and a US$26m loss.

There’s an ad for that. Carsales may be best known for cars, bikes and boats, but it believes there’s more value to be squeezed out of its 4.4 million unique monthly viewers. Moving beyond auto, Carsales has spun up a new business unit to entice other lifestyle product advertisers to splash cash as an alternate to Facebook ads, for instance. To grow its piece of the tantalising ad spend pie, the 24(!) year old business is making big investments into data and ad tech. And it has plenty of cash to spend – Carsales is booming, bringing in $438m and NPAT of $153m in FY21.

$10k is the new token of appreciation. Last week Spanx’s founder gave away first class flights and US$10k to her entire team following an investment by Blackstone. This week it’s NZ based edtech, Kami, who is giving away $10k to its team to celebrate winning the NZ Deloitte Fast 50. It’s a war for talent out there, people.

CBA’s aboard. Toot toot! CBA has partnered with US based crypto exchange Gemini and blockchain data platform Chainalysis to enable CBA’s 6.5m customers to hold and trade up to 10 crypto assets including “blue-chip” currencies (eg Bitcoin and Ethereum). This will mean that one-quarter of the Australian population will have frictionless access to crypto in 2022.

CBA’s partner Chainalysis says Central & Southern Asia and Oceania (CSAO) is the fourth largest cryptocurrency market. Given that huge opportunity, it is opening a new office in Canberra.

The Fat Controller. Australia’s corporate regulator, ASIC has given the green light to crypto-related ETFs and initial coin offerings (ICO) in Australia, provided they comply with its new guidelines and requirements.

First out of the ETF station: BetaShares. BetaShares launched its Crypto Innovators ETF (CRYP) on Thursday. The fund, which will invest in globally listed companies that service the digital asset economy (i.e. it isn’t investing directly in cryptocurrency), got off to a bang:

Market sources expect it to have at least $42 million in funds under management once settled – about five times bigger than any previous ASX-listed ETF in its first day of trading.

FX fees? So old school. GoCardless and Wise (fka Transferwise) launched ANZ’s first multi-currency direct debit network. Businesses will now be able to collect one-off or recurring payments from over 30 countries in 8 currencies at the mid-market rate with no exchange rate markups or hidden fees.

Rampersand is raising $40m for its fourth fund. Not a tiny sum by mere mortals’ standards but modest in global VC terms. The fund will continue to focus on early stage investing and on supporting its existing portfolio, which includes Sendle, Skedulo, Expert360, Matrak, JigSapce and Goterra.

Giant Leap shared top tips for hiring a gender-balanced VC team. The advice could apply to anyone wanting to ensure a diverse pipeline of candidates:

StartupVic is focussed on supporting women-led businesses this month – hosting a networking event on 11 Nov and Pitch Night x One Roof on 30 Nov.

That Startup Show is back, with the first episode launching on Nov 18. The first ep will feature Randi Zuckerberg, CEO of Zuckerberg Media & Board Member of United Nations Global Entrepreneurs Council (also Mark Zuck’s sister). The topic? Her passion for mentorship, shifting our collective mindset, and the unusual healing power of llamas.

YBF has called in the administrators. YBF (York Butter Factory) has been a fixture of the Australian tech and innovation ecosystem for more than a decade, providing a home for many of Melbourne’s early startups. It says covid lockdowns and an unforgiving landlord left it with no option than to go into administration.

ANZ raise round up

First AML raised NZ$30m led by Blackbird (investment memo) for its end-to-end identity due diligence platform that helps organisations comply with anti-money laundering and counter terrorism laws (AML/CFT). First AML focuses on complex entities and transactions, and can perform DD on multiple organisations and people at a time. Its clients include VCs, accountants, law firms and real estate agencies.

Splash raised $27m led by Amazon Alexa Fund and BITKRAFT Ventures. Splash’s music-making tool empowers young people to compose their own music, perform it to their friends and receive feedback in real time from a virtual crowd via social gaming platform Roblox. The game has amassed more than 128 million plays and averages 10 million plays per month worldwide. Now it wants to splash its cash to secure its future beyond Roblox and into the emerging metaverse space.

CarExpert raised from Seven West Media, valuing the business at $25m. CarExpert is a car reviews, news and comparisons site that charges car manufacturers for each person who reads a review of their vehicle. It had 1.4m unique Australian visitors in October. Founders Paul Maric, Alborz Fallah and Anthony Crawford sold their previous business CarAdvice.com.au to Nine Entertainment for $62m in 2018. The founders said they left the Nine business because it “lacked the understanding for digital publishing… [and was] was way too corporate.”

Supie raised NZ$2.5m led by Icehouse Ventures for its online supermarket that delivers to more than 6000 members.

CommBank has taken a 20% stake in Karta to revolutionise the gifting experience for consumers and businesses. From 2022, consumers will be able to purchase a gift card from any participating business and gift it electronically to anyone, anywhere.

Big rounds in the making: Online petshop Pet Circle is raising $200m to $250m, which will make it a unicorn. Mr Yum is targeting US$60m for a raise led by Tiger Global for its hospitality tech. Comparison site, Finder is raising $120m at a $650m pre-money valuation to fuel US growth. Custom tailoring start-up Institchu is running a pre-IPO private placement.

p.s. Gav’s back on the Startup Daily show at 2pm every Monday!