Government and business must overcome short-term thinking if Australia is to prosper: Hostplus CIO Sam Sicilia 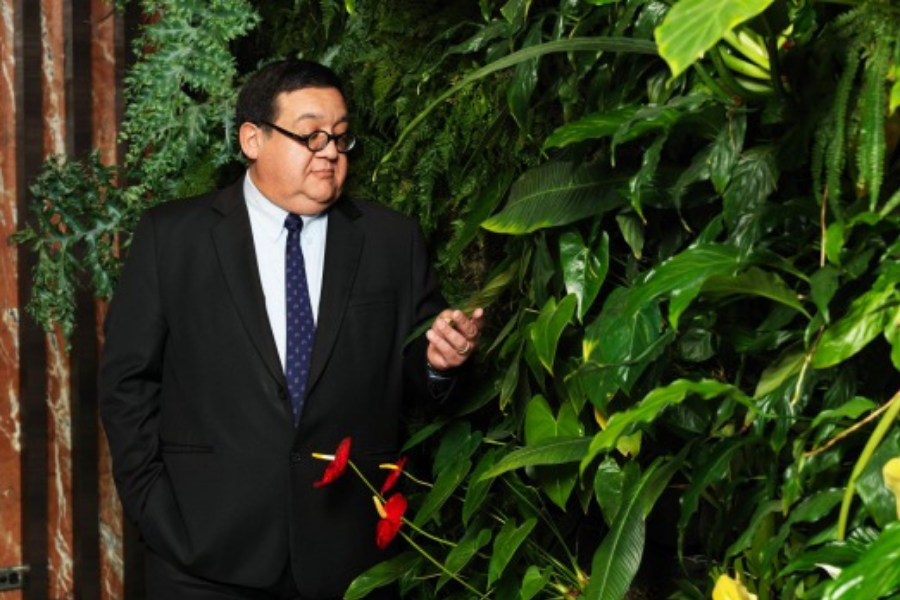 Having served as CIO at Hostplus for a decade, Sicilia has led the fund’s foray into the fourth industrial revolution – though it’s now more than just a foray; Sicilia revealed Hostplus has already tipped $900 million into venture capital, with a significant portion of it poured into Blackbird’s funds.

“We’re contributing to building a VC ecosystem here in Australia. By providing capital here, our companies can stay and grow here, and help build the new industries our nation needs for a prosperous future.”

Sicilia is passionate about Australia’s future and its need to embrace the revolution now to ensure it’s not left behind.

“Industrial revolutions are those rare moments when scientific advances enable whole bodies of technology to emerge. They set off waves of business innovation that transform companies, industries, and ultimately, the whole economy,” he said.

These transformations will, in turn, have an impact on society as jobs are lost, Sicilia warned.

“There will be some winners, but there will also be many losers over an extended period of time while we transition our economy…many people fear technology, but there is an inevitability about it; not talking about the impact of technology does not make it go away,” he said.

“Not embracing technology simply disadvantages the non-adopters, so as this plays out, expect that there will be two distinct groups of people in our society: those with nothing to do, but with some form of income, and those with nothing to do, but without any income. Guess which group reaches for the pitchforks? This poses a big political problem for any government in our democracy.”

The societal impacts will also be significant – so how to counter them? In considering this, Sicilia moved a to explore a number of concepts for work and society put forward by Dutch author Rutger Bregman, including a 15 hour work week and a universal basic income (an interesting move in a room full of capitalists).

“Universal basic income gives people the ability to create more meaning in their lives. If we invest in each other, all of us will benefit. In any case, simply handing out dollars costs less and achieves much more than any of the other social protection measures,” Sicilia said.

“We essentially traded our time for stuff. Instead of harnessing productivity to spend less time more efficiently producing the stuff need, we spend more time more effectively producing stuff we waste. We keep buying stuff we don’t need to impress people we don’t like, so we’re all stuck in bullshit jobs to pay for things we neither want, nor need,” he said.

“The phenomenon of bullshit jobs is one of the biggest issues of our time. Research shows that about 30 percent of people think their job is meaningless. In developed countries, a third of the workforce doubts the value of their job. If people say, it doesn’t really matter if I don’t show up to work for work, it’s probably true. But it’s not teachers, and it’s not nurses; it’s mostly people shuffling paper in offices.”

Sicilia believes the “twin battles” against what he calls “waste of time work” and “rampant consumerism” represent the “major progressive struggles of our time”. Perhaps what we need, he said, is to redefine what work is.

“We should never underestimate capitalism’s extraordinary ability to come up with more bullshit jobs. Now, as we all know, the best and the brightest routinely waste their time and hours working for banks, consultancies, and law firms,” he said.

“Why not switch things around so the geniuses on Wall Street can go back to becoming teachers, inventors, scientists, and engineers? A technology-driven innovation economy may well have this outcome.”

How to get there? Prioritising education, and creating incentives to “nudge” students to study the subjects that will help them develop the skills that the future workforce will need.

“If our future demands that people have STEM skills, then let’s provide our students with guidance so they focus on STEM subjects,” Sicilia said.

Government, too, must play a role. The Turnbull Government’s ‘innovation agenda’ of December 2015 got off to a good start but soon lost momentum, Sicilia said; in turn, our competitors made progress while “political fear sent us backwards”.

Here Sicilia had some choice words for our politicians – which resonate particularly strongly now in light of the events in Canberra over the last few weeks – cheered by the crowd.

“Stop thinking about how to preserve your political bullshit job. Stop serving your self-interest and start serving those of our nation. Stop your short-term thinking, because it’s risking our nation’s long-term future. Stop trying to win office through your political opponent’s failure. Stop attacking your opponents, and constructively criticise their policy,” he said.

“Stop pitting business against unions – they both have to share the nation’s future. Stop using the past to delay change that benefits all in the future.”

Of course, it’s not all up to government – individuals and businesses don’t get off scot free. If we all share the responsibility to build and contribute to Australia’s future, the short-term thinking currently on display by government and business must change, Sicilia said.

On this, it looks like Sicilia is walking the talk; not only has Hostplus already invested $900 million into venture capital, but the fund’s investment is expected to surpass $1 billion by the end of the month.

“Will our children and grandchildren be proud of what we choose to do? If we don’t act now to secure Australia’s future, I’m pretty sure that what got us here won’t get us there.”