How Gameface.ai is changing the game in sports analytics 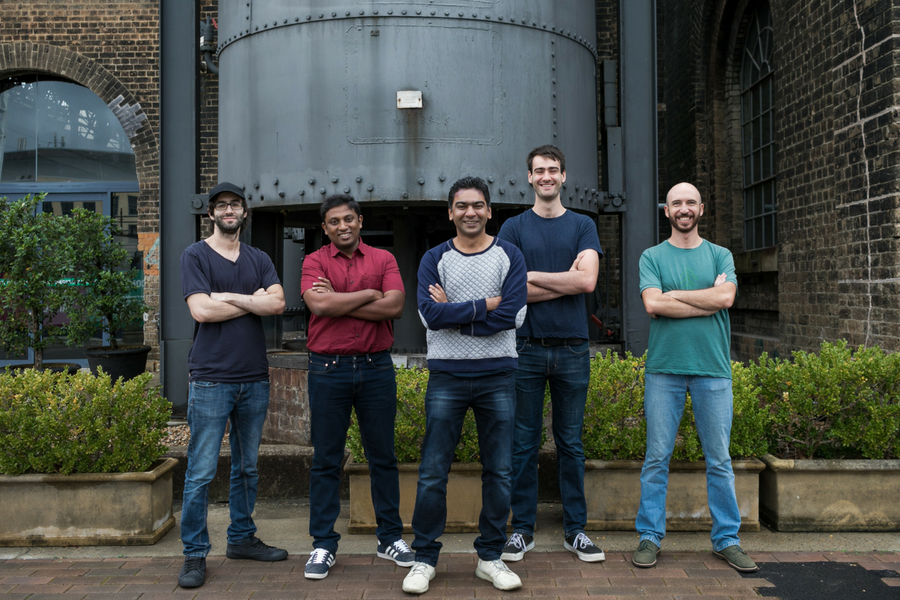 It’s a radical notion when we’re used to the idea of players sitting in small rooms and theatres sifting and scrubbing through video content to plan match ups and tactics, but Gameface.ai has set upon the mission of changing that. The company has developed video analysis powered by artificial intelligence which instantly recognises people, movement and objects to add big insights to tactical team sports such as football and cricket.

It is artificial intelligence that can watch match vision in real time to help coaches understand in-game situations and plan and adjust tactics accordingly.

Cofounder Jalal Shaik said, “We ended up getting a huge amount of interest from media, teams, sponsors and we’re constantly invited to demonstrate our company’s product as we attempt to build a strong funnel of clients.”

The company is still piloting and demoing the potential of its in-game analytics products as it attempts to break into the exponentially growing, multi-billion dollar sports analytics market.

The aim of helping coaches and performance analysts is heightened by the fast development of the company’s machine learning algorithm that powers the AI in its analytics product.

“We’re starting to do player tracking and player position data that is more accurate and quicker. We can do that in near real time now; to give you an idea, a 10 minute video analysis takes us fractions of seconds to return information such as on-field events, player positioning, the strategy of defence and attack. It has come a long way,” said Shaik.

Shaik says the sport that has held the deepest interest in Gameface.ai is cricket.

“It is our most prominent sport and is the sport we are at the most advanced stage compared to our other sports we have done demos for. We are maintaining active talks with Indian Premier League franchises and international cricket boards which we are hopefully of building lasting relationships in the near future. Our product is still being refined and tested at the moment and is close to being in production with our first products hopefully going live shortly for cricket,” he said.

The next most prominent sport is football, with the company’s early prototypes demonstrated to Football Federation Australia.

The early prototyping proved to be important as Shaik said the problem football clubs had – recognising in-game situations and swiftly adjusting tactics – was not isolated to one team or governing body, but a problem that coaches across the sport are keen to tackle. This has resulted in the potential to pilot their product to some of the biggest organisations in world sport.

“English Premier League clubs have been keen to have our product demonstrated,” Shaik said.

From early work with cricket and football, the interest has spread to rugby. “It’s early days but we’ve been getting requests and interest from teams asking for demos including rugby playing nations such as Australia, New Zealand and England,” Shaik said.

The experience of on-boarding and demoing to elite sporting clubs means each coach and performance analyst have their own unique issues that they want solved; all coaches bring their own tactics and ideals to a team.

When asked what feedback they have been getting, Shaik said each club is very particular about what are they wanting out of the product.

“Coaches have especially been very vocal and open about what their problems are, what they’re looking for when a match is being analysed, what they prioritise when they analyse a match with their teams. But there are differences from team to team, for example, in rugby union a coach wants to know how soon a player gets up after they have fallen down, how quickly they return to action. That’s a type of metric for rugby,” he said.

“For football, coaches want exact player position data, if players are sticking to zones and positions according to the team’s strategy. For cricket it’s about bowling accuracy, batting stance technique and custom field placements.”

The rapid ascent of a startup

The high level of interest from elite clubs has forced the company to move quickly internally, employees have doubled in six months and investment has been accepted.

“We’ve recently closed a seed round of funding and we’ve grown to six employees which are sales staff and developers, it feels like a complete team right now,” Shaik said.

When quizzed about understanding your company changing and altering your management style as you’re trying to grow a business and get your product accepted, Shaik said, “It’s difficult as an early startup to do everything and as interest in your company and product increases you have to learn to delegate effectively and delegate work that your team can handle so you can concentrate on the strategic and product roadmap aspects of the company.”

The seeds of extending the product from in-game analysis into welfare and player management and risk have been planted.

“We’ve partnered with Victoria University’s Institute of Sport, Exercise and Active Living (ISEAL). The university is on the cutting edge of research on sport science, exercise and active living and managing ways to improve player health. With that research, alongside VU, we’re hoping to bring some of those insights from VU to our products, to help our clients with injury prediction and better management of players,” Shaik said.

With such exciting potential ahead for a young startup it can be hard to gauge where they could be in a year but Shaik has flagged the idea of how the product can be scaled beyond elite teams.

“We’ll look to launch a scaled product for schools, first-class clubs and grassroots level for all sport, that’s the objective,” he said.

“The way that works is the projects we have with elite teams can be rolled down as a product for the grassroots level where we allow young players to access high performance analytics that top teams use.”

Interview done in partnership with Vumero Sports. This article first appeared on Bullpen, a site that focuses on the Australian sports business, sportstech and the sports startup ecosystem.