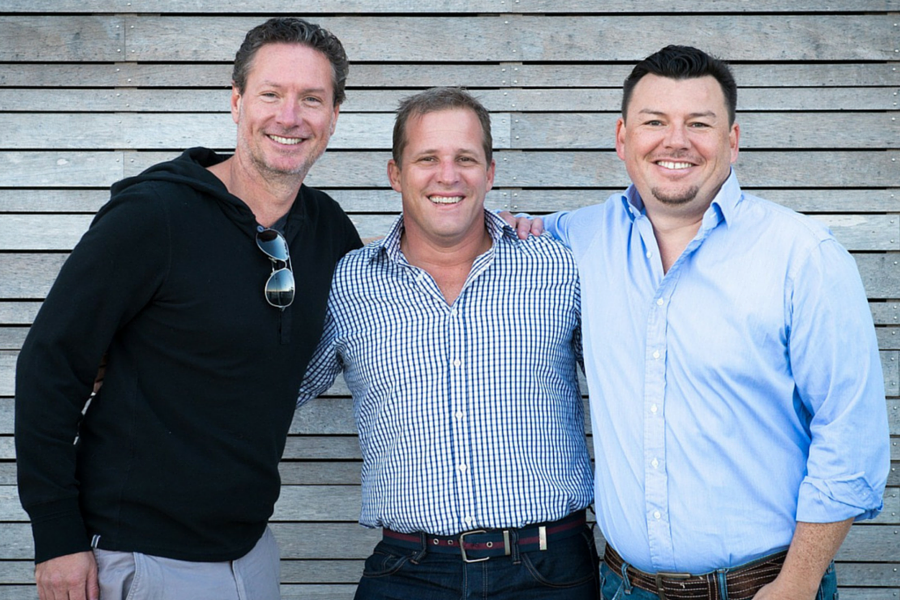 Ecommerce has come in leaps and bounds over the last two decades; according to eMarketer, global ecommerce sales will hit $1.5 trillion this year, and continue to grow as new technology makes it even easier for us to keep buying wherever and whenever.

One such piece of technology is Pixmoto. Cofounded by Simon Knapp, Peter Liu, and Jack Wareham, Pixmoto is an online video platform that connects viewers to the products that appear inside branded video; it allows consumers to easily click on the products that they like when they come up, taking them directly to the product landing page in the brand’s online store. Essentially, it can make Googling or searching through pages and pages of products on a store a thing of the past.

For brands using the platform directly, it’s as simple as uploading a video, uploading product details, linking to a product’s page in the online store, and then sitting back as Pixmoto synchronises the product with the video. They can then embed it wherever they like, with videos working across desktop and mobile.

Knapp, who worked with UK supermarket chain Tesco at the start of its ecommerce journey in 1998, explained that the idea for the platform actually came through a pivot from 2V, a product that was essentially “Shazam for TV, for ecommerce.” For example, a viewer watching Masterchef could have a a link to buy the set of knives used on the show sent straight to their device. While Knapp said everyone was excited by the concept, activating 52 minutes of content proved time consuming.

“We started to really look into the market, and I had been paying attention to the way online retailers were really starting to embrace branded video content as a way for them to sell products online. We were seeing that that content was only a minute and a half, so we tackled a major problem and converged those two exciting new pieces in the online ecosystem, branded digital video and trying to sell ecommerce,” Knapp said.

Work began on the platform last October, with the development funded by the founders and small investments from friends and family. The platform first launched in January, testing with six online retailers in the fashion, swimwear, and kids space.

“We had fairly low expectations about what might happen, but the results were one in three people clicked on at least one product while they were watching. That was quite extraordinary,” Knapp said.

“In my career I’ve also been a forensic accountant, and data is something that doesn’t tell a lie; you can spin stories and create market branding positions but underpinning Pixmoto is a rich layer of data, tracking everything, whether someone’s using a mobile device, where they are, how long they watched, and what products they clicked on. So we were able to see who exactly was watching, when, and what they clicked on, so that was a real springboard for us to throw our energies into the next phase of the process.”

The next big step for Pixmoto was the BoomTown Accelerator in Boulder, Colorado, an unplanned move. With Liu based in Boulder at the time, the team had applied for the program with their earlier TV-focused product 2V but was unsuccessful. Then in July this year, the BoomTown cofounders reached out to ask whether the team was interested in going into the program’s Fall class.

“Peter was back in the US at that time, so he went to the interview and the BoomTown team were all expecting details about 2V but Peter presented Pixmoto. They loved it from the first time we went in, and they love companies that have gone through a pivot. Two weeks later I was flying out to Boulder to start the program,” Knapp said.

Knapp said the program, which finished up a few weeks ago, was “quite extraordinary.”

“We got in and on the second day they said, we love what you do, but we want you to start again, we want you to continue to validate why you think this product that you’ve got, and this business, is worthwhile. It was an amazing process, really challenging, because they test every detail of your assumptions of why you think the product’s going to be any good.”

Perhaps most importantly, the BoomTown experience has opened Pixmoto up to the US market, which will be its focus going forward. Knapp will be heading back to Boulder to head up the startup’s operations there, with Pixmoto already having signed a partnership with a US-based affiliate marketing firm.

“About 16 to 20 percent of online transactions today come through affiliate marketing channels. For us it made sense; the affiliate marketing distribution marketing scene is thriving, so we made a strategic decision to make sure Pixmoto can be used by the marketers through the network to help clients drive more traffic,” Knapp explained.

A number of global publishers are currently taking part in Pixmoto’s beta program, which is set to finish by the end of January. Getting through that is at the top of the to-do list, with the team also in the middle of raising a seed round of $850,000. Going forward, Pixmoto will also be looking to tap into the YouTube market, helping social vloggers and product reviewers extend their reach and license content back to brands.