Airtasker jobs have soared after lockdowns, up 70%

Casual jobs marketplace Airtasker this week held its first AGM since listing six months ago and despite the disruption of 2021’s pandemic lockdowns, pent-up demand to get things done has seen use of the platform soar.

Airtasker’s (ASX:ART) gross marketplace volume (GMV) – a measure of activity on the platform –  crossed $200 million as an annualised run rate (ARR) for the first time, just weeks after Sydney began to emerge from its lockdown restrictions. That figure is more than double FY2019’s pre-Covid GMV, while company’s FY21 GMV was $153.1 million.

That figure was itself a beat by 17% on the the prospectus forecasts from its ASX listing in March.

The latest numbers suggest the service economy has bounced back rapidly since the lockdowns began, with Airtasker’s GMV up more than 70%.

“Airtasker’s economic data is showing that Australia’s local service economy is performing well and bouncing back strongly following the Covid lockdowns,” he said.

“It’s been a tough 18 months for many service providers across the country but we’re heartened to see that as the nation reopens, activity is bursting back too.” 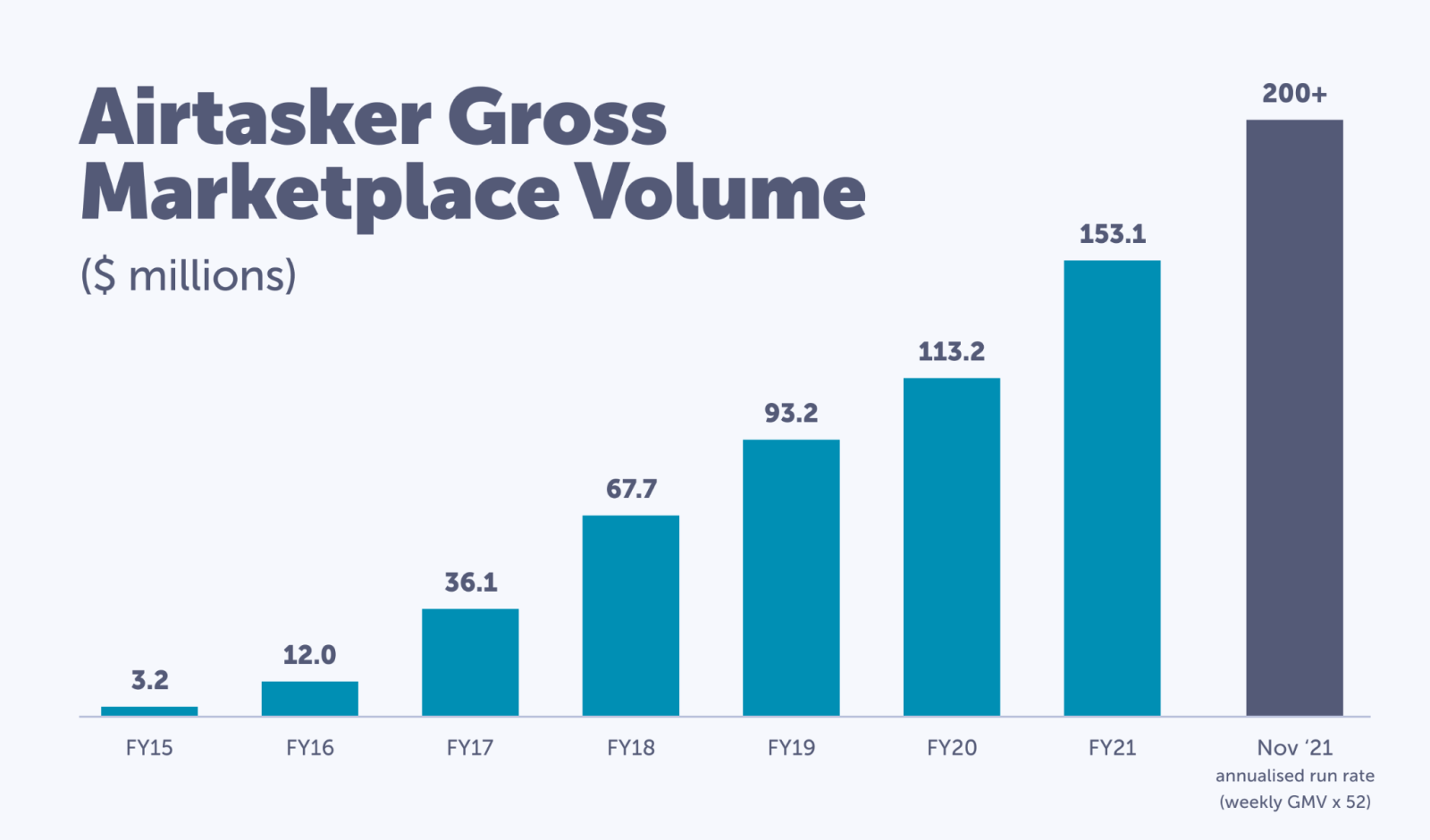 The platform has now starting to paint a picture as a leading indicator for the nation’s service economy and activity levels, almost in real time.

Since launching in 2012, Airtasker has enabled more than $1 billion in working opportunities and served more than 1 million unique paying customers.

Airtasker listed at $0.65 cents a share in March after raising $83.7 million. Those share now sit around 50% above the listing price, finishing at $0.995 on Wednesday following the AGM.

NOW READ: Airtasker taps investors for $21 million, goes shopping, as it sets up for US & UK expansion