● Positive operating cash flow of $5.5m, ahead of prospectus forecast of $0.1m

Casual jobs marketplace Airtasker (ASX: ART) has posted a 38% jump in revenue for the 2021 financial year, beating the prospectus forecasts from its ASX listing in March.

Underlying net profit after tax was a $1.03 million loss, with a pro forma NPAT loss of $2.33 million.

GMV growth was driven by an increase in unique paying customers to approximately 415,000 (2020: 367k), exceeding the prospectus forecast by 10,000; and by growth in the average task price.

Airtasker said “stage four” restrictions in Melbourne and regional Victoria, from July to October 2020 and again from 28 May to 10 June 2021 had a notable impact, but that led to pent up demand and a strong uplift in marketplace activity as restrictions eased. The restrictions did not have a material impact on the Group’s financial performance in FY21.

But on July 29 this year, the company said the latest COVID-related lockdowns in Sydney, Melbourne and Adelaide had seen weekly GMV fall by around 12% in July compared to pre-lockdown.

There were no dividends paid, recommended or declared for FY21. 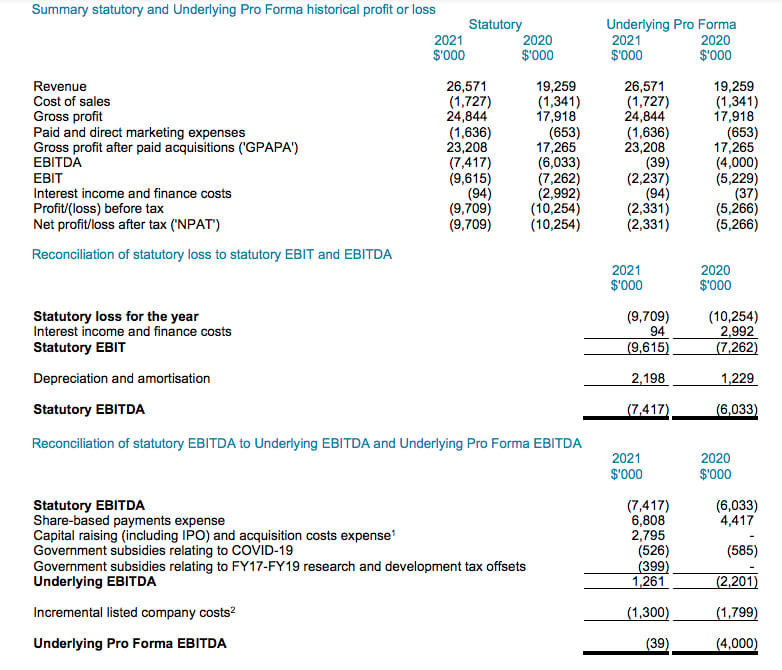 Airtasker co-founder and CEO Tim Fung said had been “a super awesome year” for his nine-year-old company.

“I’m really stoked to see the Airtasker marketplace create more job and income opportunities than ever,” he said.

“Now that our Australian marketplace is operating cash flow positive – and with our UK marketplace starting to flourish – we’re really excited to get to work on international growth!”

The business generated a positive operating cash flow of $5.5 million for the 12 months.

The company said the improvement was due to revenue growth, partially offset by higher expenses as the Group continued to invest in core product development and increased its investment in marketing in the second half of FY21.

The higher FY21 underlying pro forma EBITDA compared with the prospectus forecast was due to revenue growth exceeding prospectus forecast, combined with lower expenses than forecast. The figure includes a legacy contra advertising spend of $2.4 million, which relates to an historical investment made by Seven West Media.

The UK has performed strongly with GMV up 232% year-on-year and 93% quarter-on-quarter.

After announcing its plan to acquire US local services marketplace Zaarly for $3.5 million (US$2.6m) in May, Airtasker subsequently raised $20.7 million additional capital to fund the deal and for  further investment in international growth.

The company said its acquisition and integration of Zaarly is progressing well with planned market launches in Kansas City, Dallas and Miami in H1 FY22.