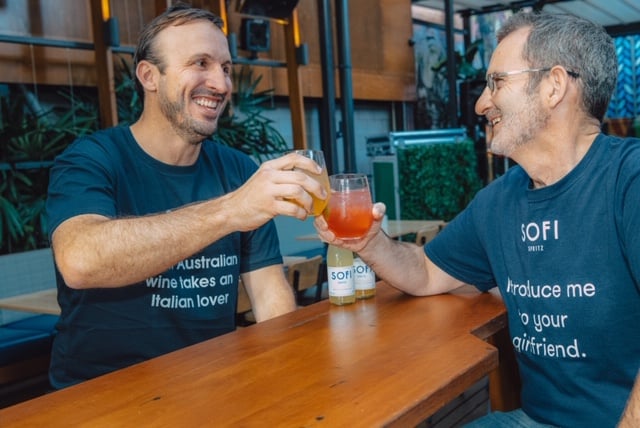 SOFI Spritz, the ready-to-drink (RTD) cocktails venture that began at Bondi Farmer’s Market in 2013, is  seeking $1 million in equity crowdfunding as it looks to target international markets.

The venture has already held three rewards-based crowdfunding campaigns via Pozible and is now turning to Equitise, for equity funding of between $400,000 and $1m, offering up to 12% of the business at $1 per share.  If the full allocation is sold, the business would be valued at $8.415 million.

The wine-based drinks, a riff on the 1980s West Coast Cooler is found in retailers such as bottle shops Dan Murphys and BWS, as well as on Virgin Australia flights.

The business attracted backing from Shark Tank sharks Glen Richards and Steve Baxter in 2016, with the duo remaining advisers to founder and CEO Tom Maclean.

The three flavours currently in the range – white peach and ginger, lemon and elderflower, and blood orange and bitters – are available in bottles, cans and kegs on tap, and Maclean is hoping to expand the range.

He says there on track to serve more than 2 million cocktails this year, with 50% growth year-on-year.

Based in the Mudgee wine region of NSW, the business now exports to Vanuatu and more recently PNG, with plans for more global exports in 2020.

“SOFI is a genuine Australian startup, with global ambitions and a vision to become the number 1 drink of choice for the casual aperitivo occasion,” Maclean said.

While the target market is 20-34-year-old women, no doubt the product will appear familiar to any of the parents chugging on West Coast Coolers in the 1980s.