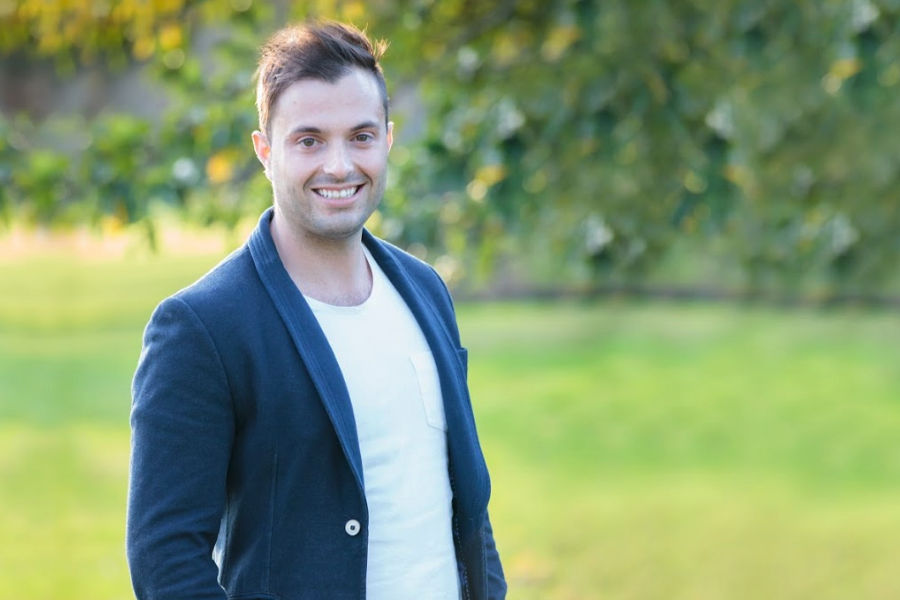 It has truly never been easier to find a dating app or site suited to your unique tastes in people and how you like to meet them, but if none of the hundreds out there are working for you, never fear, because another app is launching to try its hand in the market: Spota.

Founded by Melbourne duo Justin Borg and Matthew Kalandos, Spota brands itself as a “social discovery” app rather than a dating app, and looks to blend the online and the off by allowing users to connect with people they see – or Spot – in real life.

Said Borg, Spota was born out of his own frustrations using existing apps, which he felt still didn’t really allow you to connect with people you see in real life.

“Apps like Tinder and Bumble show you people up to over a 100km away and apps like Happn show you people you have crossed passed with retrospectively, not in the moment,” he said.

“[Also], I was sick of the same boring conversations and it turns out my friends were having the same issues. My female friends in particular were disenchanted with dating apps, thanks to sleazy pick-up lines and we decided there needed to be something better out there.”

And so Borg got to talking with Kalandos over some beers, joking that they just needed a way to “hit a button and see people within your immediate vicinity”. Then they realised they might have an idea worth building.

“We asked friends, family, acquaintances and even strangers if they would use an app that could connect you with people you see in real life. We didn’t tell them it was our idea – we told them there was already an app out there – but everyone we asked said they would download it, so we decided to bring it to life,” Borg explained.

The cofounders have so far self-funded the development of the app; the process was a long one, with Borg saying Spota worked with a number of development agencies until “a string of expensive, negative experiences” eventually had them decide to develop in-house.

The app works primarily to connect users within a 100 metre radius. Upon spotting someone they like, Spota will send a user a random ice breaker question as a friend request. The user who sent the question has to respond to the ice breaker before the two can properly start chatting. (Nobody just goes up to anyone to talk to them in person first up anymore.)

“This ensures both parties opt in to chat and prevents users from being spammed from someone they might not be interested in,” Borg said.

The ice breaker question feature came into the app through the development process, as the cofounders talked to more people about their use of dating apps and heard about their negative experiences.

“Initially we had a common like/dislike request system, but a lot of our female friends had mentioned how rude men can be on dating apps when starting conversations. The ice breaker feature is one way we mitigate rude opening remarks as well as doubling as a fun way to get a conversation started,” Borg explained.

Of course, since many people love to swipe, swipe, swipe through randoms from the comfort of their couch rather than a venue, Spota also allows users to look through and send an ice breaker to someone more than 100m away once a day.

“Spota’s main focus was on people within a 100 metre radius, however we were realistic in recognising we would need to onboard a large amount of users in a short amount of time for users to be able to get the most out of the app, so we also allow people to scroll through users who are up to 100km away,” Borg said.

With the startup targeting 18 to 25 year olds, Spota is looking to build its name and get users on board through strategic partnerships, kicking off with Schoolies on the Gold Coast. The partnership will see Spota host a number of events and activities for partygoers over the course of the festival.

Currently free, Borg said Spota will for the time being focus on building up a user base before looking to paid features. Of course, building up that user base won’t be an easy task; more than one Australian dating app has gone up against the likes of Tinder, Bumble, Grindr and done, well, not much.

However, Borg believes users are tiring of what’s already in the market.

“Existing apps work in a retrospective way or do not have the granularity to show people in your immediate vicinity. Spota’s focus is to connect users that are in the same venue such as bars, cafes, universities, music festivals and more, bridging the gap between the physical and digital world. Spota allows users to meet and introduce themselves to real users that are in front of them, rather than being a platform for chatting to online personas up to hundreds of kilometres away.”