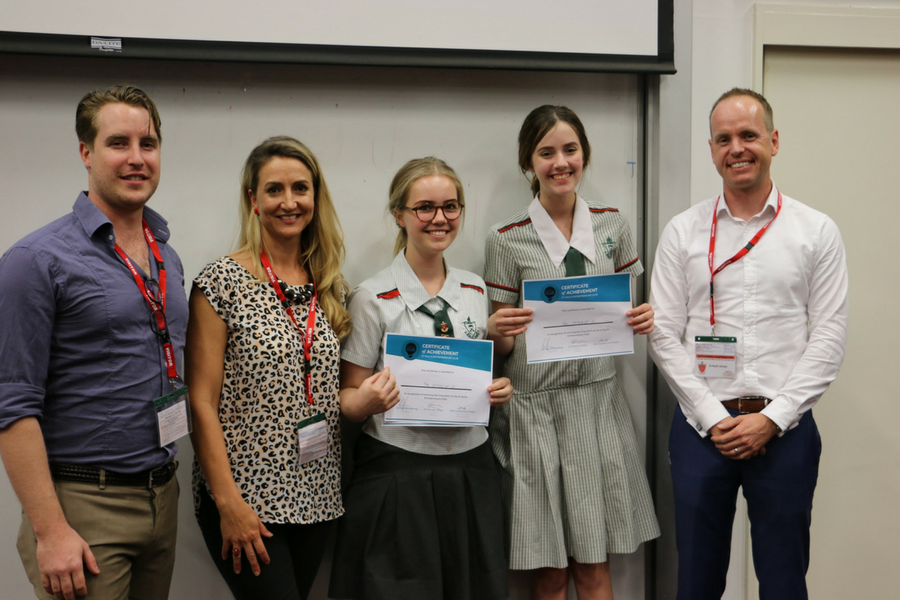 It is now widely accepted that for Australia to develop a culture of entrepreneurship, we need to encourage young people to think entrepreneurially and consider business ownership a viable career path.

As reiterated most recently by the 2016 Crossroads report, released last week, this starts at school; in fact, the implementation of entrepreneurship programs in all primary and secondary schools across Australia was one of 14 key recommendations made by StartupAUS.

Reaching every school around the country is a big ask, but the movement has started. Brisbane’s St Paul’s School earlier this year partnered with startup community River City Labs to launch an Entrepreneurs Club, aimed at helping prepare students for a world where the pace of change is faster than any other time in history and traditional career paths are uncertain.

Dr Renae Jones, facilitator of the course, said the course was originally meant to run once a fortnight for 16 weeks, however the students were so keen to learn that the course evolved on the go to add additional sessions. Participants were given access to more coaching, took excursions, and held ‘speed dating’ sessions with mentors.

The overall aim was for participants to learn about entrepreneurs and how to live entrepreneurial values every day, Jones explained; on a practical level, this meant taking the students through lean startup methodology, from ideation to customer engagement and feedback, pricing and revenue models, and distribution, all the way through to pitching to a panel of judges.

Fifteen students went through the course, with two staff members also taking part. Jones said it was interest to see there was no consistent pattern of subject interests or backgrounds: one or two participants were taking business-related subjects, a couple had an interest in IT, a couple were studying design at TAFE, and so on.

“The key commonality I quickly discovered was their approach to learning and adoption. If you look at Roger’s Innovation Adoption Curve, they were all certainly Innovators, even if they didn’t realise coming into the course; such brave people with a keenness to take risks, improve the lives of others and a love of learning how the world works,” Jones said.

While a couple of participants came in with ideas, an ideas session was held early on in the course to help participants identify legitimate problems that need solving. From there six teams were formed and work began on validating them.

Among the ideas developed through the course included an activity managing app for facility managers, a virtual reality app helping consumers see which shoes will actually fit them when shopping online, and a health and safety device for IV cords in hospitals.

The winning idea as determined through the pitching event held at the end of the course was The Stitch Up, developed by year 11 students Sarah McDonald and Harriet Nixon.

The startup looks to solve a problem many of us have faced: what to do with the shirts we have collected that, despite having some significance to us, we will never wear.

“An old school jersey, a sports shirt, a shirt you got from travelling, or even something of deep personal significance…all of these have fond memories attached to them, yet eventually that shirt will always be shoved to the back of your wardrobe, out of sight and out of mind,” McDonald explained.

The Stitch Up’s solution is to repurpose these shirts into pillows, not only giving them a new lease on life but most importantly allowing customers to keep cherishing the memories associated with the shirt.

The service works by having the customer send in their shirt, either through the mail or in person, with an order form. From there, The Stitch Up team is able to transform it into a pillow in 10 to 15 minutes; a sale running in the lead up to Christmas puts the fee for the service at $24.95.

“We can make up to five in an hour, per person. The next step is to increase our manufacturing capacity, increase our marketing, and formalise the business operations,” McDonald explained.

Given they’re still at school, the team is currently servicing its cohort and their parents, however McDonald said they have identified sports fans and frequent travellers as solid target markets.

The cofounders went into the program with no ideas, with McDonald explaining they pivoted time after time before landing on The Stitch Up’s current model halfway into the program. One of these pivots focused on the business model, with McDonald and Nixon keen on operating as a not-for-profit; eventually persuaded to work as a for-profit, they have pledged to donate 20 percent of profits to local homeless shelters.

As McDonald and Nixon gear up to pitch The Stitch Up at River City Labs and work out how to manage the business as they head into their busy final year of school, Jones said work has already begun on how to further develop the Entrepreneurs Club next year.

“In some ways, the Club is its own startup We have our minimum viable product, it’s now a case of scaling it up and expanding its capacity. It really is something that differentiates St Paul’s School from many other schools in Australia,” she said.

By all accounts, even as an MVP the Club and the engagement level of the participants surpassed expectations, with Jones saying she was surprised by the resilience of the teenagers taking part in particular.

“Many of their ideas didn’t get past validation stage, meaning they had to either pivot or start again. The winning team came up with their idea very late in the course. That was fabulous to watch,” she said.

“My intention was never to explicitly teach them entrepreneurial values like resilience, optimism, and curiosity, moreover to have them learn it by doing and experiencing the club, by doing their fortnightly reflections, by debriefing in their teams. Where they started to where they finished simply astounded me.”