Designing our digital life: how UX designers are shaping our modern reality 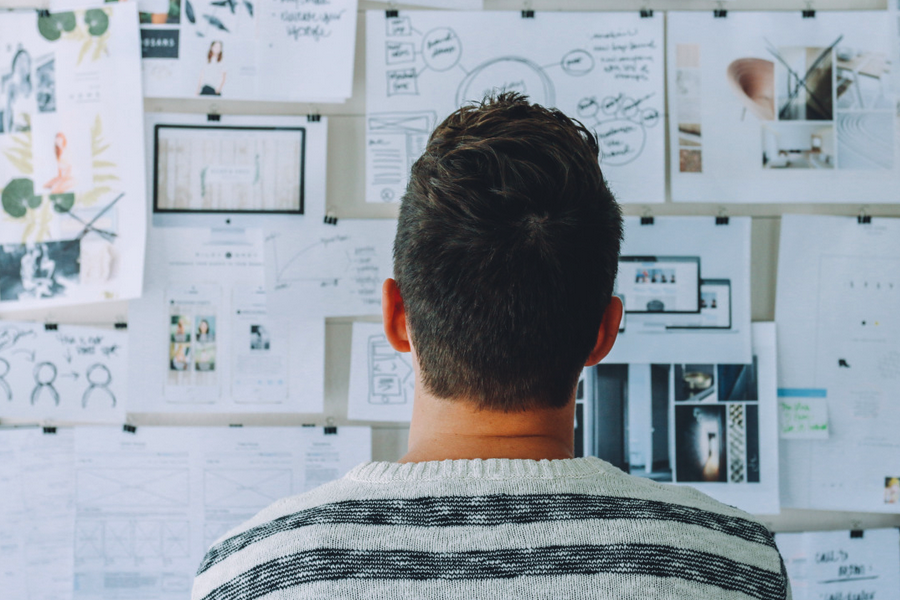 Can you read this OK?

Is the typeface large enough?

Is the backlight on your screen bright enough?

How responsive is your screen or mouse when you scroll down the page?

Are the banners and menus distracting or enticing?

How likely is it that you’ll read all the way to the end of the article?

Probably not the questions you’d normally ask yourself, unless you work in the growing field of User Experience, or ‘UX’ as it’s known by its proponents.

These are just a small sample of the millions of factors that need to be considered in designing the seamless experiences you expect from your countless digital interactions, whether in your business environment or your personal life.

UX is not strictly limited to your experiences in this dimension either, as an army of designers have already begun designing the virtual worlds you’ll be visiting in the not too distant future.

Researchers have estimated we spend around 5.8 hours a day on personal devices such as mobile phones, tablets and laptops as we keep tabs on our social lives, stay ahead of current events and perpetually stave off boredom.

Add in the amount of time we spend interacting with computers and other digital devices at work or in school and we’re not left with many experiences that aren’t digital by design.

Even simple tasks such as buying groceries or changing the TV channel now involve interactions with a digital interface.

Behind every one of these interactions is a UX designer or in many cases, an entire team of UX designers. Their job is to improve the accessibility, usability and overall enjoyment of a product, particularly digital applications, software and appliances.

This is easier said than done as the revolutionary improvements in UX that excite and delight us one day become the baseline of what we expect from every interaction the day after.

Less than ten years ago, many of us were wowed by the touch screen on an iPhone but we now expect to be able to swipe the screen on every device, from ATMs to TVs.

Similarly, the opportunity to pick and choose from millions of apps on our mobile phones was once a novelty but app downloads have stagnated in recent years as it seems many of us have decided we have all the apps we’ll ever need.

So what does the future of UX design look like and what are some of the new technologies we’ll soon be tasking designers to perfect on our behalf?

“There’ll be new UX roles that are responsible for designing the physics of the virtual reality universe to make sure that when a ball bounces in VR, it looks like a real ball,” Ross says.

“You’ll have people from a variety of different industries, such as physics and other science industries, coming together to work on these virtual reality experiences”

Deloitte’s recent announcement that VR will be experiencing its first Billion dollar year in 2016 provides the most concrete proof that the age of VR has truly arrived.

Ben Ross also points to the rise in artificial intelligence applications as a key growth area in the UX design field.

While malevolent robots may spring to mind when talking about AI, the truth is we’re already immersed in AI technology, from our frequent queries to Siri on our iPhone through to our Facebook feed that always seems to know exactly what we want to see.

“We’ll soon come to a point where AI will be regularly making decisions for us and a good example of this is Uber, which can tell us how many cars are sent to a particular area at a certain time,” Ross says.

A new trend that’s exciting the UX field is the use of hapnotic feedback which involves the use of pulses and vibrations to stimulate the user through touch.

Think subtle vibrations that gently urge you to purchase or pleasant pulses that invite you to stay on a page, the term hapnotic literally refers to the combination of haptic or touch technology and hypnosis.

Another less insidious development in UX is the growing need to reduce what’s called interstitial anxiety or the feeling we get when we click a button and wait for something to load.

Although we may not be consciously aware of it, these small moments of tension factor into low level anxiety and poor user experience, which is why UX designers are becoming increasingly focused on developing preview elements to anticipate the next sequence and ultimately keep us positively engaged.

While UX designers are tasked with constantly adapting to emerging technologies, new technology is also enabling them to stay one step ahead of the users they’re designing for.

Eye tracking is a process of research and data collection that’s been in the works ever since Louis Émile Javal began studying the eye movements of people reading in the 19th century.

New advancements in eye tracking software could revolutionise the UX industry by sourcing key insights that are otherwise unattainable through other methods according to Ben Ross who says the possibilities for this technology are currently endless.

“Eye tracking software is not invasive, so during a test, the user can focus on the task in front of them while the UX team captures physiological data on their conscious and unconscious experience, a process which is unique only to eye tracking software.”

It’s a combination of optical technology and UX innovation that’s allowed MYOB to revolutionise the time consuming process of bill processing for businesses of every size.

“This saves our users even more time from manually entering data and if a supplier’s ABN is not already on a user’s books, it will be read from the supplier invoice, validated against the ATO service and automatically added to the supplier details,” Ross says.

“In other words, users no longer have to keep paper files which is why this is such a fantastic example of how we’ve used UX to create a simplified, effective and positive experience for our customers.”

With so many new digital experiences to design for and a cavalcade of new research tools available, the future of UX design looks bright as job growth in the field is predicted to reach more than 30 percent in 2017.

So what are the skills that UX leaders are looking for when they’re hiring for these next-gen roles?

“Firstly, we’ll need people who are skilled at analysing data and coming to intelligent and useable conclusions which we can then feed through into product development,” Ross says.

“Secondly, we need people who are trained in anthropology, which may sound unusual but UX designers need to understand the intrinsic drivers of human behaviour.

“There’s an area of behavioural economics that’s increasingly important in the UX field and no matter how automated technology becomes, human connection and human understanding will still be of more value.”

While technical and theoretical skillsets of every variety will have a place in UX design, the creativity that many of us associate with design roles will still be an essential asset according to Ross.

“I’m attracted to people who have an understanding of the human experience and design, and can use those skills in creating technology that’s intelligent and intuitive.”

As technology takes on a greater role in our lives, whether at work or at home, the eventual adoption of any new technology is still heavily reliant on how well that particular technology relates to us as human beings.

As the workplaces, schools and homes around us change before our eyes, the role of UX designers in shaping this new future promises to be as historically significant as any previous field of human endeavour.

This article was first published as an advertisement feature on bbc.com and was created by BBC StoryWorks, BBC Advertising’s commercial content team, on behalf of MYOB.