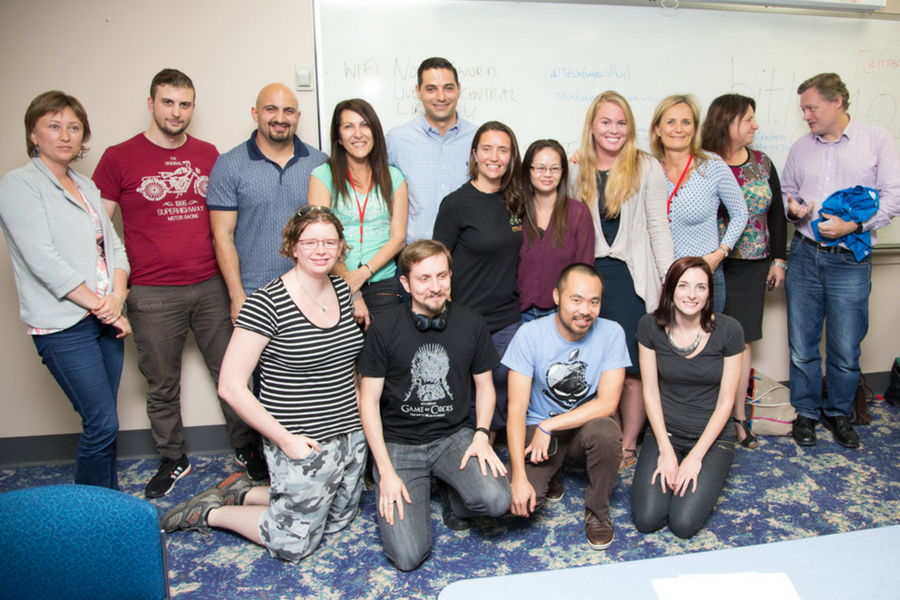 Techfugees Australia has announced its third hackathon, bringing together refugees and the tech community to find solutions to the refugee crisis. To be held in Sydney from November 5-6, Techfugees will facilitate the development of solutions aimed at helping refugees settle into the Australian community.

Techfugees is part of a global movement that began in 2015 and now holds numerous events around the world. Many of the events have brought together hackers, humanitarians, entrepreneurs and refugees to develop creative tech solutions for young refugee settlement.

The themes and challenges for the latest Sydney event include: safety and wellbeing, learning the language, community connections, recognition for prior qualifications, employment, identity and belonging and knowledge of support services. These challenges have been articulated by Techfugees partner, Settlement Services International [SSI], the largest not-for-profit humanitarian settlement organisation in Australia.

“Hackathons have traditionally produced impressive results across the globe, and we are delighted to contribute to such a cutting edge way of finding affordable solutions for not-for-profit organisations. What a great way to welcome refugees into Australia,” said Violet Roumeliotis, CEO of SSI.

After the two-day event, a prize will be awarded to the hack that makes the biggest impact to one of the seven identified issues. Awards include a place at Catalysr, a refugee and migrant incubator and cash prizes from the Awesome Foundation Sydney, one of the event’s major sponsors.

Leaders of the tech community will mentor teams throughout the weekend, while refugees who have recently settled in Australia, will help them understand the deep rooted problems faced by the refugee community.

It’s no secret that the refugees at Nauru have experienced great pain and suffering and even after they leave, they take with them their troubled past as they try to settle into the Australian community. Many refugees experience problems with ‘fitting in’ and the media has contributed its fair share of fuelling stereotypes and racism, all the more isolating the refugee community.

The standard of healthcare in Nauru is increasingly being questioned, with cases of pregnant mothers being flown out in critical conditions, distressed refugees setting themselves on fire and other cases of self harm and mutilation that have been intensifying over the last year.

In August this year the trauma and abuse inflicted on children held in offshore detention centres came to the forefront, after documents were leaked from inside the immigration regime. Dubbed the Nauru Files, more than 2,000 leaked incident reports revealed the very conditions refugees face.

According to the Guardian, more than half of the reports involve children, although children made up only about 18 percent of those in detention on Nauru during the time covered by the reports, May 2013 to October 2015.

The issues don’t just lie with young people that are in detention, they continue when they are eventually resettled. This is why Techfugees is important, it aims to provide a way for refugees to find their way in a community that is nothing short of alien to them.

“Settling as a refugee in a new country can be an overwhelming and daunting task, and we welcome any innovation that aims to combat the complex issues that the refugees we support often face,” said Roumeliotis.

“Many refugees face significant hurdles once they arrive in Australia, such as barriers to employment, education and equality, and we are excited to be a part of such an innovative approach to finding solutions,” she added.