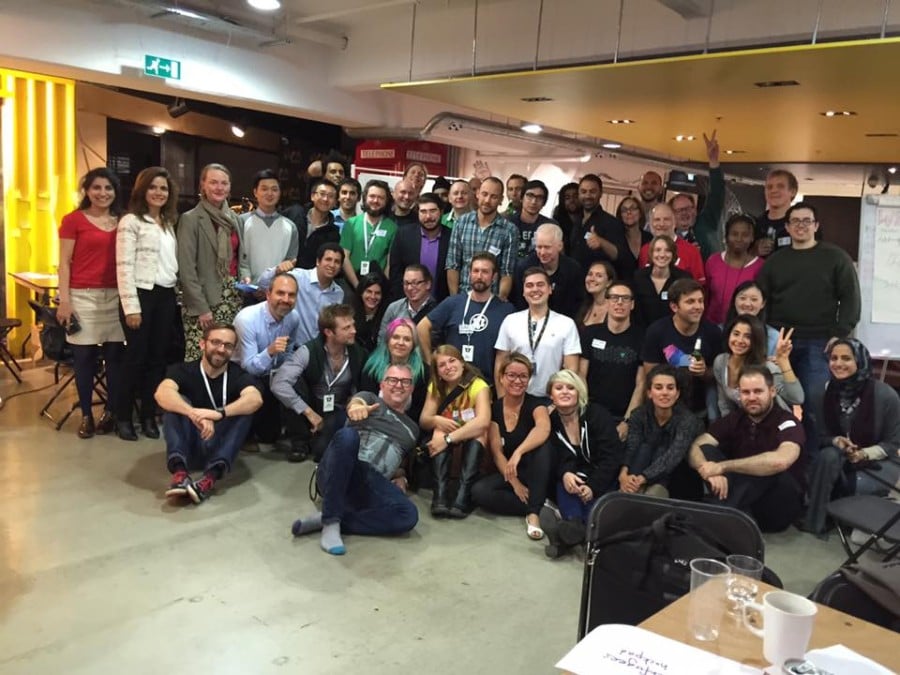 Though the tech community is constantly working on products, services, and events through which it hopes to make a difference in society, for whatever reason, the success rate of these efforts is often mixed. By having hackers learn about the problems they need to solve directly from the people who experienced them, this month’s Techfugees Hackathon aims to help tech teams develop effective solutions to the issues facing refugees settled in Australia.

To be held on the weekend of November 28 at Liverpool Library, Techfugees wants to be more than just another hackathon. Rather than work from only data itself, the hackers will also hear from refugees about their experiences and work side by side with them to come up with solutions, with the winner on the weekend taken through incubation to launch by sponsor Settlement Services International (SSI), a not-for-profit working with refugees and asylum seekers around NSW.

Organiser Anne-Marie Elias said the idea for the event originally came from muru-D’s Annie Parker, who reached out to a few people on Twitter and got Elias, Nicole Williamson of LanzaTech, and others involved. It comes after similar events were run around Europe in response to the European refugee crisis.

For Elias, having the refugees themselves involved in the event was crucial.

“I come from a social policy background; I spent 30 years working for social disadvantage and my biggest concern there is that we do things to people all the time, and we have failed people, not the tech community but government. So my thinking was to keep government far out of it and, thinking of how to have the end user in the room, get the refugees co-designing the solution rather than be consulted at the end,” she said.

Not wanting to get drawn into political debate about off-shore processing and the legalities of asylum seekers and refugees, the organisers have focused the event on life for refugees after they have settled in Australia, looking at issues such as employment and education pathways.

They have also made the choice to get out of the usual hackathon spots around the Sydney CBD and have teams immerse themselves in the heart of the issue in Liverpool; the majority of Australia’s refugees end up in western Sydney.

“By taking the hackers out there we’re immersing ourselves in a community where we can see what happens to refugees and how they live down the track,” Elias said. “By partnering with Council and the library it’s also inspiring and enrolling a bunch of people along the way that haven’t been privy to this process.”

With Elias also concerned about the lifespan of the startups and their solutions after the event – let’s face it, how many teams formed at a hackathon live on? – getting organisations working in the sector to come on board and provide funding to support a team post-event was another important step.

Violet Roumeliotis, CEO of SSI, said the event is a great opportunity to support the needs of refugees in Australia, particularly ahead of the additional refugee intake announced by the Federal Government in September.

“Settling as a refugee in a new country can be an overwhelming and daunting task, and we welcome any innovation that aims to combat the complex issues that the refugees we support often face. Many refugees face significant hurdles once they arrive in Australia, such as barriers to employment, education and equality, and we are excited to be a part of such an innovative approach to finding solutions,” she said.

“Hackathons have traditionally produced impressive results across the globe, and we are delighted to contribute to such a cutting edge way of finding affordable solutions for not-for-profit organisations. What a great way to welcome refugees into Australia.”

Techfugees is also being supported by STARTTS, a not-for-profit providing psychological and counselling support for refugees.

Elias is looking at Techfugees as a sort of test for a wider series of events she hopes to run next year, hacking various issues of social policy such as domestic violence, youth suicide, homelessness, and more. Like Techfugees, she hopes to have the hackers work with those who have experienced the problem first hand in order to create solutions for partner organisations that will live on beyond the hackathon weekend.

“We’re committed to showing that hackers and the tech community want to be a part of social change. Let’s hack for social change because whatever’s been applied to these problems isn’t working,” she said.

You can learn more about Techfugees here. Note: a bus has been organised to take participants from Central station to Liverpool.