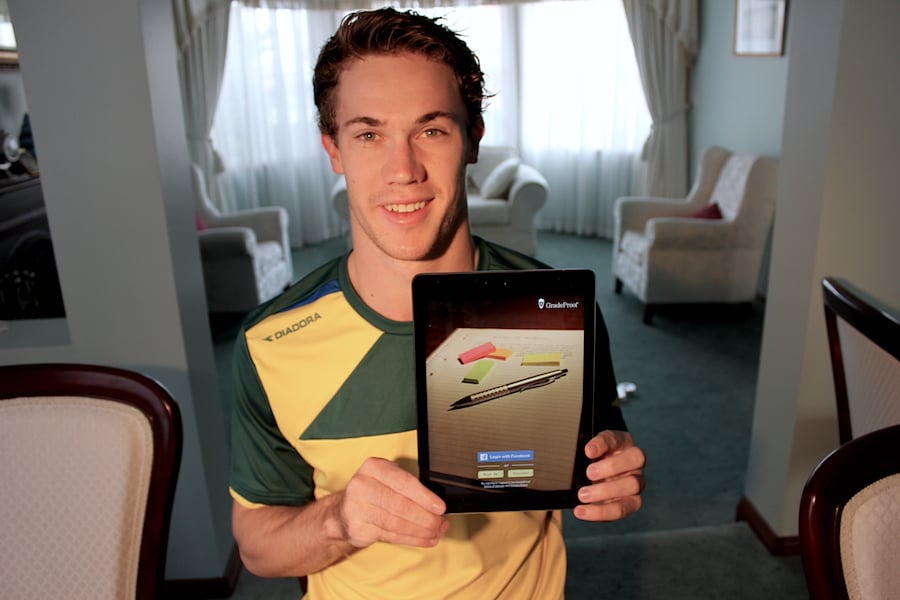 Many university students are chronic procrastinators who prioritise short-term relief (avoidance) when there’s an aversive task at hand, like a major essay. The problem with writing essays the night before or on the day they’re due is that they’ll be rush jobs with countless spelling and grammatical errors no matter how many times the essays have been proofread at 3am. Worse, the essays may even contain accidentally plagiarised sentences. Accidental plagiarism happens when you’ve read something somewhere and the same idea, theory or sentence comes to you while you’re writing your essay and you’re convinced you’ve come up with it on your own. It sounds silly but it happens more often than people think.

But many Australian universities use a software called Turnitin to check for plagiarism and ensure academic integrity. Once plagiarism is detected, there are serious consequences including failure, suspension and potentially expulsion from a particular course.

This is where GradeProof comes in. With grammar analysis, sentence rephrasing, word count targeting and plagiarism checking built into the app, GradeProof simplifies the arduous task of text revision. The app is available to use on iPhones and iPads, and targets both students and businesses.

Users import documents from emails or online services like Google Drive, Dropbox and iCloud. The Spelling & Grammar check highlights grammatical errors that standard word processors can’t find and provides solutions. The rephrasing engine then analyses the document for ways to refine and restructure sentences, which can help increase or decrease word counts. The rewording tool then allows the user to ‘switch up’ sentences that they feel need fixing and the contextual thesaurus provides suggestions. Finally, the app checks for plagiarism across billions of online web pages, highlighting potential matches and giving a comprehensive summary of the results. With a few minutes, the document is ready for submission.

It’s worth noting that WriteCheck offers a similar solution. The benefit of using WriteCheck is that it has been created by the very company behind Turnitin, so once you get a tick of approval, you can rest knowing there won’t be any issues once you’ve submitted your edited essay. However, WriteCheck is not mobile friendly and is more expensive than GradeProof. With WriteCheck, you pay $7.95 per document, $19.95 for three documents or $29.95 for five documents, with unlimited resubmissions allowed within a particular timeframe. Whereas with GradeProof, you can use advanced features for $1.29 per paper and edit papers inside the app, as opposed to resubmitting them after making tweaks on a word processor. That said, GradeProof is mobile-only at the moment, so those who prefer using laptops or desktop computers will have to switch to a mobile device to experience the app’s benefits.

GradeProof was founded by Australia’s fastest hurdler, 21-year-old Nick Hough, who came 4th at the Glasgow Commonwealth Games in 2014 and now has his sights set on the Rio Olympic Games. While training for the next Olympic Games, Hough is also completing degrees in Law and Information Technology at the University of Sydney, with Honours in computational linguistics. Though it only launched on iTunes last week, the app has already gained some industry recognition. Last month, GradeProof received an honourable mention at the Amazon pitching competition. The judging panel recommended that Hough “forget law, finish his computing degree and start a business ASAP.” He took the last piece of advice. After all, dropping out of law when he’s years into the degree may seem counterintuitive.

GradeProof’s scalability is apparent when you consider there are at least 1 million students enrolled in Australian universities, according Universities Australia. Although not all of those students are having to submit essays, a good portion would have to submit some kind of paper and would benefit from the app. In arts, education and law units, there are usually between three and five papers that need to be submitted per semester in addition to other assessments. If, say, 300,000 students are using GradeProof to check 10 papers per year, that’s more than $3.8 million in revenue for the startup and that’s underestimating its potential and completely excluding the business market.

There’s huge opportunity for GradeProof to tap into Asian markets, where education is taken much more seriously than in Australia. In Asian countries, there is a perception that education is the best way to overcome poverty. This might be why many Asian countries are seeking to implement new education technology as they rebuild the backbone of their education systems.

In more developed nations like Australia, we’ve seen a dramatic increase, especially in the past two decades, in international trade and investment flows, with many companies offshoring computer, consumer, financial, data-processing and business services. In fact, business success is increasingly contingent on the effective use of intangible assets such as knowledge and skills, rather than physical inputs or natural resources; and Asian countries are leveraging this to strengthen their economic positions in the world.

If GradeProof targets the education market in Asia, it may experience the same growth as startups like Literatu and ParentPaperwork that found greater success in Asia than Australia. That said, Australia is not a bad place to start.

Previous article Why are so many Australians reluctant to embrace EduTech?
Next article Sydney startup Townske wants to help travellers explore cities like locals
Via Profiles
Tags AppAustraliaEducationfeaturedGradeProofNick Houghstartuptechnology